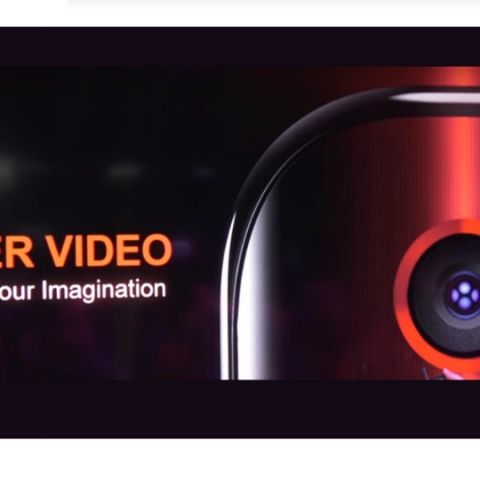 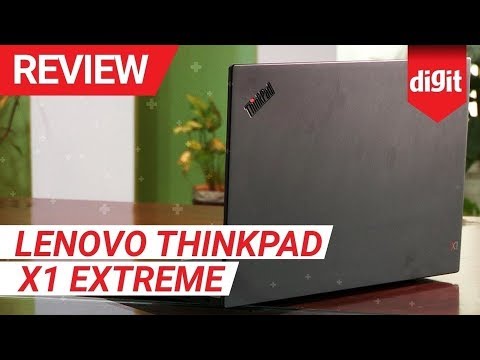 Earlier this week, Chang Cheng, Vice President of Lenovo Group, posted on Weibo that the company would launch the Lenovo Z6 Pro phone on March 26, however, it didn’t show up. In the latest post, the executive has announced that the phone will launch in April. He also teased that the phone will come with a “billion level pixels”, hinting that it could come with a 100MP camera, and could become the first company to launch such phone.

The USP of the phone is a ‘Hyper Vision’ camera sensor to record ‘Hyper Videos’. Lenovo hasn’t really detailed what this technology does but it has been hyped in the media circles. This is not the first time that the launch has been postponed. It was earlier reported that the phone would make an appearance at MWC 2019 in Barcelona, but it didn’t and the event was headlined by foldable devices and 5G provided by Qualcomm’s X50 modem. 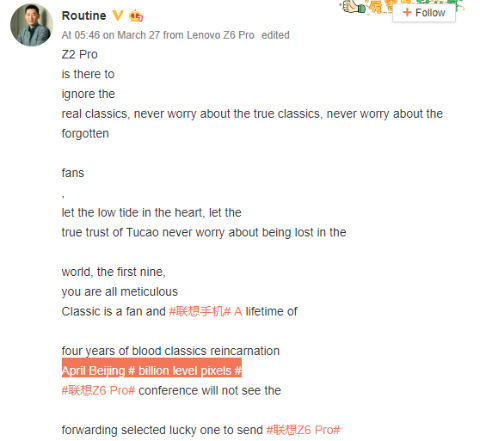 Now coming to the specs of the Z6 Pro, it is being reported that the phone will carry the Snapdragon 855 processor and the X50 modem for 5G capabilities. For those who don’t know, Lenovo was the first company to launch a phone with Qualcomm Snapdragon 855 processor, however, the phone did not have the 5G modem. Called the Lenovo Z5 Pro GT, it is also the first phone ever to feature a 12GB RAM.