Honor 9X Pro is the first Android smartphone to launch in India without Google services. As a result, popular apps like Gmail, Google Maps, etc. won't run on the device. 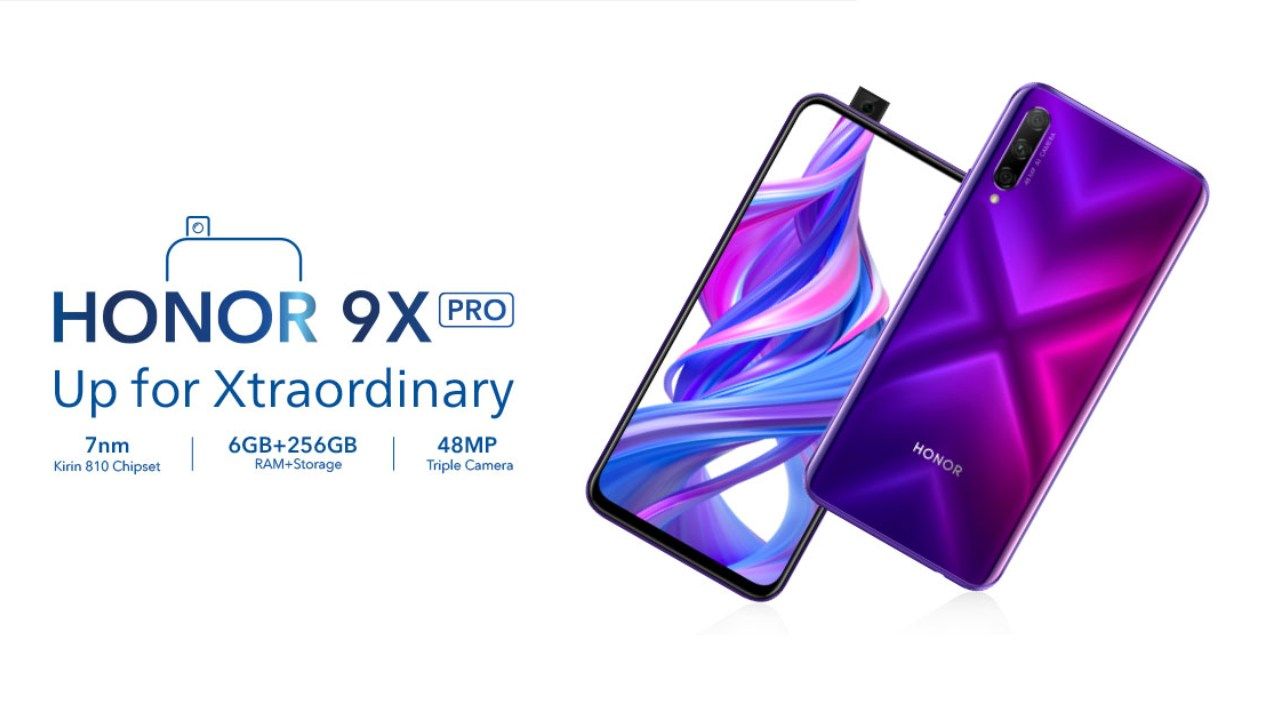 Honor’s momentum in the Indian smartphone market was punctured by the ongoing tussle between the United States and Huawei with the Chinese company barred from offering Google services on its smartphones. The Honor 9X was launched back in January, and since it was launched in China before the ban took effect, the Honor 9X did come with the familiar Google apps. Now, the company has announced the Honor 9X Pro with upgraded hardware, sans the Google apps. Instead, it comes with Huawei Mobile Services or HMS which Huawei developed as an alternative to the core services run by Google on Android phones launching outside of China. You can read more about HMS in this article.

How different is the Honor 9X Pro from other smartphones? Not much, if you look at the hardware inside. It’s powered by a 7nm Kirin 810 SoC which can take on the latest and greatest in the mid-range segment, at least on paper with the latest Cortex A76 and A55 cores along with a Mali G72 GPU and a dedicated NPU. There is adequate RAM and storage in the smartphone and the camera setup is in line with what you get today, a Sony IMX582 48MP primary camera, an 8MP ultrawide lens and a 2MP depth sensor. On the front is a pop-up module housing a 16MP selfie shooter allowing the screen to stretch all the way to the edges. That’s pretty much in line with the design and hardware trends we saw last year and the beginning of this year.

However, the software experience on the Honor 9X Pro is now totally different. Because it lacks the usual Google services and apps like Google Play Store, Gmail, Google Maps and the likes, someone already invested in the Android ecosystem will find themselves unable to access these services. Don’t think Honor hasn’t thought about it though. We learnt some of the steps that Honor is taking to educate users on the new services on the Honor 9X Pro for users in India —

A detailed listing page on Flipkart

The Honor 9X Pro will be sold via Flipkart and the e-commerce platform is hosting a detailed product page for the smartphone where all the details about the Huawei AppGallery are clearly mentioned. Furthermore, there’s a registration link which asks you a bunch of questions and then redirects you to a FAQ page which once again tackles the burning questions arising out of a lack of Google services.

One of the biggest doubts around purchasing the Honor 9X Pro is the availability of apps on the new app store from Huawei. The vast availability of apps is one of the biggest reasons to invest in the Android ecosystem and the Google Play Store hosts millions of apps already. The Huawei AppGallery may not have the big numbers to show yet, but Honor assured they are working with apps and games developers to get as many popular apps as possible on the AppGallery. That includes the ones popular in India like Ola, Flipkart, TikTok, Hotstar and the likes.

However, apps like Netflix, Amazon Prime, Uber, etc. are still not present. For other popular apps like WhatsApp and Facebook, the AppGallery will provide a link to the official websites from where users can download the APK and use them like before.

As for services like Gmail, the Honor 9X Pro comes with a Mail app that can be synced with your Google account for emails. Furthermore, you can open Gmail from the browser app directly. Same with Facebook.

India is one of the largest markets for mobile games. And games like PUBG Mobile, Ludo King, Asphalt 9 and Call of Duty Mobile are wildly popular, especially during the ongoing lockdown. Unfortunately, among the popular ones, only Asphalt 9 and Ludo King are available on the AppGallery right now. An Honor spokesperson confirmed the company is working with Tencent to make PUBG Mobile available for users as well.

While a lot of apps are still not present officially on the AppGallery, Honor sees no reason to not encourage users to sideload apps on the smartphone. Of course, the ones that wholly rely on Google services to work won’t run on the device and crash immediately upon launching. However, apps like Twitter, Instagram and the likes can be sideloaded or transferred from your old smartphone to the Honor 9X Pro via the App Clone feature. Upon asking on the legality of the move considering how most of the popular apps are headquartered in the United States (Huawei is banned from doing business with US companies), Honor assured that the process is perfectly legal and won’t result in ramifications later.

A question still remains on the security aspect of side-loading apps. Apps not downloaded from official app stores and websites are often found to be tampered and injected with malicious code. However, Honor claimed the phone will scan apps in real-time and highlight any breach in security resulting out of sideloaded apps.

Offline retailers to be educated on HMS

Now while customers buying the Honor 9X Pro online get the info on HMS from Flipkart itself, the company also plans to sell the smartphone via offline channels. For that, the company said it will be training retailers to educate users about HMS and AppGallery and the lack of Google apps in the smartphones. Some stores will also have dedicated salesman from Honor explaining how the software experience will be different on the Honor 9X Pro.

Furthermore, the company has set up at a 24x7 support page where users can either chat or get on a call with a support executive regarding any query they may have about the new ecosystem. The hotline number is 18002109999.

The objective is to educate users about an alternative

During the conversation, the Honor spokesperson said the objective right now is to educate users and developers about Huawei Mobile Services and the AppGallery as an alternative to the Google PlayStore for Android smartphones. Sales are not the primary target for Honor presently, which explains the slow launches seen so far. The company hopes users will disregard the lack of Google services (still very hard to do right now), and purchase the smartphone owing for the value for money it offers with the hardware inside.

Will Honor drop Google services completely in the future?

Most analysts are of the opinion that the ban on Huawei to do business with US companies is only temporary, and the near future might allow Huawei to use Google services once again. In such a situation, the Honor spokesperson said they won’t be dropping HMS from Honor smartphones. Instead, Honor may look at creating a separate lineup of devices with HMS and another lineup of devices that comes with Google services enabled. But for now, the Honor 9X Pro won’t have Google PlayStore and access to all the popular and essential Google apps. Instead, you have to rely on alternatives made by Huawei and ones that the company have collaborated with.