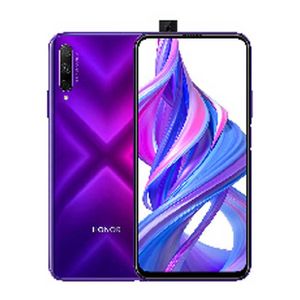 The Honor 9X Pro smartphone has a 6.59-inch display with 1080 x 2340 pixels resolution at a pixel density of 391 pixels per inch (ppi). The phone is powered by an octa-core Kirin 810 processor and comes with 8 GB of RAM. The phone runs Android Pie OS and is powered by a 4000mAh battery. The phone packs a 48 MP primary camera with an f/1.8 aperture; a second 2 MP camera

The company has also launched the Honor View 30 Pro, updated Honor's MagicBook line up, and pair of true wireless earbuds called the Honor Magic Earbuds at the launch event.

Huawei has also launched the Honor 9X smartphone which packs a dual rear camera setup. The phone has a notch-less display and is powered by a HiSilicon Kirin 810 SoC. It has GPU Turbo 3.0, a side-mounted fingerprint scanner, and is backed by a large 4,000mAh battery. The phone has a 16 MP pop-up selfie camera similar to the Honor 9X Pro.

In terms of optics, the Honor 9X Pro packs a triple rear camera setup. It has a 48 MP primary camera with an f/1.8 aperture; a second 2 MP camera with an f/2.4 aperture and a third 8 MP camera. It sports a 16 MP camera on the front for selfies, with an f/2.2 aperture. The camera has HDR, LED flash, and panorama shot.

The Honor 9X Pro smartphone runs on EMUI 9.1.1 based on Android Pie. Under the hood, the smartphone is powered by Huawei’s own Kirin 810 processor. Huawei has also announced the launch of Huawei Mobile Services (HMS) package to bring with its apps and services including Huawei Mobile Cloud and Huawei Assistant.  The Honor 9X Pro doesn’t have Google Services loaded, so there is no Google Play Store or Google apps access. Huawei has added its Huawei App Gallery, and access to the Amazon App Store.

The phone packs a 128 GB of inbuilt storage that can be expanded via microSD card (up to 512 GB). It is also available in 256 GB of storage variants with microSD expandable phone memory. It has a non-removable Li-Po 4000 mAh battery with 10W charging.

The Honor 9X Pro offers up to 8 GB RAM and up to 256 GB of inbuilt storage capacity. The smartphone has a hybrid Dual SIM (Nano-SIM, dual stand-by). The Honor 9X Pro runs the company’s proprietary EMUI 9.1.1 OS which is based on Android Pie. Under the hood, the smartphone is powered by Huawei’s own Kirin 810 processor. It has an octa-core (2x2.27 GHz Cortex-A76 & 6x1.88 GHz Cortex-A55) processor and runs on Mali-G52 GPU.

The HiSilicon Kirin 980 is based on 7nm architecture and is the first processor introduced with 7nm chip fabricating technology. The processor houses an octa-core CPU and a Mali-G52 MP6 GPU. The CPU consists of two high-performance ARM Cortex-A76 cores clocked at 2.27 GHz speed and six smaller ARM Cortex-A55 cores at 1.88 GHz speeds. Huawei claims that the new chipset has around 162% better performance over the last generation found in the Kirin 710. It has a custom-designed GPU which the company claims will lead to better gaming performance.

The Honor 9X Pro comes equipped with a side-mounted fingerprint sensor. It has an array of sensors including an accelerometer, gyroscope, proximity, and compass.