BlackBerry Evolve to be available via Amazon from October 10 at Rs 24,990 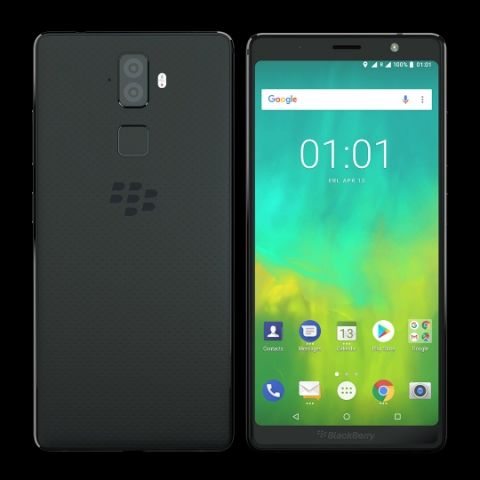 BlackBerry Evolve was announced in India back in August this year for Rs 24,990, alongside the Evolve X. It was slated to go on sale the same month but that apparently didn’t happen. The company has now announced that it will be exclusively available via Amazon from October 10 at the same price of Rs 24,990. Amazon has also hosted a dedicated microsite for the device with the ‘Notify Me’ option now live. The Evolve supports features like face recognition and comes with a fast fingerprint unlock functionality. The company has also incorporated enterprise-grade security and privacy, with its device security implementation, using additional measures from the kernel level all the way up to the application layer of the devices, including support for DTEK by BlackBerry application.

The BlackBerry Evolve comes equipped with a 5.99-inch IPS LCD display with an 18:9 aspect ratio. It is powered by a 64-bit Qualcomm Snapdragon 450 Octa-Core processor, which is clocked at 1.8Ghz. The phone comes in a 4GB RAM + 64GB storage variant, which can be further expanded up to 256GB via a microSD card. The device runs on Android 8.1 Oreo OS and is backed by a 4000mAh battery, which supports Qualcomm 3.0 Quick Charge.

In terms of optics, the BlackBerry Evolve sports a 13MP+13MP camera setup on the rear with dual tone LED flash. The rear camera comes with Auto-Focus support, HDR mode and can also record videos in 2K quality. On the front, it is equipped with a 16MP wide-angle camera with tetracell technology, which is said to capture brighter images in the dark and more detailed ones in well-lit environments. The front sensor supports Fixed Focus and there’s also a Selfie Flash.

The BlackBerry EvolveX runs on the Qualcomm Snapdragon 660 64-bit Octa-Core processor and features a 5.99-inch IPS LCD display with 1080 x 2160p resolution and an 18:9 aspect ratio. The display is protected by 2.5D Corning Gorilla Glass 5. The phone features a dual rear camera setup, below which is the fingerprint sensor. The device comes in a 6GB RAM+64GB storage variant, which can be expanded up to 2TB. It runs on Android 8.1 Oreo OS.

In terms of optics, the smartphone sports a 12MP + 13MP lens on the back with f/1.8 and f/2.6 aperture respectively. On the front, the BlackBerry EvolveX comes equipped with a 16MP sensor with f/2.0 aperture. The phone is backed by a 4000mAh battery that also supports Qualcomm Quick Charge 3.0 technology and the device also supports wireless charging.

You can read our first impression of the two smartphones here.