Asus Zenfone 6 with flip cameras to launch today: How to watch, specs, and all you need to know

It is expected to come with a flip camera design.

The phone will feature the Snapdragon 855 processor. 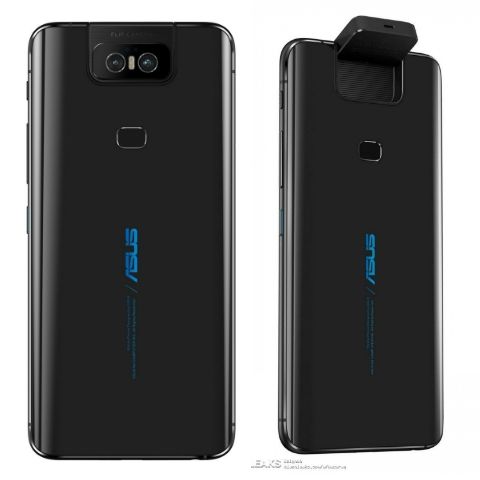 Asus will launch its flagship Zenfone 6 today at an event in Valencia, Spain. The launch will begin at 8pm CEST, which means that Indians will be able to see the livestream starting 11.30 pm (IST). The livestream video is also pasted below for ease of access.

The Zenfone 6 is a successor to the the ZenFone 5Z and will have the Qualcomm Snapdragon 855 processor. However, the USP of the phone could be its camera setup, which reportedly flips from the back and works like a selfie shooter as well.

The information about the phone was first spotted during MWC, when tech news platform Lowyat spotted an ad in a magazine showing that the phone will launch in Spain. Later, the company confirmed the development, and started teasing the phone by sharing images and coded messages on its official Twitter and Instagram handles. Recently, SlashLeaks and famous tipster Roland Quandt shared the renders of the Zenfone 6, showing the swivel camera and notch-less display design.

Asus has already confirmed that the phone will be powered by Qualcomm Snapdragon 855 mobile platform. It will also sport a 3.5mm jack, an element that has been losing its place as a favourite as OEMs look to include other features in their phones. Leaks and teasers have suggested that the phone could feature a Gorilla Glass 6-protected 6.3-inch notch-less display with a resolution of 1080 x 2340 pixels and an aspect ratio of 19.5:9. 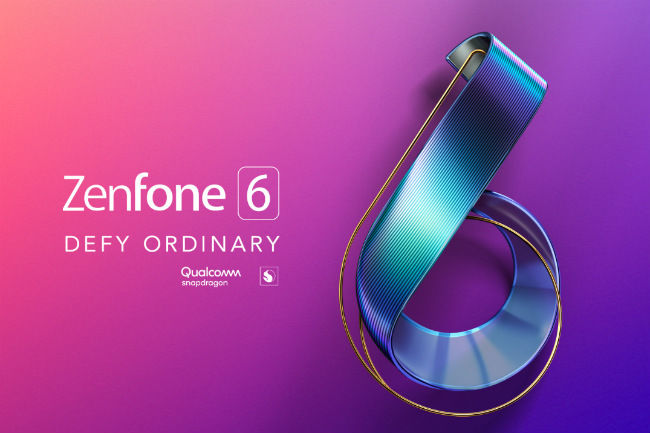 When it comes to the camera, the phone is said to come with a swivel camera with Sony IMX586 48MP primary sensor and a 13MP superwide lens, which is said to work as the rear and front shooter. As per the latest renders, the phone has a rear dual camera setup, and the module reportedly flips bringing the camera on the front to double up as a selfie shooter. Reportedly, the camera module is made up of liquid metal which is claimed to reduce its weight by 20 percent and increases its strength fourfold. 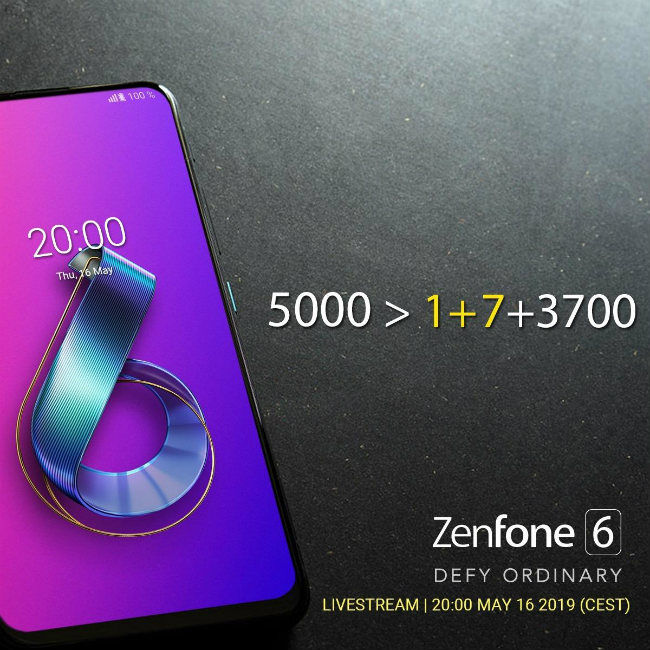 The basic concept is similar to the one that has been seen in Samsung Galaxy A80. The major difference is that in the Galaxy A80, a mechanism rises and the camera swivels inside that mechanism. In Zenfone 6, the whole camera module flips to bring the cameras to the front. When it comes to security, the phone is touted to sport a fingerprint sensor on the back panel, which is made of 3D curved glass design with gradient texture. The phone is expected to house a 5,000mAh battery with Quick Charge 4.0 support. The company has even taken potshots at the recently-launch OnePlus 7 that has 3700mAh battery.