The Zenfone 6 may come equipped with a rear dual camera system with 48MP+13MP sensor. 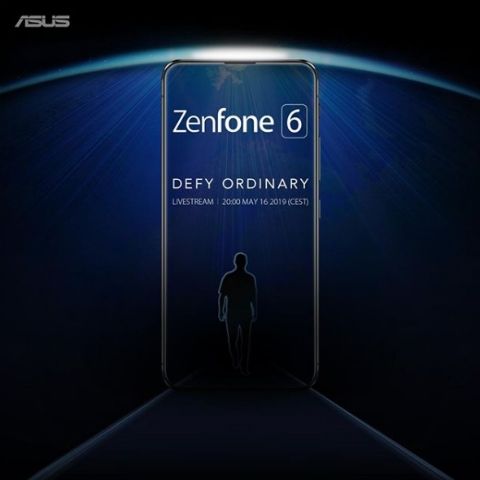 Last week, Asus confirmed that it would launch the Zenfone 6 at an event likely to take place in Valencia, Spain on May 16. There were rumours that the phone would come equipped with a Qualcomm Snapdragon 855 processor, and now the company has confirmed that the device will have Qualcomm’s flagship SoC under the hood. The Taiwanese tech giant also confirmed that the handset would also sport a 3.5mm jack.

In a tweet, Asus shared an image showing few features. Apart from the aforementioned ones, the phone will also come equipped with a smart key. The volume rocker and power button will be on right edge, and a triple SIM/microSD slot on the left edge. The phone will also have a notification LED, and is likely to have a notchless display with a resolution of 2340 x 1080 pixels, according to an AnTuTu listing.

Keep the essentials. Come and join the livestream on May 16 2019 at 20:00 (CEST). #ZenFone6 #DefyOrdinary
Learn more: https://t.co/y3fiATPH71 pic.twitter.com/fJXefTldNV

Additionally, Asus shared some more details of the ZenFone 6 in the form of a code on Instagram. It seems that the phone will have a dual camera setup on the back with 48MP and 13MP sensors, and a 5,000 mAh battery -- a significant upgrade over the ZenFone 5Z. The first mention of the phone was during MWC when tech news platform Lowyat spotted an ad in a magazine that showed that the phone would launch in Valencia, Spain. The company has hinted that the unveiling could happen in Europe because it has given the launch time in Central European Summer Time (CEST).

Previously, Asus had shared an image on its official Instagram account showing a silhouette of a phone with no notch. This could mean that Asus may also jump on the pop-up selfie camera bandwagon. If true, the Zenfone 6 will be the first offering from the Taiwanese tech giant sporting this design. Further, the image also showed an earpiece suggesting that the phone will not use the display for sound - a technology that several OEMs are using to get a near-edge-to-edge display design.