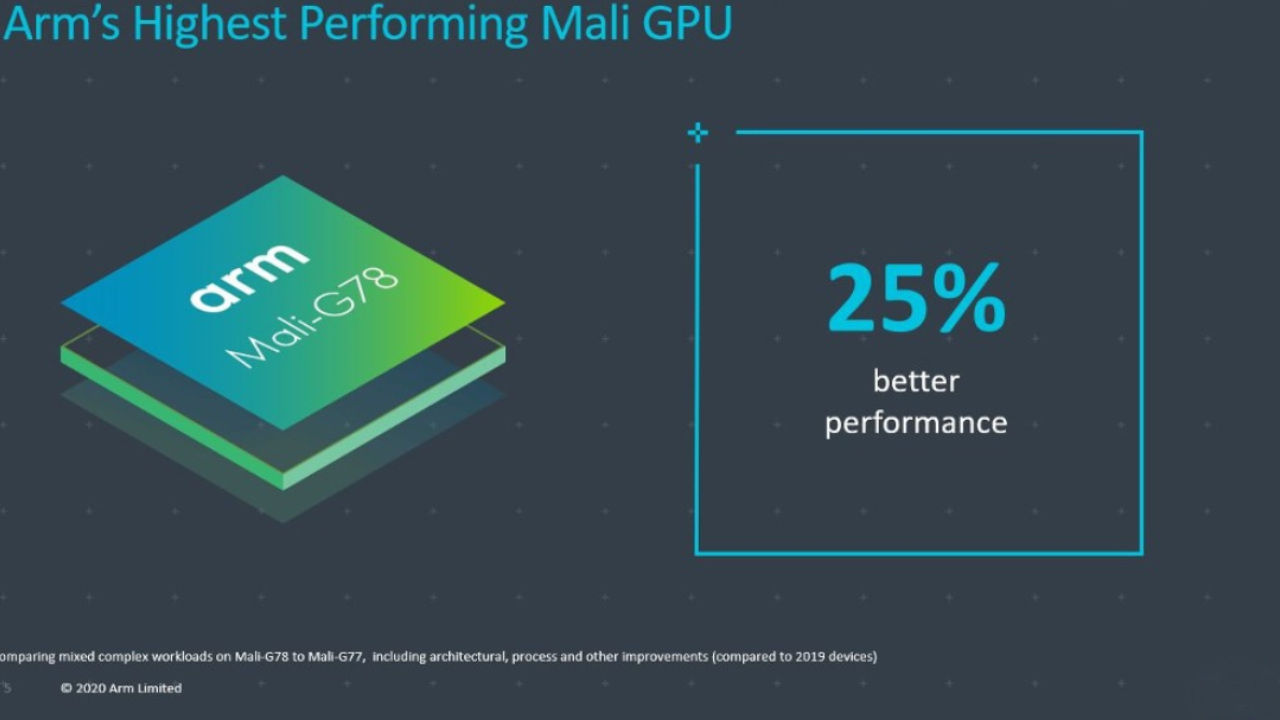 Like clockwork, ARM announced the roadmap for 2021 CPU and GPU designs for mobile devices that included the ARM Cortex-A78 and ARM Cortex-X1 CPU cores, promising 25 per cent and 30 per cent boost in performance respectively. On top of that, ARM also revealed new GPU designs, namely, the Mali G78 GPU and the Mali G68 GPUs, meant to take mobile gaming to its next frontier.

The new Mali GPUs take into account high-end gaming on high refresh rate displays, machine learning application and the likes. The Mali G78 is meant for premium smartphones while the Mali G68 is for mid-rangers.

The Mali G78 is based on ARM’s Valhall microarchitecture that also powers the previous Mali G77 and Mali G57 GPUs, with some new improvements. For one, the Mali G78 now supports more cores, up from 16 to 24 cores this time, which might help the GPU close the gap in performance on Qualcomm’s Adreno GPUs which is preferred in most high-end smartphones. 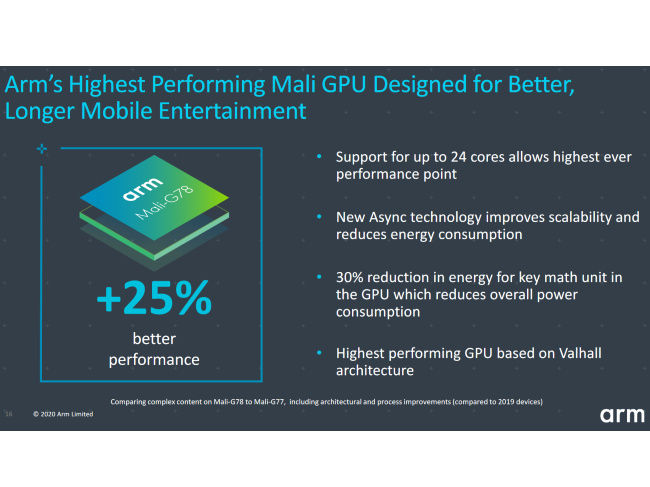 ARM allows OEMs to keep the core count variable in the Mali GPUs and the exact performance metrics will depend on exact core configuration and clock speeds of the GPU. ARM did claim a 25 per cent boost in performance because of the new design and an anticipated move to 5nm manufacturing process.

While the Mali G78 does gain a good boost thanks to more cores, the secret sauce in this year’s offering is what ARM is calling the Asynchronous Top Level. It basically means the GPU will have asynchronous clock speeds for the shader cores and the Top Level that includes the L2 cache, Tiler, MMU and the Control Fabric. ARM said the Top Level will run at 2x the speed of the shader cores for faster texture and geometry processing. This allows for higher bandwidth to keep the shader cores fed with more work to do, allowing OEMs to scale-up performance significantly with more cores. Having more cores that run at a lower frequency can also help save power. However, OEMs may not be willing to dedicate more silicon area for the extra cores. 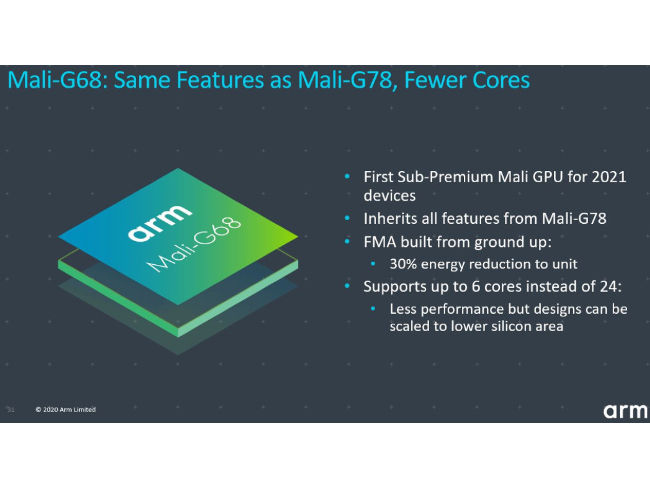 On top of the Mali G78, ARM also announced the Mali G68 GPU meant for mid-range devices, succeeding the Mali G57 GPU. The new offering shares a lot of features with the Mali G78 and covers lesser silicon area than the previous generation.

The Mali G68 also boasts of the Asynchronous Top Level present in the Mali G78, only this one can scale between one to six cores.