The new RedmiBook will come with AMD Ryzen 400 series CPU. It is said to sport a 16.1-inch display with 90% screen-to-body ratio. 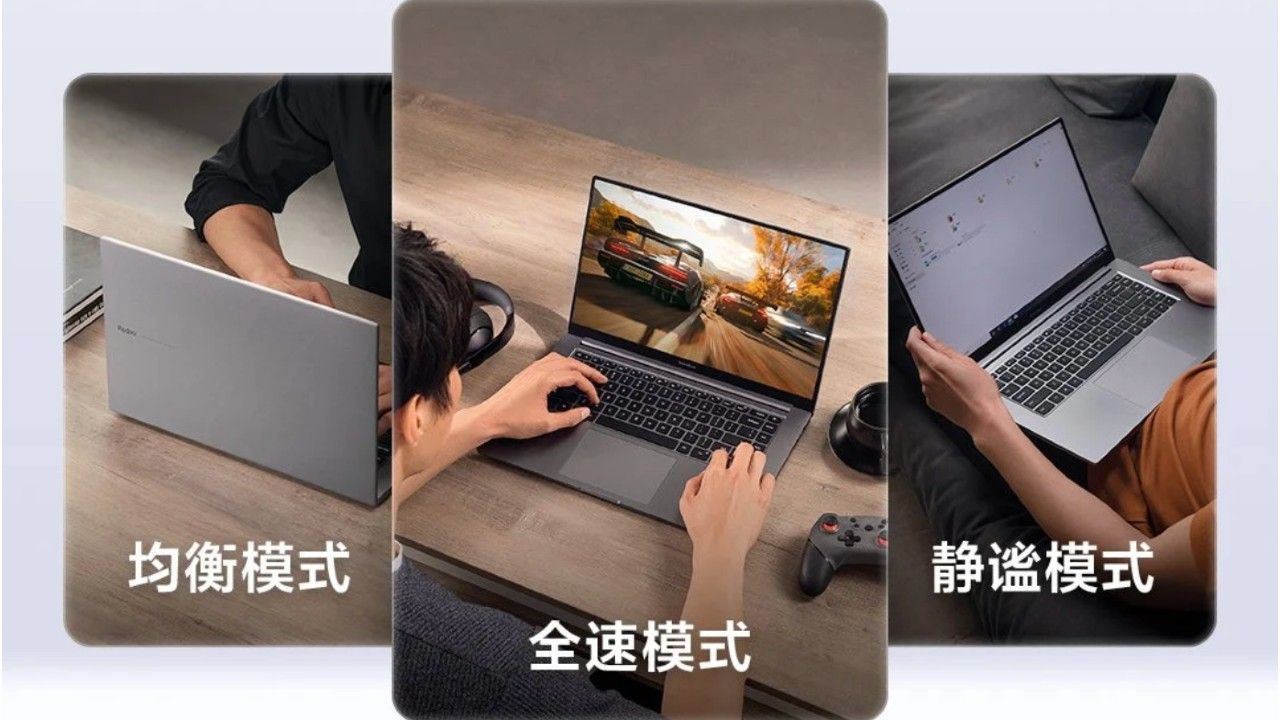 Xiaomi is prepping to launch a slew of products on May 26 in China. The following products include Redmi 10X, Redmi Smart TV X series, and a new RedmiBook model. The company has been teasing the upcoming products in Weibo. While Redmi 10X has only a few surprises to bring, the RedmiBook has kept lowkey in terms of details.

However, the company took its official Mi Notebook, and Lu Weibing Weibo account to confirm that the new RedmiBook will come with AMD Ryzen 400 series CPU. Recently, the brand officially announced that the laptop would have three performance modes for the distinct use cases— 'Full Speed', 'Balanced', and 'Quiet'. The company says these modes are suitable for gaming, office work, and basic tasks, respectively. The 'Full Speed' mode is said to increase the performance by 34.5 percent.

The teaser also unveils that the RedmiBook will arrive with new heat dissipation (thermal cooling) system with large fans and coarse heat pipe and will also feature smart unlock using Mi Bands. Also, Xiaomi recently released an update for the Mi Band 3 and Mi Band 4 with the feature.

Previous teasers have revealed that the new RedmiBook will sport a 16.1-inch display with 90% screen-to-body ratio, 3.26mm border width and 100% sRGB colour gamut. Xiaomi also claims a 60 percent performance boost with rumoured Ryzen 7 4700U processor. Beyond this, users can also configure Ryzen 5 4500U processor on the upcoming notebook.

This new RedmiBook will be an update over the existing 14-inch RedmiBook. The laptop has been long-rumoured to hit Indian shores, but there hasn't been any official confirmation from the company. However, the latest reports claim that it will debut in India sometime in June.