This is the first developmental flight of the rocket and it carried a 3,136 kg GSAT-19 satellite to a Geosynchronous Transfer Orbit 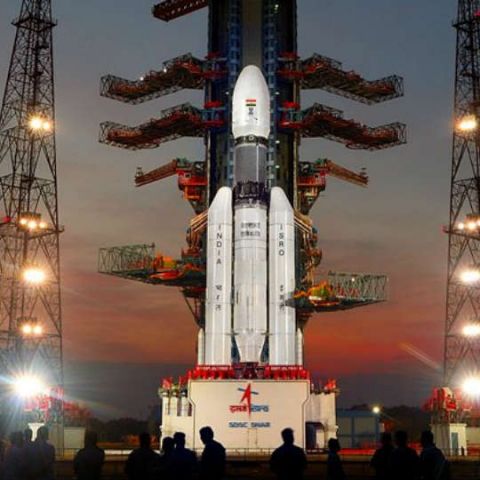 The Indian Space Research Organisation (ISRO) has successfully launched its heaviest rocket yet, the Geosynchronous Satellite Launch Vehicle Mark III (GSLV Mk III). The launch was the first developmental flight for the rocket and carried a 3,136 kg GSAT-19 satellite to a Geosynchronous Transfer Orbit (GTO).

The GSLV Mk III is an indigenously developed three-stage heavy lift launch vehicle that sports two strap-on solid rocket boosters, a core liquid booster and a cryogenic upper stage. The strap-on boosters are located on either side of core liquid booster. These are designated as S200 and each carries 205 tons of composite solid propellant, which will function for 140 seconds, after which they are separated. Its the ignition of these boosters that results in the rocket taking off. While the strap-ons are still functioning, the Vikas liquid engines of the L110 liquid core booster will ignite 114 seconds take off and augments the thrust of the vehicle. The two engines will work together till the boosters separate.

The GSLV Mk III is capable of carrying satellites up to 4,000 kg into Geosynchronous Transfer Orbit (GTO), or a 10,000 kg satellite into Low Earth Orbit (LEO). This about twice the capability of GSLV Mk II rocket. The success of the GSLV Mk III paves the way for even bigger space missions, possibly even manned missions in the future.

The GSLV – MKIII D1/GSAT-19 mission takes India closer to the next generation launch vehicle and satellite capability. The nation is proud!

Congratulations to the entire team @ISRO for the latest GSLV III success. Thanks to all if you a proud Indian is prouder today.