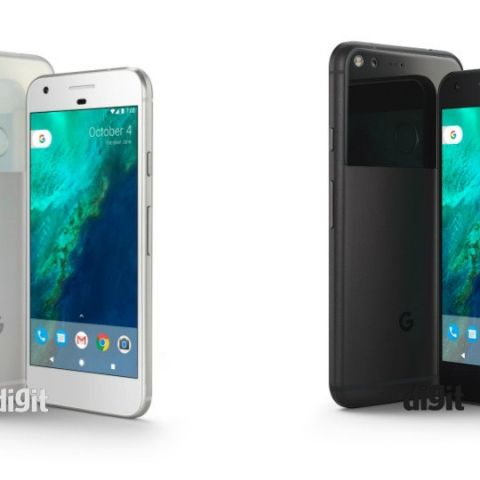 UPDATE: Google reached out to us explaining its side of the story. The company says that it has always put its users before everything else. "For Pixel, we have a world-class after-sales service network in India. In this  particular case, when the customer was dissatisfied with our repeated efforts and response to his service request, we offered a free of cost repair or a new device, in line with our warranty policy. He has, however, repeatedly failed to accept the replacement and has instead demanded two units of the next-gen Pixel. Unfortunately, we can not give in to misuse of our policy or coercion, and are unable to comply with his unreasonable demands. We have remained and continue to be committed to resolving this issue, and abide by our service standards without exception," Google told digit.in in an email.

What would you do when you are dissatisfied by a company’s service? The first idea that comes to our minds is to ‘shame’ the company on social media by listing our problems. This has been the trend lately but what if, the social media rant is not as fruitful as you thought it would be? In what could be called a bizarre incident, a Haryana man, frustrated by Google’s after sales service, resorted to a new idea to slam the company after it allegedly failed to rectify the problems in his Pixel smartphone. He put up posters in country’s Capital blaming the company of “Manipulations.”

The whole scenario is a year old but media outlets started to pick this up recently. Several photos of anti-Google posters are now making rounds on the internet in which people are being advised to refrain from buying Google Pixel phones. As claimed, Manu Aggarwal from Haryana purchased a Pixel smartphone in early 2017 and started facing issues in the phone last year. As a normal person would do, he contacted the Google's customer service for repairs.

According to his tweets, his Pixel device went through several rounds of repairs but he was not satisfied with the service. Aggarwal claims that instead of working fine, his phone developed even more snags than before. Frustrated with the persistent problems, Aggarwal chose Twitter to express his anger about the issue. In reply, Google reached out to him with a promise of fixing his smartphone. However, the issue never seemed to be sorted out.

On Twitter, Aggarwal even uploaded screenshots of his conversations with the customer care executives terming those over two-hour long calls as “mental harassment.” Not only just tweeting to Google, he tagged Google CEO Sundar Pichai and Prime Minister Narendra Modi in most of his tweets in a bid to get the intervention so that his problems can be addressed quickly. When things didn’t turn out as expected, he apparently chose to make this issue get more eyeballs.

Aggarwal got some anti-Google banners printed and went around places in Delhi to put up banners slamming Google’s alleged poor after sales service. The banners urged people to not buy Google phones. The banners were put up in places like Connaught Place, a frenetic business and financial hub in Central Delhi. The banners even had a QR code that linked back to his tweet. He even placed a placard on his car bashing Google for unsatisfactory service.

It is not known whether his problems have been addressed or not but when we went to his profile, we could only see anti-Google tweets till May 28. Aggarwal had replied to an anti-Google tweet made by US President Donald Trump. He has also made an “eye opening” video titled, “Revolution for All Gadget Problems - Case Study of Google Pixel Fraud” in a bid to spread “awareness” about the “cheating and fraud by big brands.”