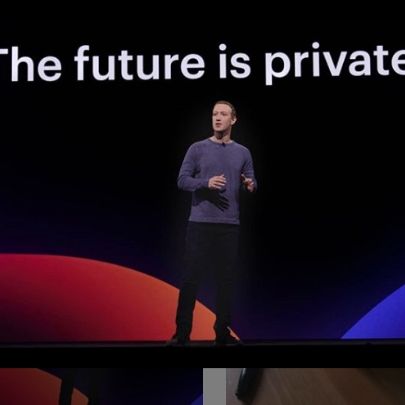 Facebook seems to have learnt from its mistakes. After a stressful year, which was plagued with several controversies, the social media giant looks to work upon the privacy and safety of the people that it serves. At the annual F8 conference, company CEO Mark Zuckerberg reiterated his previous stance stressing on privacy-focussed social platform. The event saw the announcement of several features that will let users “interact privately.”

“I believe the future is private. I know that we don't exactly have the strongest reputation on privacy right now, to put it lightly. At the end of the day, this isn't just about building some new products. It's a major shift in how we run this company,” Zuckerberg said as he set the tone for new new announcements regarding Facebook, Instagram, Messenger, and WhatsApp. The conference saw updates in areas that have already been talked about previously, like privacy, integration of three platforms into one, among others.

“For the last 15 years, we've built Facebook and Instagram into digital equivalents of the town square, where you can interact with lots of people at once. Now we're focused on building the digital equivalent of the living room, where you can interact in all the ways you'd want privately -- from messaging and stories to secure payments and more,” Zuckerberg said. To bring this “vision to life,” the company announced several design and feature changes, like making end-to-end encryption the default into its platforms.

Zuckerberg said that the company is committed to protect private conversations “for billions of people around the world,” but by introducing tools to to do, the platform may also provide a haven for criminals and those who want to spread hate. “A few years ago, we probably would have just rolled this out and then tried to adjust and address issues as they came up. Now we're going out and consulting with experts and trying to make sure that we get this balance right,” he said. Zuckerberg also announced that both the app and the desktop version would receive a major redesign called FB5, with Groups and Events at the centre of it all. The mobile redesign will have an interactive logo that ditches the old blue colour scheme.

The first major overhaul that WhatsApp may get is the default end-to-end encryption into the platform. Facebook also announced WhatsApp support on its video-calling device Portal, and said the calls on the platform would also be encrypted. Further, Facebook is also testing a payment product on WhatsApp in India, which could expand to other countries this year. Meanwhile, on Instagram, Facebook has launched a shopping channel that will give users a way to shop from the creators and influencers from the app itself. There is a new camera mode and a donation feature.

Most importantly, Facebook is going to make its messaging services interoperable, which means that Messenger, Instagram and WhatsApp will be interconnected. According to Asha Sharma, Messenger's Head of Consumer Product, in the future, users will soon be able to send messages across the three different messaging platforms, and all the messages will be end-to-end encrypted. The company hasn’t given a specific timeline for the roll-out of this integration, but Zuckerberg said it could take quite some time.