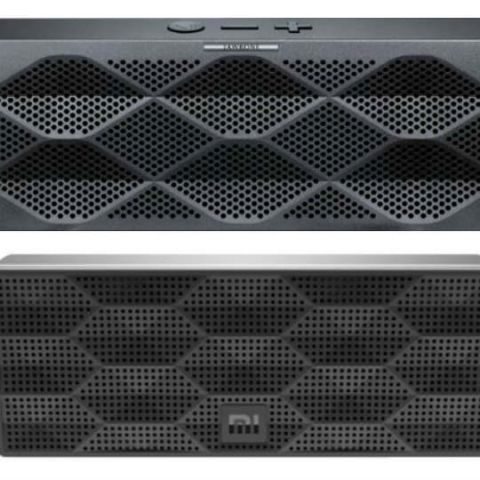 Imitation may be the sincerest form of flattery, but Jawbone’s Chief Creative Officer, Yves Behar doesn’t seem to think so. In a post on Twitter, Behar accused Xiaomi of copying the design of the Jawbone Mini Jambox for its Mi Square Box Bluetooth speaker. Looking at the two devices, one could say that the speaker grills look very similar indeed.

This wouldn't be the first time Xiaomi has been accused of copying other designs, though, it may be the first where a company has gone on record to say so. The company's recently launched laptop, the Mi Notebook Air not only sounds like Apple’s MacBook Air, but look quite similar as well. Xiaomi had been called up for copying Apple's iOS in its MIUI (especially MIUI 6) as well.

However, Xiaomi isn’t the only major manufacturer to be accused of being copying by some other design. Recently, Motorola’s US accused Samsung of copying its Always On display feature. Even Apple isn’t free from such accusations. The 12.9-inch iPad Pro can be said to Apple’s take on Microsoft’s Surface tablet, while Live Photos is basically a lif from Nokia's Living Images feature.

Sad for you @xiaomi , ripping off the @jawbone Mini #jambox . Sad https://t.co/iXls8AcYLo