Apple Card being distributed to employees: Here's what it looks like 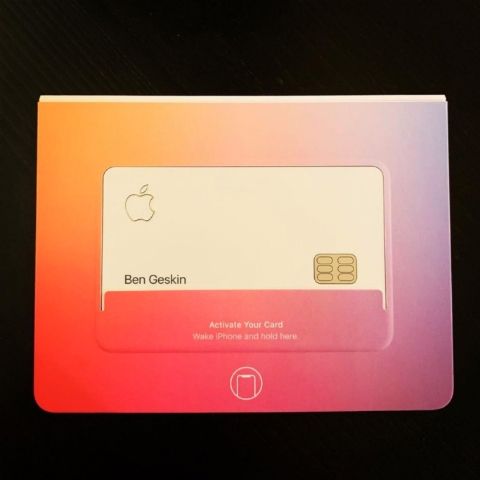 Apple employees have started getting the Apple Card, a credit card that the Cupertino-based company launched earlier this year. Notable tipster, Ben Geskin has shared some images of the card on Twitter, however, he replaced the name of the Apple employees protect their identity. The packaging shows “Wake iPhone and hold here,” indicating the instructions to pair the card with an iPhone.

According to 9to5Mac, when a customer receives an Apple Card, it is delivered in a packaging that includes a hidden NFC tag. To activate the card, users need to open the Wallet app and hold their iPhones near the NFC tag embedded in the Apple Card packaging. This associates the digital Apple Card credit card, which is already set up in the Wallet app and is protected by Apple’s suite of biometric authentication, with the physical one.

Apple will issue per-device card numbers which is stored securely in your iPhone. It is made of titanium with the customer’s name engraved into the metal. The card does not feature any other printed identifying characteristics, like expiry dates, account numbers and even a CVV number. You can start using right away from your iPhone. The front of the card features the owner’s name, a chip, and the Apple logo. On the back, there’s Mastercard and Goldman Sachs’ logos.

The Apple Card has no late fees, annual fees, over limit fees, and international fees. During the launch, the company said that it will offer money back in the form of “Daily Cash” if users use the Apple Card.  You get 2 percent Daily Cash every time you pay from Apple Pay, 3 percent when you purchase directly from Apple, and 1 percent when use the physical card. Apple said that the Daily Cash can be used just like any other cash. It should be noted that Apple didn’t disclose the interest rate it will charge, but mentioned it will charge “lower interest rates.”