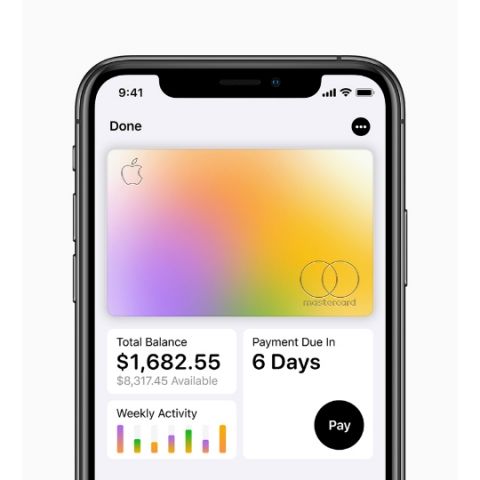 Not an iPhone. Not a new tablet. Apple launched a credit card at the “It’s Show Time” event called Apple Card. It’s an actual titanium-based Mastercard credit card made in parternship with Goldman Sachs. The card has no late fees, annual fees, over limit fees, and international fees. The card will have your name etched with laser on the card.

The card also resides in your iPhone and other iOS devices, in the Wallet app, and is protected by FaceID and TouchID, Apple’s suite of biometric authentication. Apple will issue per-device card numbers which is stored securely in your iPhone. The card also doesn’t have a CVV number and no expiration date. You can start using right away from your iPhone.

And in case you weren’t thinking of keeping a tab with Apple already, Apple will also offer money back in the form of “Daily Cash”. You get 2 percent Daily Cash every time you pay from Apple Pay, 3 percent when you purchase directly from Apple, and 1 percent when use the physical card. The best part? Daily cash can be used just like any other cash.

"Apple doesn't know what you bought, where you bought it, and how much you paid for it," the company said promising total privacy. Apple also announced Goldman Sachs will “never share or sell your data to third parties for marketing”. Every transaction will be done on-device and not on Apple’s servers.

Apple also made its Apple Pay service more useful. It will help you lead a healthy financial life by tracking your spending and making budgets. You can now use Apple Pay internationally, with Apple claiming the payment service has over 99 percent penetration in Australia and 80 percent in Canada and other first world countries.

The company didn’t disclose the interest rate it will charge, though. “Lower interest rates” is what Apple said. You can also only use the card in places that accepts Apple Pay, and for now, Apple Card credit card is only available in US.