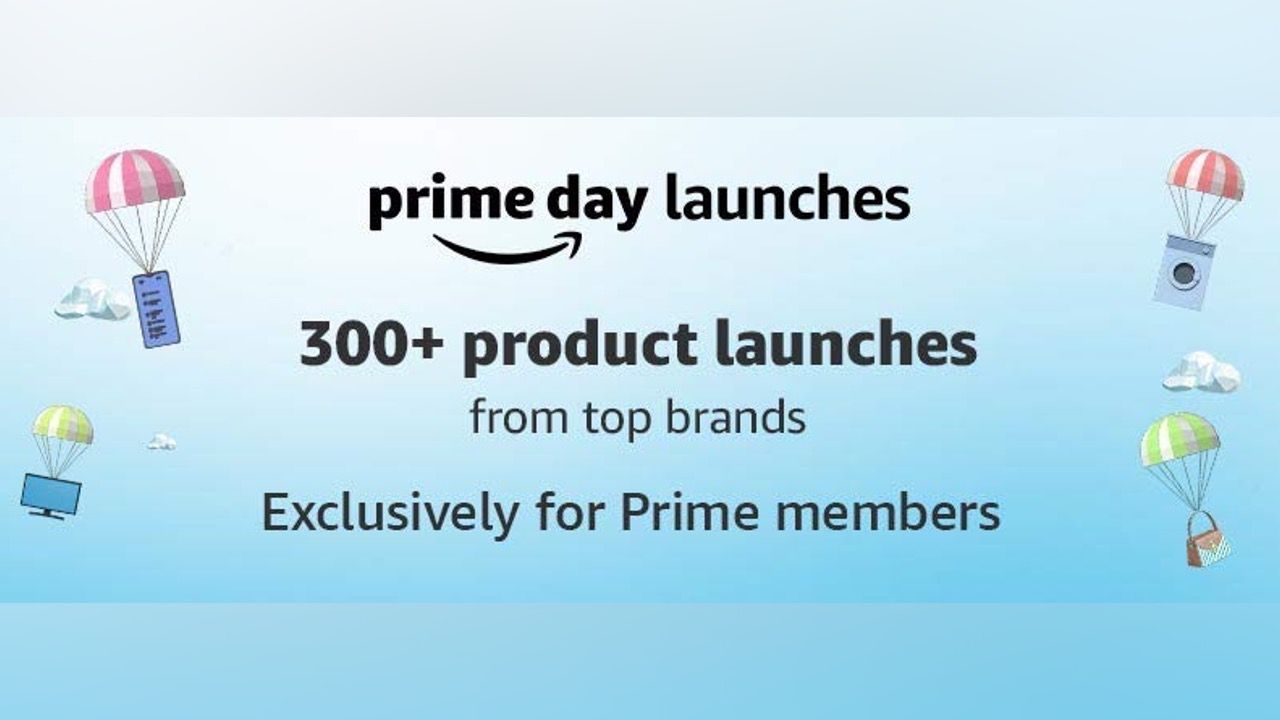 This year the Prime Day 2020 sale is set to witness over 300+ product launches from brands like OnePlus, Xiaomi, Samsung, Intel, Sony, Oppo, LG and Hisense. In addition, Amazon is offering up to a 10% instant discount on HDFC Bank debit and credit cardholders. Here are the product launches slated during Prime Day 2020 that you should keep an eye out for.

OnePlus Nord is going on an open-sale for the first time during the Prime Day 2020. The Nord is priced starting at Rs 24,999 but the base variant will be available sometime later in September. However, the other variants will be available starting with 8GB RAM and 128GB storage priced at Rs 27,999 and the maxed-out 12GB/256GB variant at Rs 29,999. Read our review of the OnePlus Nord here.

Samsung Galaxy M31s is a mid-range smartphone that comes with a 64MP quad-camera setup. It will go on sale for the first time during Amazon Prime Day sale and the base variant with 6GB RAM and 128GB storage is priced at Rs 19,499 while the 8GB RAM variant with 128GB storage will be up for grabs at Rs 21,499.

Xiaomi Redmi 9 Prime is a budget offering by the company for first-time smartphone users and comes with four cameras on the back, Full HD+ display and a big 5,020mAh battery to boot. The base variant with 4GB RAM and 64GB storage is priced at Rs 9,999 while the 128GB storage variant will be available at Rs 11,999.

Sony is launching a new television range during the Prime Day sale in India. The Sony X74H series will see two new TVs in 43-inch and 65-inch screen sizes starting from Rs 49,990. The X74H series is powered by Sony X1 processor which ensures close to real-life colours and runs on Android TV 9 with support for Dolby Atmos, Google Assistant and more.

Huawei FreeBuds 3i TWS earphones will go on sale from August 6 at Rs 9,990 on Amazon India. It features active noise cancellation and is fairly lightweight. The FreeBuds 3i offers upto 3.5 hours worth of battery life on a single charge and 14.5 hours with the carrying case. It supports touch input allowing you to control music playback and incoming calls. These earphones are equipped with 10mm dynamic drivers that aim to offer a powerful bass with clear sound.

Sony WF-1000XM3 TWS earphones was announced earlier this week and is set to go on its first sale during the Prime Day 2020. Sony’s TWS earbuds offer up to 24 hours of battery life with noise cancellation and 32 hours without ANC. It comes built-in with Amazon Alexa, Google Assistant and Siri so it works on both Android and iOS phones. The WF-1000XM3 comes with features like quick attention mode, ambient sound mode, dual noise sensor technology and more. It is priced at Rs 19,990 and will be available from August 6 on Amazon India.

Asus ROG Zephyrus G14 with AMD Ryzen CPUs is slated to launch during the Prime Day 2020 sale. The Zephyrus G14 will come in two configurations, one with Ryzen 5 and the other with Ryzen 7 processors. The G14 is powered by AMD Ryzen 5 4600HS with NVIDIA GeForce GTX 1650Ti, 8GB RAM and 1TB SSD storage. The other variant is powered by Ryzen 7 4800HS with upto 6GB NVIDIA GeForce RTX 2060 Max-Q graphics, 16GB RAM and 1TB SSD storage.

Xbox One X Cyberpunk 2077 is a limited edition version of the gaming console that has a vertical stand and dual-tone wireless controller. This special edition of the Xbox One X comes with Cyberpunk 2077 game download, expansion pack and a 1-month subscription to Xbox Game Pass Ultimate. In additon, the One X can also playback 4K Blu-ray movies and stream movies and TV shows from Netflix, Prime Video, YouTube and more.

You can also have a look at the best deals and offers on mobile phones during Prime Day 2020 here.