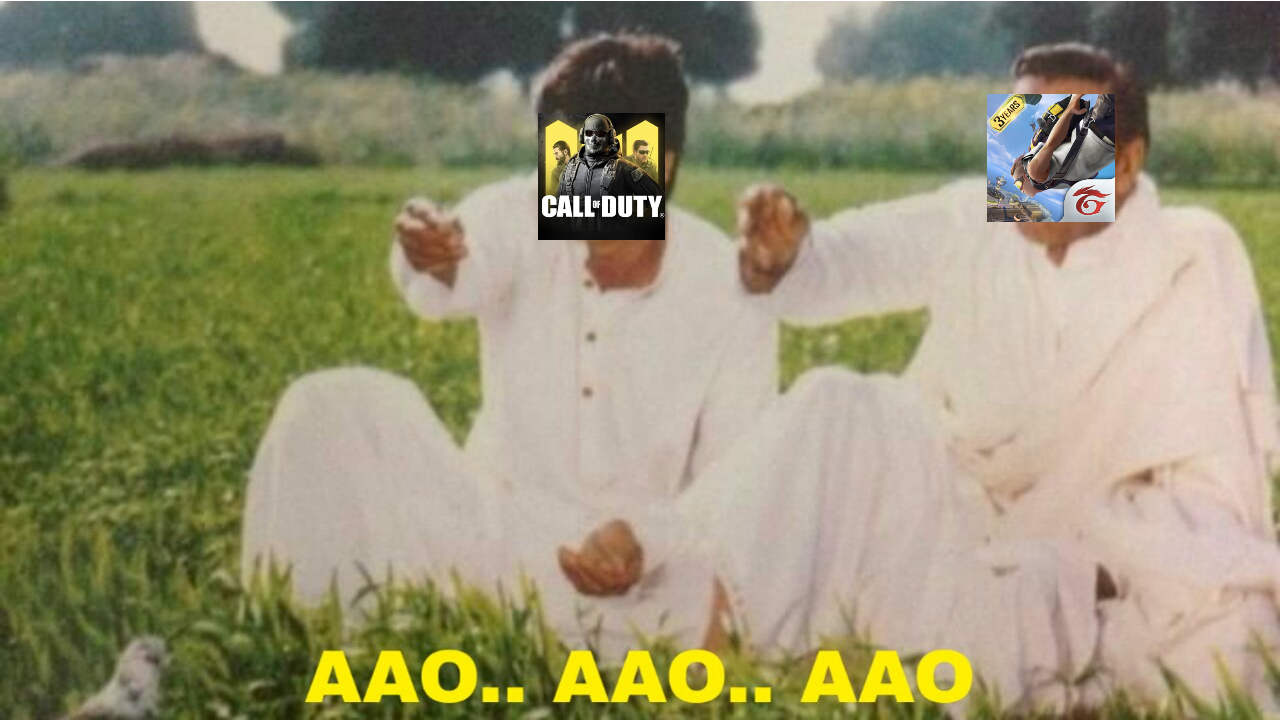 It’s finally happened! The Indian Government has finally banned PUBG Mobile along with 117 other apps. As one might expect the outcry from the PUBG Mobile community has been pretty massive with people expressing their emotions in a variety of ways. Some have started raging online while others have been writing eulogies for the game they loved. Others are seeing the funny sides of things through memes. Here are some of our favourite memes so far.

Reddit u/DashingMango55 saw what such a ban might do to the Indian gaming community which was finally seeing a rise thanks to the popularity of the game. He/she made their feelings known via this saucy meme. 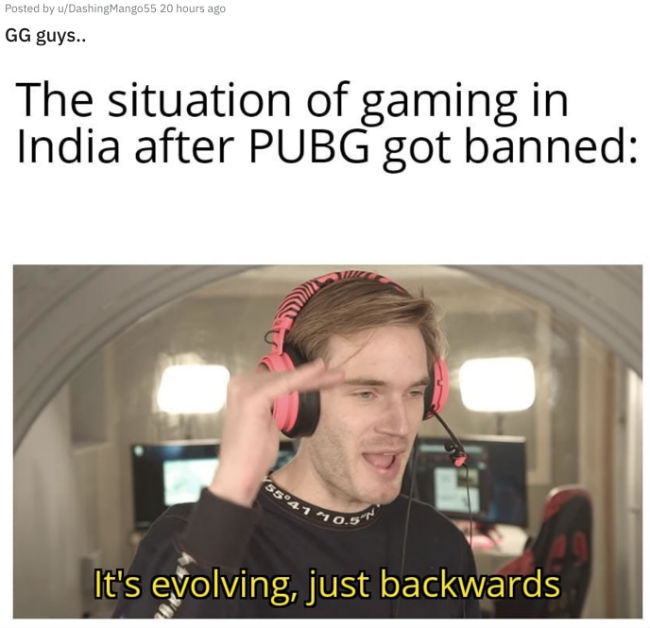 Of course, PUBG Mobile was also about to unveil its new v1.0 update which would finally introduce Erangel 2.0. However, it looks like Indian players won’t be able to enjoy that. Twitter user @ashu7077 summed the frustration up pretty succinctly by quoting popular PUBG Mobile streamer, Dynamo.

Twitter user, @Sahilarioussss was more concerned about PUBG Mobile players who had just bought a Royale Pass in anticipation of the new update. However, another Twitter user, @Kaushalpanchlll was more worried about streamers who are about to be out of a job unless they adapt.

Of course, while some users are hoping for an Indian answer to PUBG Mobile, it won’t be coming anytime soon. Unless someone with a lot of money suddenly decides to launch a game. Twitter user @DickKnack knew just the right person.

Ambani and his team on their way to make desi "PUBG" version "JIOG". pic.twitter.com/azxtUR1eOI

Some people also remembered how Facebook was quick to capitalize on the TikTok ban by launching Reels. Twitter user @neededindeed was more than happy to drag Facebook CEO, Mark Zuckerberg into the mix.

No one:
Literally no one::
Mukesh ambani and facebook after every ban of chinese apps: #jiog #reels pic.twitter.com/xIk6bjOeu7

Speaking of TikTok, the ban comes a couple of days after TikTok was similarly banned. After which TikTok users were the butt of many memes. The PUBG Mobile ban gave TikTok users a moment to rub salt on their wounds. Reddit user u/professergio made the most of the situation. 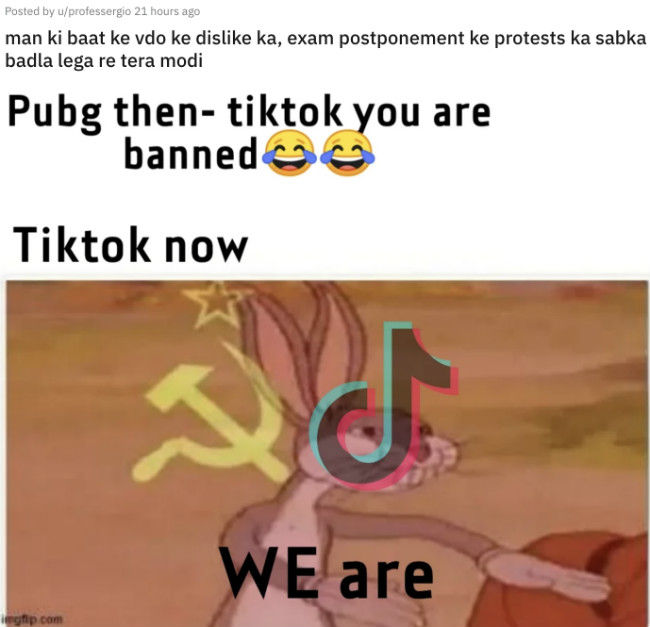 Twitter user @rajputarjunnn asked others to spare a minute for those TikTok users who switched to playing PUBG Mobile.

However, everyone will agree that it’s probably the parents who are most happy with the ban as they might be full of hope that their children will finally focus on their studies. Twitter User @vishkanyaaaa and @QuintNeon posted probably the perfect parent reactions to the ban.

#PUBG banned in India, Meanwhile Indian Parents be Like pic.twitter.com/umvmLUPn2Z

Probably how desi moms feel after the #PUBG today#pubgbanindia pic.twitter.com/mHmRQAGy8h

Regardless, the happiest people here might be Call of Duty: Mobile and Garena Free Fire players who can now gloat in peace as Twitter user @Scout_Captain_’s meme shows.

*When PuBg got banned in india..#PUBG

*Me & my homies. Already migrated to @CallofDutypic.twitter.com/xnNoPmHjeu

Of course, with PUBG Mobile out of the way, Call of Duty: Mobile and Garena Free Fire will happily lure disheartened PUBG Mobile players. Probably in a manner best shown by Twitter user @broken_kundan_

At the end of it, I think there is only one meme that probably best summarizes the situation of PUBG Mobile players right now.