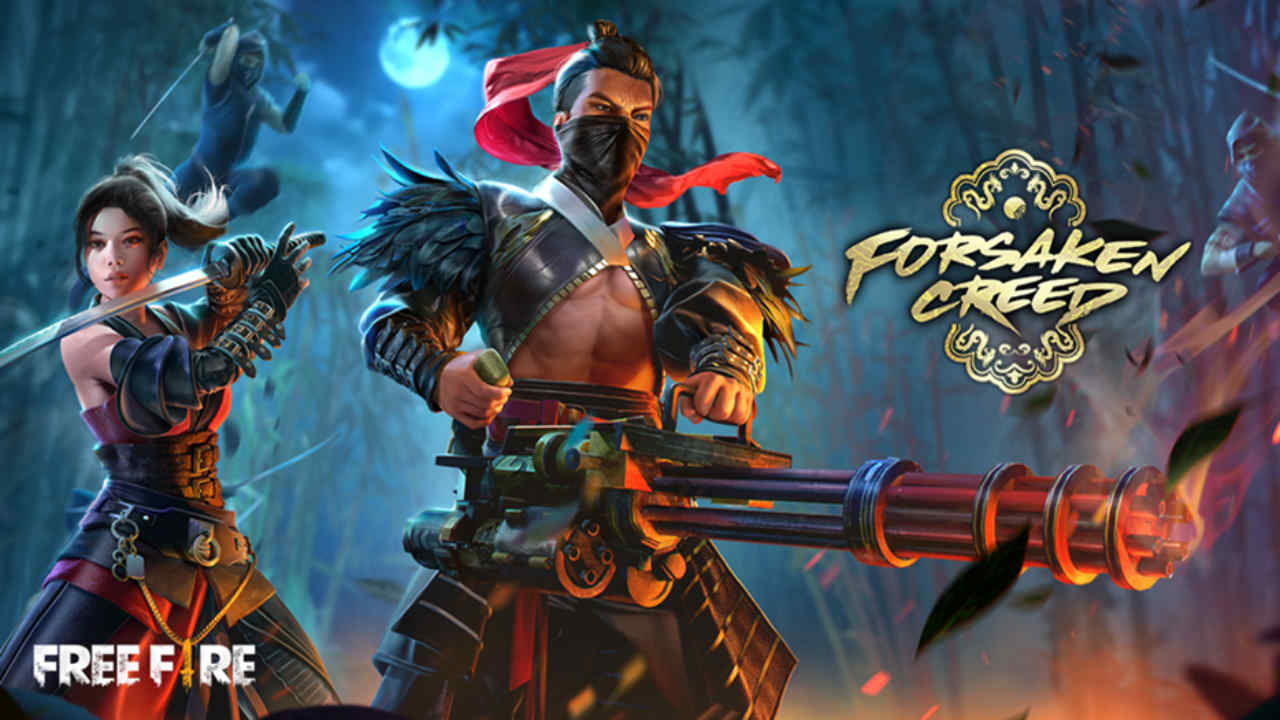 The Forsaken EP will feature two protagonists, namely Mitsuo and Ichika. Their backstory notes that they are members of a secret Imperial Elite Guard that is on the brink of extinction due to a growing population of mutants in the region. Both these characters have also been tasked with eliminating a particular mutant that has been escaping their clutches.

Free Fire already offers a range of costumes and with the Forsaken Creed EP, the developers took inspiration from the 1800s to create the Shadow and Unseen Custodian skins that feature subtle dragon patterns. Other skins include the Forsaken Blade, a skateboard that is shaped like a sword and the Dragon’s Creed, which is a loot box skin. There is also the Forsaken Creed Spikebag which, as the name would suggest, is a backpack skin that is surrounded with spikes.

Other added skins would include a grenade skin, weapon skin, exclusive icons and banner, pan skin and more.

Garena Free Fire is a free to play game that is available on iOS and Android. The game is quite popular and according to the Google Play Store, has over 500,000,000 installs. By comparison, PUBG Mobile has over 100,000,000 installs. If you want to know more about PUBG Mobile's latest Lucky Tree event where you can win an iPhone and Airpods, you can click here. Or, if you're into Call of Duty Mobile and want to know more about the new season, you can click here.