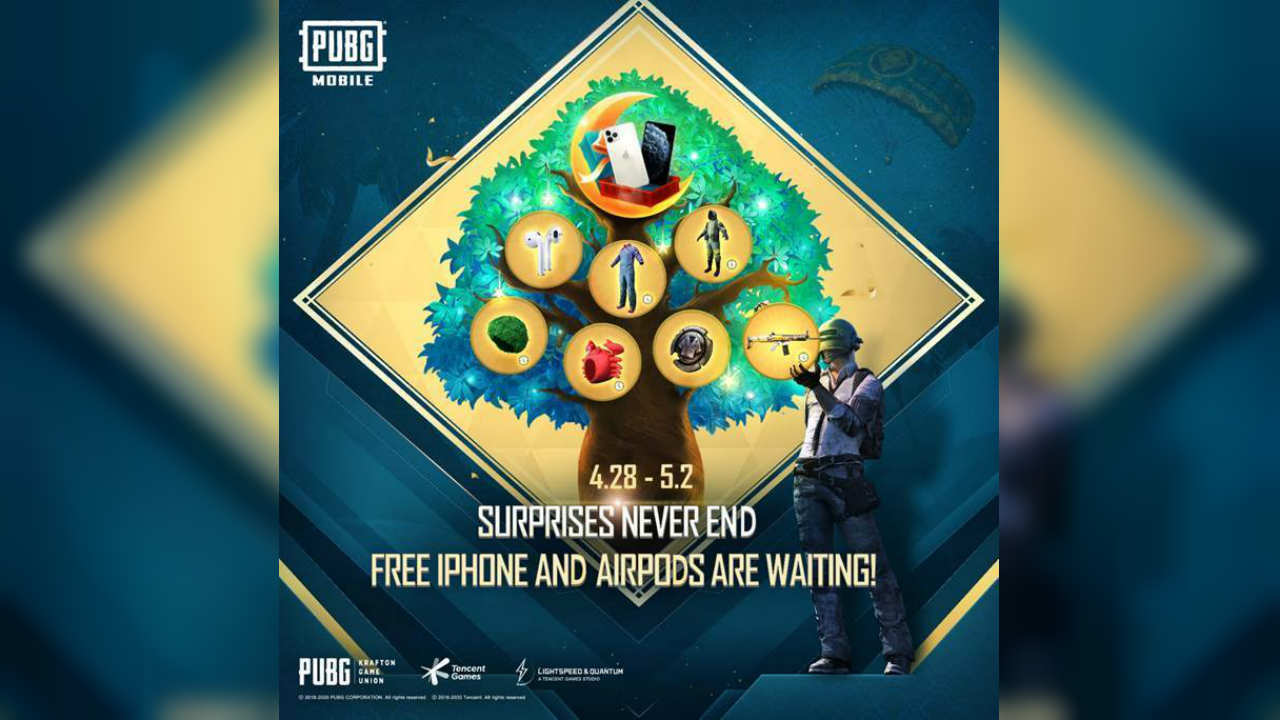 As PUBG Mobile’s Season 12 draws to a close, the developers are giving players the chance to win goodies like iPhones, AirPods as well as various in-game items. This is called the Lucky Money Tree event and will run from April 28 to May 2.

The event asks players to complete missions to secure two daily chances to ‘shake the tree’ and win big prizes. Players will also get a chance to shake the try by simply logging in. The other two chances can be earned by completing missions like playing a classic match. Players can choose which mission they wish to complete. When a mission is complete, they get another chance to ‘shake the tree’.

Tencent notes that there will be three lucky players a day. One of the players will win an Apple iPhone 11 Pro (review), while the other two will win Apple AirPods. Other prizes include in-game items like skins and costumes.

Tencent has already announced that it will be updating PUBG Mobile to v0.18.0 on May 7. The new update will bring a whole host of improvements and features. This includes Miramar 2.0, which adds new locations, new weapons, as well as a new vehicle. Other new features include a Cheer Park, as well as side scopes. You can learn more about the update here.