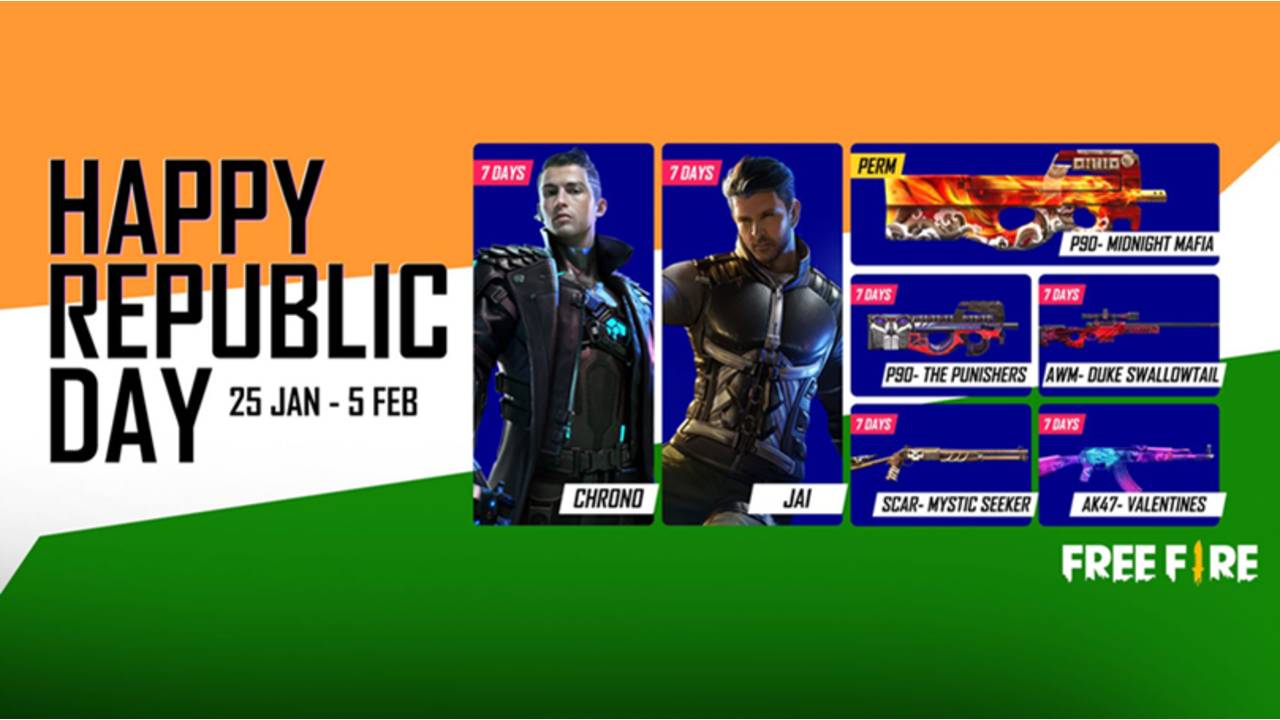 Garena Free Fire has announced that it will be hosting a range of activities for its Indian fans in celebration of India’s 72nd Republic Day. This would include in-game activities and rewards that would include character trial cards, free legendary skins and more. The events will be live till January 31.

The two character trial cards that will be available for players to earn will be Chrono, which is based on professional footballer, Cristiano Ronaldo, and Jai, which is based on bollywood actor, Hritik Roshan. Both these characters usually require players to spend in-game Diamonds, but through this event, they will be able to try out the characters and use them for a few games. Further, if players manage to check in for nine consecutive days, during this period, they will get to claim five legendary gun boxes and three weapon royale vouchers. As an added bonus, players will now be able to collect fireworks tokens as they play. These can then be used to redeem a new gun skin called the P90 Midnight Mafia.

On January 26 itself, players will get to earn two Diamond royale vouchers, six Justice Fighter Gun boxes and one incubator voucher.

In related news, registrations for Garena’s Free FIre India Championship (FFIC) 2021 Spring tournament are scheduled to kick off from January 27, and go on till January 29. Free Fire players from India and Nepal can sign up in-game via the Free Fire Cup (FFC) mode. The tournament offers a total prize pool of Rs 75 lakh. Further, the top-performing teams from FFIC 2021 Spring tournament will get the opportunity to represent their region in the next Free Fire international tournament. On top of this, they will directly qualify for the Free Fire Pro League Summer.
Motorola Moto G30 and Moto G10 Power to launch on March 9 in India Previous Post
Here's how you can watch the Justice League Snyder Cut in India on March 18 Next Post