Garena has announced that registrations for Free Fire India Championship (FFIC) 2021 Spring will open from next week onwards. From January 27 to January 29, Free Fire players from India and Nepal will be able to sign up in-game via the Free Fire Cup (FFC) mode. The tournament offers a total prize pool of Rs 75 lakh. Further, the top-performing teams from FFIC 2021 Spring tournament will get the opportunity to represent their region in the next Free Fire international tournament. On top of this, they will directly qualify for the Free Fire Pro League Summer.

All the matches in the FFIC 2021 will be played in the Battle Royale Squad more. There will be two qualifier stages and all the participants will first compete in the Free Fire Cup mode. After this, the top 48 teams will advance to the League Qualifiers that will take place on February 4 and February 5. Out of this, the top 18 teams will be shortlisted for FFIC 2021 Spring. 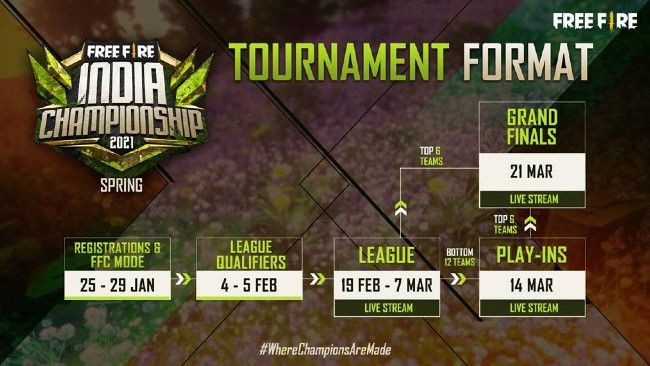 FFIC 2021 Spring will be divided into three stages, namely the League Stage, the Play-Ins and the Grand Finals. The League Stage will take place from February 19 to March 7 and will see the 18 teams divided into three groups of six teams each. Each group will play against each other in round-robin style over the course of the nine league days. Then the top two teams from each of the three groups will proceed to the Grand Finals.

The Free Fire Bangladesh Championship 2021 is an inaugural tournament that is aims at becoming the country’s premier professional Free Fire tournament. Players will compete for a prize pool of BDT 25 lakh and the opportunity to represent Bangladesh at Free Fire’s next international tournament. Registrations for FFBC 2021 will be open till January 22, and qualifiers for the tournament will kick off on the same day.

Realme GT Neo5 rumoured to offer 240W fast charging support: Here's everything else we know about it Previous Post
Apple VR/AR headset could reportedly get delayed: Here's when you can expect them Next Post