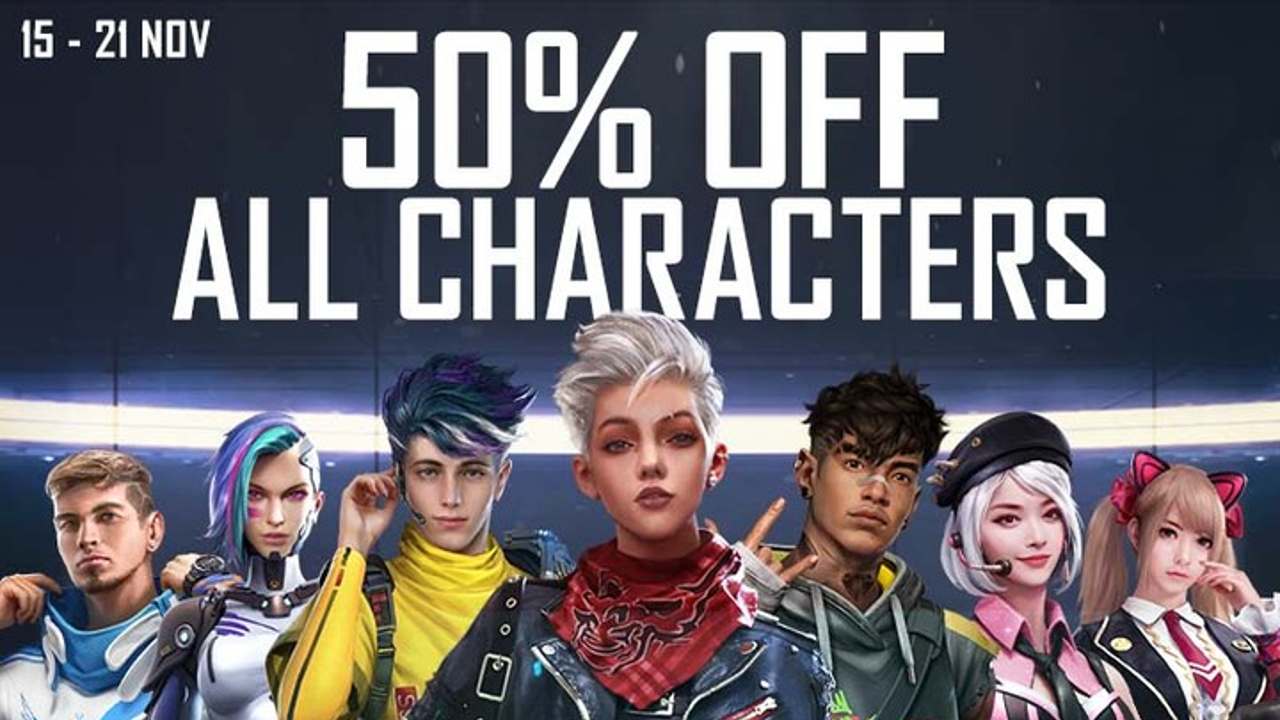 Garena Free Fire: All characters available at 50% discount till November 21

Garena Free Fire has announced that all in-game characters will be available at a 50% discount. This will only be valid till November 21, 2021. Each character in Free Fire comes with unique special abilities.

Garena Free Fire has announced that it will be offering all characters at a 50% discount to players. This makes a good time for players to get their hands on some of their favourite characters without spending too much money. However, it should be noted that the offer is only valid for a limited time, so players will have to hurry. The offer is only valid till November 21, 2021.

Garena Free Fire: Characters at 50% off

Due to the very nature of Garena Free Fire, having the right character can make a pretty major difference during a game. Especially if the character's ability compliments the player's play style. To recall, many of the characters in Free Fire come with special abilities. These either offer a passive bonus, while some need to be manually activated. This can give the player an added edge during a match. Finding out which player is the right choice requires a good understanding of the player’s own playstyle, as well as the abilities of each of the characters. It should be noted that the specific details of these abilities may be nerfed or buffed by the developers after an update. This is done in order to ensure that the game remains balanced and free of bugs.

One character that players won’t be able to purchase is Jai. The character, whose likeness was based on Bollywood actor, Hritik Roshan, was removed from the game in July this year. However, players who already owned the character can still use it. Jai is described as a decorated SWAT commander. As one might expect from such a backstory, the character is well versed with weapons and his ability reflects that. Jai has a passive ability called Raging Reload. This ability automatically reloads Jai’s weapon by up to 30% of its capacity when he takes down an opponent. However, this is limited to assault rifles, pistols, SMG and shotguns. This makes Jai quite a good choice for players who are almost constantly pushing opponents and taking on enemies.