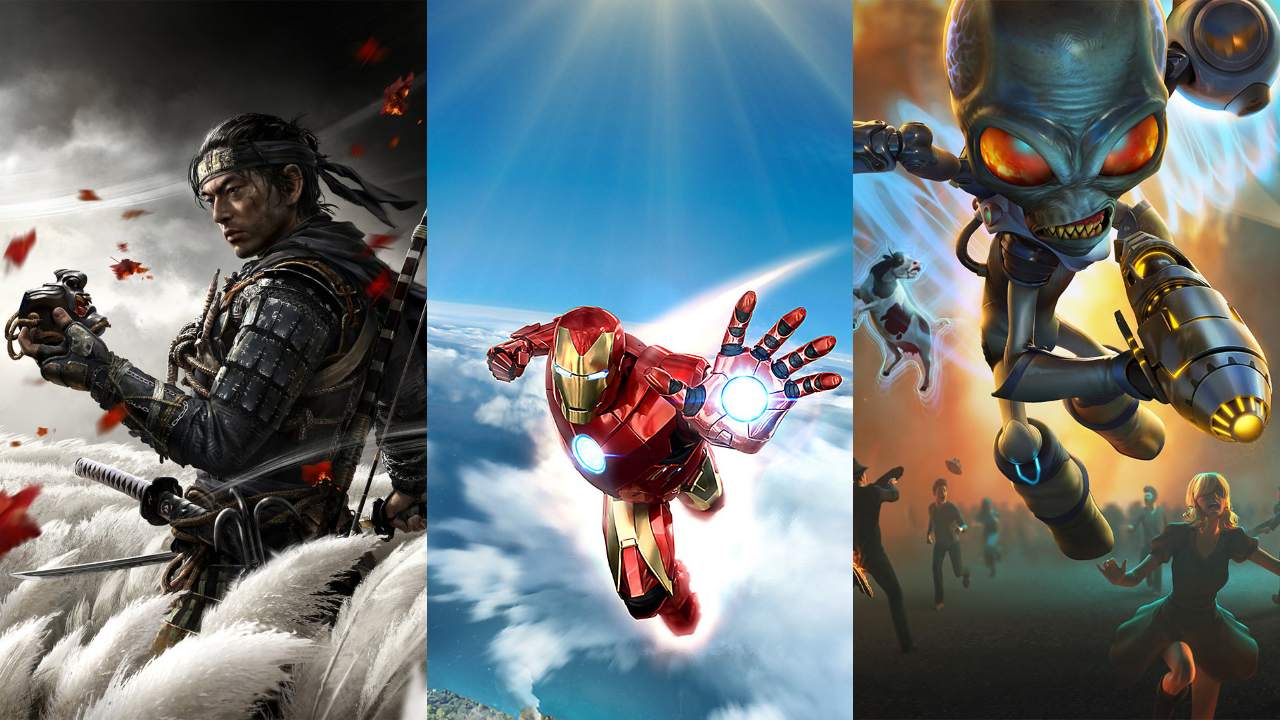 5 games releasing in July worth checking out

Ghost of Tsushima, Grounded, Iron Man VR and more are launching in July. We will also see the PC release for Death Stranding in July.

June may have been dominated with a lot of love and hate for The Last of Us Part II (review), but that doesn’t mean July will be a dry spell for gaming. The summer of gaming is underway with new game reveals and more. We got our first look at the PS5 design along with some of the games for the system and even a new look at Cyberpunk 2077 which has now been delayed to November 19. While the rest of the year looks to hold some exciting games, July is no slouch. We have not one but two big-name games coming to Sony’s platform and one cute and cuddly game coming to Microsoft’s console. If you have been saving up for some new games, then here are 5 games releasing in July worth considering.

One of the most anticipated games of the year, Ghost of Tsushima takes players back to feudal Japan when the island of Tsushima was invaded by the Mongols. A lot of gameplay elements were shrouded in darkness until developer Suckerpunch gave us an 18 minute deep dive into the game. We not only got to see traversal and combat but also the environment, the ability to play the game in black and white and also, the ever-important photo mode. If you want to take on the role of a samurai who has decided to become a ninja, then this is the one for you.

The PSVR is an underrated piece of hardware. Not only is it a great entry point for VR gaming, but Sony also has a good exclusive library of games. The newest addition to that library is Iron Man VR that puts players in an Iron Man suit and lets them take to the skies to save the world. Not only will you get to perform some slick aerial moves, but also customize your Iron Man suit to make it more personal.

Death Stranding (review) is a game that will definitely not appeal to everyone. It is more of an acquired taste. It takes dozens of hours before you get into any actual combat. Yet, if you are a fan of Hideo Kojima’s style of storytelling, there is something here for you.  Not to mention the fact that the game looks visually stunning and brings with it a AAA star cast in the form of Mads Mikkelsen, Norman Reedus, Guillermo Del Toro and more. The game also has some stunning visuals when it launched on the PS4 and we can't wait to see what it looks like on a high-end PC.

If you grew up playing on a PS2, then chances are you had your hands on a game called Destroy All Humans. You took on the role of an alien in the game and did literally what the title of the game said - Destroy all Humans. The game was fun, quirky and brought with it an interesting set of weapons. Now the game is back and has been remastered for new generation consoles and the PC.

Obsidian Entertainment is now an Xbox first-party game studio and the first Xbox exclusive (available on PC as well) that they are releasing is Grounded. The game may have a very State of Decay 2 (review) like vibe to it but with a twist. You have shrunk to the size of an ant, just like the kids in 'Honey I shrunk the kids', and you need to fight to survive from the hoard of giant insects.