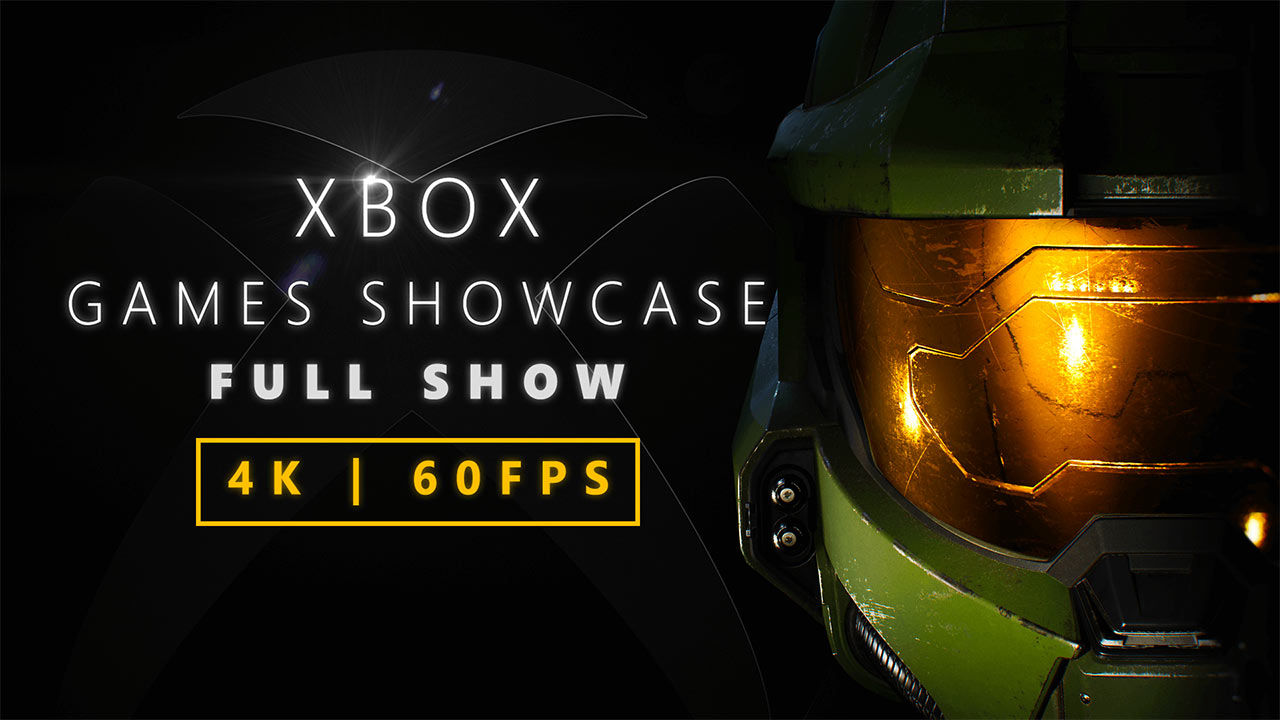 Everything We Got Out of Xbox Games Showcase

Last night, Microsoft Xbox held their online digital presentation to showcase a whole bunch of upcoming game titles. The event - Xbox Games Showcase was held in association with Geoff Keighley’s E3 alternative, Summer Game Fest. And was a follow-up to their previous reveal event held back in May which was met with a lacklustre response due to false advertising. This time around, we had a much better-organized event with some pretty decent announcements. But before we get into the main show reveals, let us get the pre-show stuff out of the way. During the pre-show, we got to see some really unique titles coming to the Xbox Series X. Including the latest iteration in the popular JRPG franchise - DRAGON QUEST XI S, a brand new free-to-play online competitive first-person shooter - EXOMECHA, a new features trailer for Watch Dogs: Legion and a turn-based adventure game - Echo Generation. We are also getting a sequel to the popular stealth horror game - Hello Neighbor 2 and a colourful new 3D platformer - BALAN WONDERWORLD. The pre-show also featured a montage, showcasing all the upcoming independent games, coming first on the Xbox One and later to be optimized for the Xbox Series X.

Now that we have gotten that out of the way, let us do a rundown of the main show stuff.

The first reveal of the night came from 343 Industries, for the much-anticipated FPS action game, Halo: Infinite. Earlier confirmed as a “Spiritual Reboot” for the franchise, the legendary series is returning with the most expansive Master Chief Story yet. The event also revealed a nine-minute long gameplay footage of its campaign mode, showcasing the world and its inhabitants along with a first-look at the prime antagonist, which you can check out, right below. Xbox assured that they will be revealing more information in the future, including the gameplay footage for their iconic multiplayer system. Halo Infinite will be out in Holiday 2020 on the Xbox Series X, Xbox One and Windows PC.

Undead Labs announced the latest iteration in their open-world zombie-killing survival game, State of Decay 3. The cinematic trailer shows a woman armed with a crossbow, traversing through the snowy wilderness before encountering an infected buck. The trailer does not give away any more information and there is no release window for this game either.

Microsoft revealed an in-engine footage for the all-new, still in “early-development” Forza Motorsport, running in native 4K 60 FPS with real-time ray tracing. The trailer showcases the top-tier, realistic graphic details the franchise is known for, along with improved lighting and reflection quality. Forza Motorsport will be out on the Xbox Series X, Xbox Game Pass and Windows PC. There is no release window for this game yet.

Everwild is an all-new IP from British Studio - Rare, featuring a vast, unique and magical world for players to explore. The cinematic trailer does not reveal much information except for a good look at the four main characters and the fantastical creatures inhabiting the mystical and colourful regions. Everwild will be out on the Xbox Series X, Xbox Game Pass and Windows PC. There is no release window for this game yet.

The fifth reveal of the night came from DONTNOD Entertainment, developers of the Life is Strange franchise. Tell Me Why is a choice-based narrative adventure game that follows a set of twins, trying to unravel the mysteries of their childhood via their “supernatural bond”. Set in a small town of Alaska, the game is set to come out on Xbox One, Xbox Game Pass and Windows PC, with chapter one coming out on 27 August 2020.

Moon Studios announced a much-optimized version of the beautiful metroidvania, Ori and the Will of the Wisps, specifically for the Xbox Series X. The new version will be running at a 120 Hz refresh rate on 4K HDR in glorious graphic detail and fidelity. The special version will be out later this year with Smart Delivery.

The Outer Worlds: Peril on Gorgon

Back in May, we saw a 21-minute long gameplay footage for Obsidian Entertainment’s survival adventure game, Grounded. This time around, they came back with a fun little launch trailer while giving a hilarious shout-out to Cyberpunk 2077. Quoted as the “Smallest” game of the year, Grounded will see players thriving and fighting it out against bugs and spiders in some random yard. Grounded will be releasing on 28 July 2020 on Xbox One, Xbox Game Pass and Windows PC.

Obsidian Entertainment finally announced the much-anticipated first-person fantasy RPG, that they were working on. Set in the fantasy world on Eora, the cinematic trailer for Avowed gives us a look at the massive battlegrounds, the hordes and a tease of the combat mechanics which includes spell-casting, reminiscent of Skyrim. The trailer did not reveal any more details.

Independent Studio, Interior/Night announced an original choice-based interactive drama that explores the intertwined lives of two families, thirty-years apart. Set in the American Southwest, As Dusk Falls is an emotional story about family, resilience, sacrifice and the outcasts. The studio is being headed by Caroline Marshal, former lead game designer for Quantic Dreams’ Heavy Rain, Beyond: Two Souls and the most recent Detroit: Become Human. As Dusk Falls will be out on the Xbox Series X, Xbox Game Pass and Windows PC. There is no release window for this game yet.

Double Fine Productions showcased a new gameplay music trailer for the sequel to their upcoming 3D platformer, Psychonauts 2. The trailer features vocals from comedy actor Jack Black, aka Jeff Portnoy from Tropic Thunder and a sneak peek at some of the gameplay elements. Initially delayed from a 2020 release, Psychonauts 2 will now be out sometime in 2021 on Xbox One, PlayStation 4 and Windows PC.

Bungie games revealed an all-new trailer for their latest expansion pack, Beyond Light. Set in the exotic, icy moon of Europa, the trailer showcases some of the gameplay footage which includes an all-new ice ability called Stasis. The expansion is part of their three-year roadmap for additional content in the game, with The Witch Queen (2021) and Lightfall (2022) coming out in the later years. Destiny 2: Beyond Light is available for pre-order now and will be out on 10 November 2020 on the Xbox Series X, Xbox Game Pass, PlayStation 4 and Windows PC.

Developer, GSC Gameworld announced the sequel to their much-beloved post-apocalyptic survival horror game, S.T.A.L.K.E.R. 2. The cinematic trailer showcases the creepy, barren, irradiated atmosphere the perilous world exhibits, along with some of the scavenging mutants lurking about. S.T.A.L.K.E.R. 2 will be out on the Xbox Series X, Xbox Game Pass and Windows PC. There is no release window for this game yet.

Fatshark announced a new iteration in their 4-player co-op FPS game, Warhammer 40,000: Darktide. The trailer shows four soldiers walking into a dark and hostile area before running head-first into a huge army of the undead. The game will be set in the hive city of Tertium and will see players fighting it out against herds of zombies. Warhammer 40,000: Darktide will be out on the Xbox Series X and Windows PC in 2021.

When we first saw this trailer, no joke, we thought it was Xbox revealing the user footage they had collected over the years. As it turns out it was the announcement for an all-new Tetris game. Tetris Effect: Connected is an optimized version of the original Tetris experience with an all-new co-op and competitive online and local multiplayer modes. Tetris Effect: Connected will be out on the Xbox Series X, Xbox One and Windows PC in summer of 2021.

The next announcement comes from the developer - Image & Form, the creators of post-apocalyptic metroidvania, Steamworld. The Gunk is an all-new adventure game set in a vast alien world filled with terrifying enemies, that you have to defeat by vacuuming...? The trailer showcases the colourful yet slimy world, some of the third-person gameplay and a first look at the monsters before revealing its availability. The Gunk will be out on the Xbox Series X, Xbox One and Windows PC. There is no set release window for the game yet.

Bloober Teams SA revealed a new trailer for their psychological horror game, The Medium. As reported by us during the previous Xbox presentation, players will be taking control of a woman who can shift between two realities. One involving a normal life, while the other is a world filled with demonic creatures. The new trailer shows some gameplay footage involving psychic powers while highlighting their dual-reality gameplay system. Where the two separate worlds have been rendered similarly while keeping the character’s distinct appearances in mind. The Medium is available for pre-order now and will be out during Holiday 2020 on the Xbox Series X, Xbox Game Pass and Windows PC.

SEGA announced a completely redesigned variant of the 2012’s Japan-only free-to-play action RPG game, Phantasy Star Online 2. The trailer features the reimagined graphics, vast open-worlds and the hack-and-slash combat system. Phantasy Star Online 2: New Genesis will be out in 2021 on the Xbox Series X, Xbox One and Windows PC.

CrossfireX is an upcoming first-person-shooter game from Remedy Entertainment. The game features stories from both sides of the iconic Crossfire mercenary factions. Players can choose between Global Risk or Black List to engage in the cinematic single-player campaign or the online multiplayer modes. CrossfireX will be out this year on the Xbox Series X and Xbox One.

After having seen dozens of rumours floating around for the past few weeks, Playground Games finally revealed a cinematic trailer for a new Fable game. The game has been touted as a “new beginning for the legendary franchise”, indicating that it is a reboot. The trailer does not give away much, other than a good look at the vast, magical world the game is set in, filled with fairies and fairy-eating toads. As of now, there is no release window for this game.

And that was it for Xbox Games Showcase. We got some pretty cool announcements including the gameplay footage for Halo Infinite and the much-anticipated Fable announcement. You can check out the entire Xbox Games Showcase presentation at the bottom of this article. Similarly, PlayStation 5, Electronic Arts, Nacon and Ubisoft also had their respective presentations, which were all held in association with the Summer Game Fest. Additionally, feel free to sign up to Summer Game Fest here, to stay up to date with all the upcoming gaming events as and when they pop up.

Apple could release iOS 16.2 soon: Here's what we know about the upcoming version of iOS Previous Post
MIUI 14 changelog tips details about the new features for Xiaomi phones Next Post