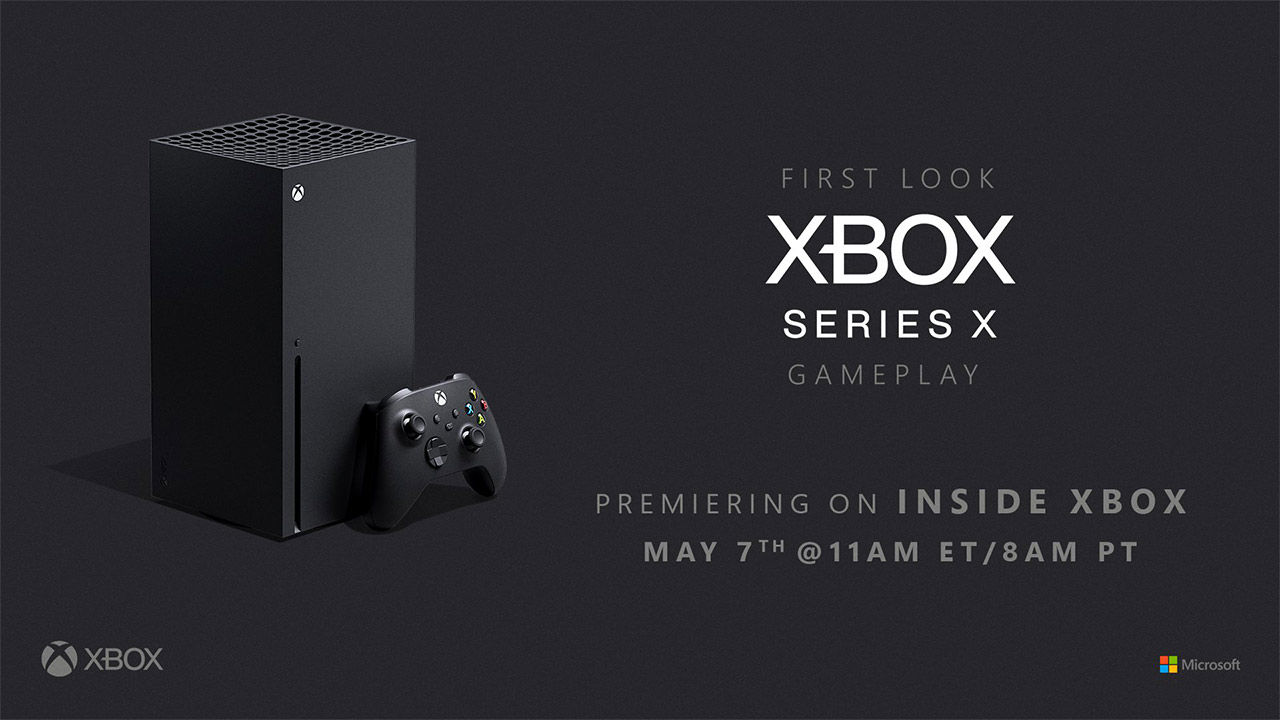 Inside Xbox just presented the first look at their Xbox Series X “Gameplay” in association with Geoff Keighley’s Summer Game Fest. The presentation was held by developers from the comfort of home due to the ongoing COVID-19 pandemic. Damon Baker, Head of Global Portfolio at Xbox welcomed the audience to the presentation. The presentation was held to give a sneak peek to some of the games coming to Xbox Series X. He further went on to speak about the new Smart Delivery feature. Game titles that support Smart Delivery provides graphical enhancements on the Xbox Series X. This makes buying multiple versions of a pre-existing game unnecessary for whichever Xbox system you own. So, if you buy a game on Xbox One, it becomes free on Xbox Series X given that it has support for Smart Delivery.

Now, let us take a look at the games that were revealed for the Xbox Series X.

The first gameplay trailer to be revealed was in-engine footage of Bright Memory: Infinite from Playism. The game was built by a single individual at the FYQD Studios in China using Unreal Engine. Bright Memory: Infinite is a sequel to the 1 hour long pre-existing Bright Memory game, which was released on Steam’s Early Access back in January 2019. Bright Memory: Infinite is a first-person hack-and-slash episodic game with some RPG elements to it. The gameplay includes usage of guns and sword-fights. It has also got added movement mechanics like wall-running and even grappling hooks for not just travelling onto surfaces, but also to pull enemies closer to you. Similar to the bat claw in the Batman Arkham Series. The trailer also revealed the driving mechanics which looks pretty sick. Sadly this game does not support Smart Delivery.

PS. If you buy Bright Memory on Steam now, which is pretty cheap, you will get access to Bright Memory: Infinite for free when it releases!

The second reveal was the world premiere for Codemasters’ Dirt 5. The reveal started out by showing some in-game footage of pyrotechnics, festivities and some close-up shots on the cars. The rest of the footage consisted of what seems like cutscene footage from the game showing the environments the races would take place in. Such as cities and terrains. Dirt 5 will feature races in New York, Rio De Janeiro, Greece and China. Dirt 5 is also bringing back the 4-player split-screen. The game also features a career mode with narratives from celebrated voice actors, Troy Baker and Nolan North. Dirt 5 supports the Smart Delivery feature as well.

The third reveal was an atmospheric first-person horror adventure game called Scorn, from Ebb Software. This game was originally a Kickstarter campaign and was listed on Steam back in September of 2018. The game setting is in a nightmarish universe where the player is thrown into. The reveal shows some in-game footage of the environment and some of the other-worldly creatures present in the game. Gameplay-wise, the trailer showed a humanoid character squeezing what seems like a tentacle and inserting it into the mouth of another sleeping humanoid character with different features. The resting character then opens its eyes to reveal a flower-like appendage with a brightly lit eye and even more tentacles! Similar to the Demogorgon from the Stranger Things Netflix series. This game is available on Xbox via their Game Pass.

The fourth reveal was the world premiere for Deep Silver’s new cinematic space combat shooter called Chorus. According to their official website, in the game, you take control of a female protagonist, Nara. She was once a deadly warrior for a space organisation called Circle. Circumstances led to her then becoming a most-wanted fugitive who swore to destroy the dark organisation that gave birth to her. The trailer features some of the space environment and a strong narrative. It also features Foresaken. Her sentient starfighter using which one could just fly around for fun, explore ancient temples and engage in zero-gravity combat. The game is set to release in 2021 and it supports Smart Delivery.

Xbox then revealed a world premiere for EA Sports’ NFL game Madden 21. The reveal started with Patrick Mahomes, the quarterback for the American Football team, Kansas City Chiefs, welcoming the audience to the reveal and hoping that everyone is staying at home during these tough times. The trailer then showed a timelapse of gameplay footage from previous Madden games. Back from the pixelated 8-bit days to the next-gen releases. Then it proceeded to show some work in progress cutscene footage from Madden 21, before revealing the fact that it supports Smart Delivery.

Xbox then revealed a very dark trailer for Vampire The Masquerade: Bloodlines 2 from Paradox Interactive. The trailer first starts out with some jumpy upbeat music with some human puppets hanging around a Christmas tree on strings and a guy with long hair dancing around them. Our assumption is that the guy is a vampire and the human puppets are supposed to signify the mind control ability that vampires possess. The trailer then proceeds to show the world and some of the important characters in the game in first-person perspective. The trailer then proceeds to show some of the mechanics and abilities such as agility, teleportation, levitation, bat swarms, explosive abilities, blood consumption for sustenance and finally some hand-to-hand combat. The game is set to release this year and has support for Smart Delivery.

Call of the Sea

Xbox then unveiled yet another world premiere for a first-person action-adventure game from Out of the Blue called Call of the Sea. The game is set in a 1930s South Pacific Island. From the trailer, it looks like an open-world game filled with puzzles and mysteries to solve, all leading to finding out the protagonists’ lost husband. The graphics look sharp and somewhat similar to that of Sea of Thieves. The game has support for Smart Delivery and is also available on Xbox Game Pass.

The eighth reveal was the world premiere for an action RPG game from Curve Digital, The Ascent. The Ascent is set in a cyberpunk world where the community has collapsed and is in disarray. Gameplay-wise, it features a 2.5D overhead display, similar to Disco Elysium. The game features run-and-gun mechanics, puzzle-solving and also provides customization for your character. This game also has support for Smart Delivery.

Here’s yet another world premiere showing a psychological horror game called The Medium from Bloober Team SA. Based on the trailer, it looks like the player takes control of a woman who keeps shifting between two realities. One where she is leading a normal life, expecting a baby, and the other where demons have taken over the world. Our assumption of the plot is that the baby somehow dies during pregnancy due to which the main character loses her mind and starts experiencing hallucinations. Unlike other horror games, it looks like this game would be a third-person experience. This game is available on Xbox Game Pass and is expected to come out during Christmas 2020.

The next world premiere comes from Bandai Namco and is an action RPG game set in the distant future. The trailer starts off by showing the world and the crisp graphics before setting into the gameplay. Based on the footage it seems like the game would be more gameplay centric than the story. It features hack-and-slash mechanics and power of psychokinesis which allows the main character to throw around vehicles and such onto enemies. One drawback regarding the reveal trailer was the massive fps drops due to the huge number of elements on the screen. This could not just affect gameplay experience, but also streaming experience due to scuffed bitrate. This game also comes with support for Smart Delivery.

This coop shooter game comes from Avalanche Studios and is called Second Extinction. The game is set in a post-apocalyptic world and is similar to Left 4 Dead in terms of gameplay. The only difference is that here you face off against dinosaurs instead of zombies. Based on the trailer it looks like there would be swarms of blood-thirsty reptiles coming towards you in waves followed by a boss dinosaur whom you have to eliminate. The game features a variety of guns such as rifles, shotguns and miniguns and is also loaded with explosions. It also comes with Smart Delivery.

The next reveal comes from SEGA and is the latest instalment in the Yakuza franchise, Yakuza: Like a Dragon. Based on the trailer it looks like it is set in modern-day Japan, unlike the previous titles. You assume the role of Ichiban Kasuga, a low ranking member left on the brink of death by a man he trusted the most. Based on the footage it seems like the player has to build up his status as a gang member from the bottom. The game also features “superpowers”,  main characters from the previous games and for some reason a giant lobster?! Maybe it’s the camera angle? Yakuza: Like a Dragon is expected to release on Day One on the Xbox Series X and has support for Smart Delivery.

Remember us using quotations for gameplay at the beginning? This reveal is where Xbox messed up big time. Xbox had been advertising their event stating that there would be exclusive gameplay footage for the new Assassin’s Creed game being shown. However, what we got was some in-game cutscene footage and B-rolls. The trailer showcased a bit of the world elements and that is about it. This translated to a barrage of dislikes on their stream on YouTube. So, is it okay to call it a scam? We would say, yes! If it makes you feel any better, this game also has Smart Delivery.

That was about it from Inside Xbox event. A bunch of promising titles and a worldwide Assassin’s Creed Valhalla “Gameplay” jebait. We could assume that the actual gameplay footage will be showcased during the PlayStation press conference. You can sign up to keep up with the rolling schedule for other upcoming events for the Summer Game Fest here.