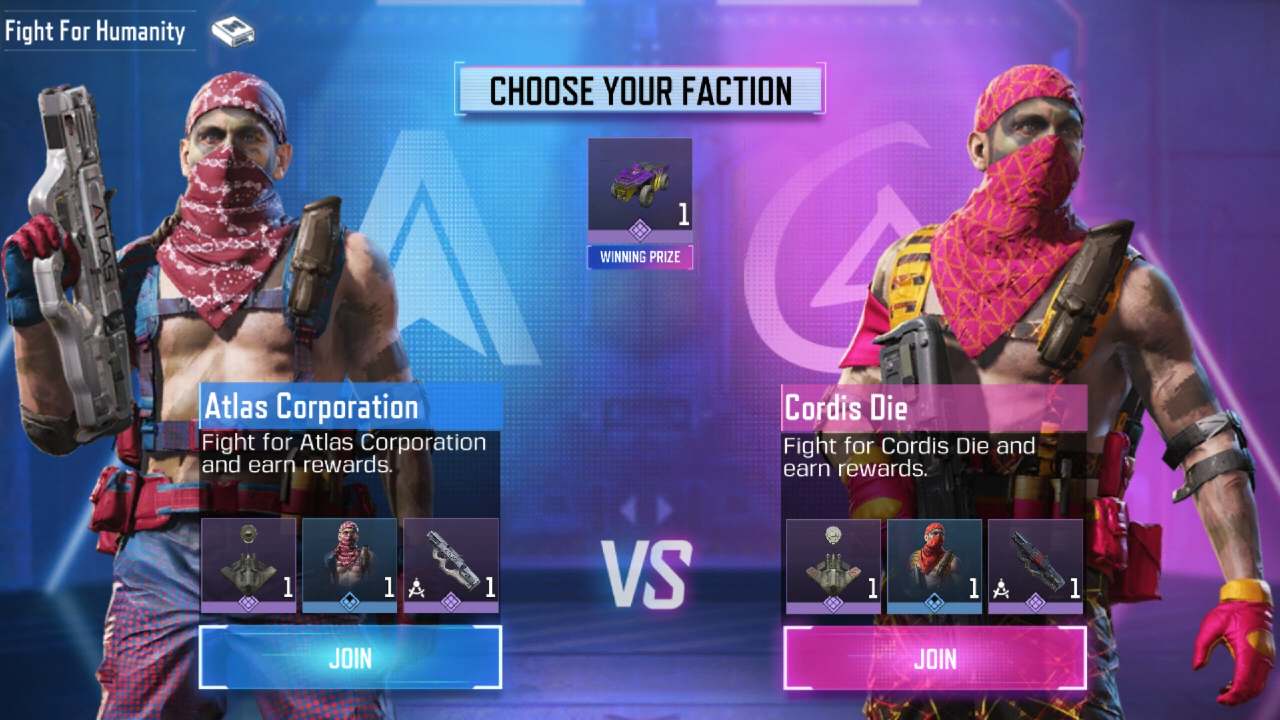 Call of Duty: Mobile’s new ‘Fight For Humanity’ event is now live for players. The new event works in a manner pretty similar to the ‘Knights Divided’ event that was held a few months back. In the Fight for Humanity will task players with choosing a side. Players on each side will get access to certain rewards that they can earn. Further, once players pick a side, they will not be able to switch sides.

They then will have to complete tasks and challenges in order to gain points for their team. Every day, a new territory will be up for grabs and with it there will be a corresponding task or challenge. At the end of each day, the team with the most points gets that particular territory. At the end of the event, the team with the most territories wong and get an epic item.

As with the Knight Divided event, the rewards players can earn are the same for teams. The only difference is the skin/look of the rewards. Both teams stand to win a unique Cordite, a UAV charm and the Russian Merc character. Other rewards include skins for the J358 pistol, ASM10 assault rifle, and HRa3 assault rifle. The winning team will receive the Override skin for the ATV found in Battle Royale.

Besides this, Call of Duty: Mobile also released a new tactical grenade with the Season 1 ‘New Order’ update. The new Gas Grenade releases a cloud of tear gas that  blurs vision and causes the player character to cough violently. In order to get the grenade, players will have to complete the Deadly Mist seasonal challenge. You can learn more about that here.

Other major new additions in the Season 1 update includes two new weapons and a new multiplayer map. You can learn more about the new FR. 556 and SKS weapons here. Our strategy guide for the new Reclaim map is available here.