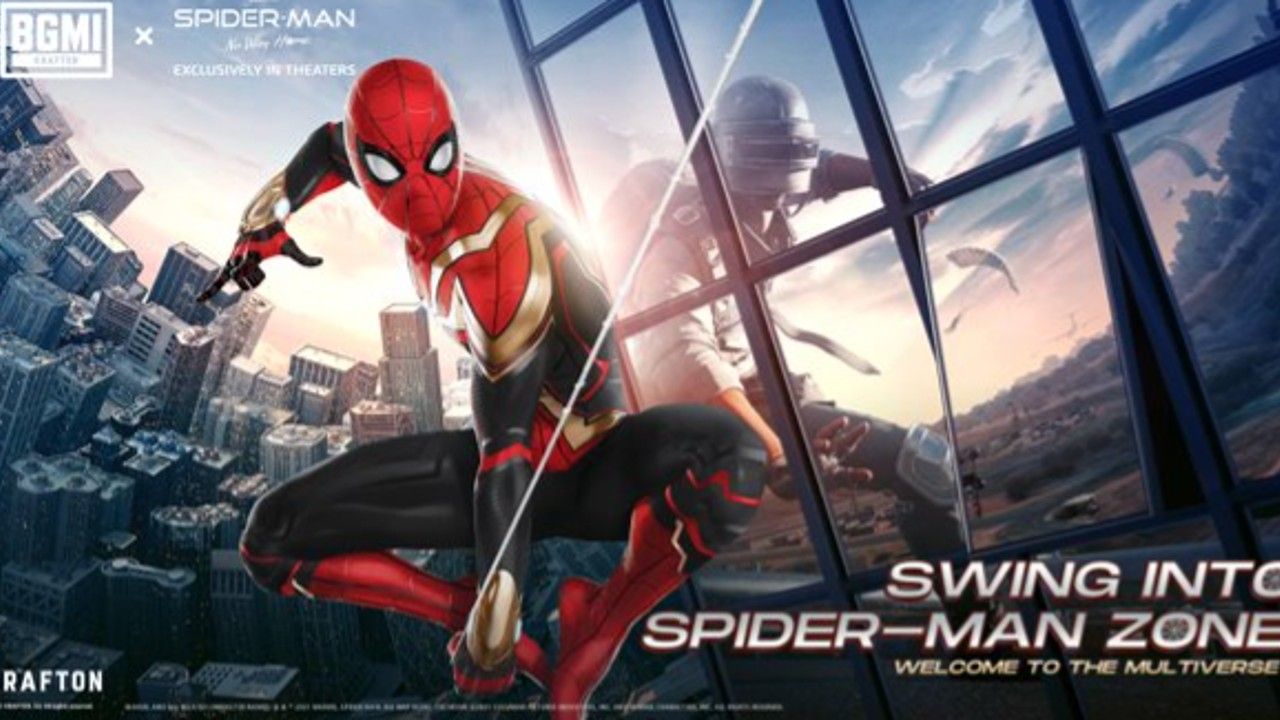 Battlegrounds Mobile India will feature a crossover event with Spider-Man: No Way Home. Details for the event will be revealed at the launch of BGMI version 1.8. The update is scheduled to go live sometime in mid-January.

Krafton has announced that it will be partnering with Sony Pictures to introduce a crossover event between Battlegrounds Mobile India and the movie, Spider-Man: No Way Home. The developers note that this is the game’s first collaboration with Sony Pictures. As part of the crossover players will get the chance to get exclusive in-game items such as collaboration skins. These skins can be earned by completing in-game missions. The developers note that additional details on gameplay and items will be revealed at the launch of Battlegrounds Mobile India version 1.8 update. The update is scheduled to go live sometime in mid-January. 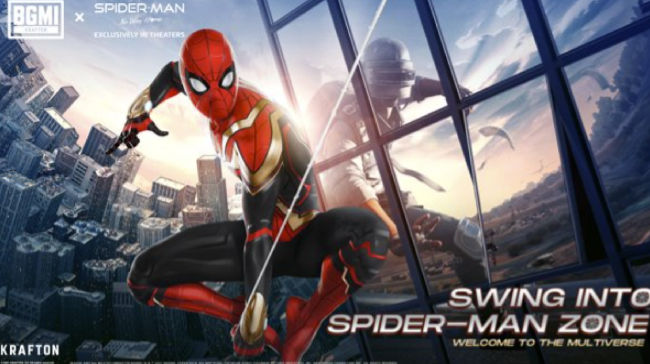 “This exciting collaboration will allow fans around the world to expand their engagement with their friendly neighbourhood Spider-Man through BGMI’s state-of-the-art gaming experience – all while on the go with their mobile phone,” said Jeffrey Godsick, EVP of Global Partnerships and Brand Management and Head of Location Based Entertainment at Sony Pictures Entertainment.

Details about the crossover are still not yet known, but in the promotional poster, one can see Spider-Man in his Iron-Spider costume. So one can assume that this would be one of the skins that players will be able to obtain. One could also expect weapon skins based on the web-slinger. Speaking of which, it is not yet known if the crossover event will give players the opportunity for wall-crawling or web-swinging.

Spider-Man has always been one of the most popular superheroes in the industry and one of the vanguards for Marvel comics. With the recent success of the MCU movies, animated movies as well as video games, it seems like the spidey’s popularity is here to stay. Especially when one considers the box office success of Spider-Man: No Way Home.

Also read: 5 reasons why Spider-Man: No Way Home is not your regular MCU film