The device was unveiled at Google I/O 2016 and Xiaomi says that the device will be available in the US soon. 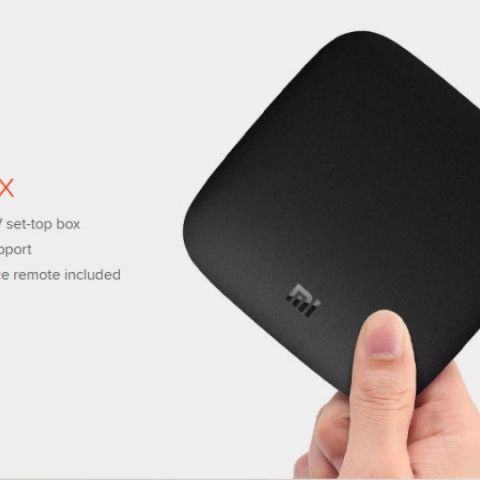 Xiaomi has unveiled a new Mi Box set-top box at Google I/O 2016. The device is a standalone set-top box running Android TV 6.0 and is capable of streaming 4K videos at 60fps. The device also supports Google Cast, which lets users stream images, video and music from their phone or tablets. In addition, it will also recommend videos based on the user’s preferences on YouTube and Google Play. The device also comes with a Bluetooth remote control featuring voice search functionality. Xiaomi hasn’t yet revealed the price of the device and says that it will soon be available in the US.

The Mi Box is powered by a 2GHz quad-core Cortex-A53 SoC with 2GB of RAM and features a 750MHz Mali 450 GPU. The device sports 8GB of storage that can be expanded via a USB drive. It sports a HDMI 2.0a port and one USB 2.0 port. The Mi Box also supports Dolby Digital Plus and DTS Surround Sound. The Mi Box is also compatible with the Mi Game Controller, which is sold separately.

Xiaomi’s Global VP, Hugo Barra, had earlier teased the new Mi Box a few days back. It was then speculated that the company may either launch a new Mi Box, or a Mi TV powered by Android TV OS.

Mi Box, our 4K HDR Android TV set-top box with bluetooth voice remote, will be coming to the US soon! #io16 pic.twitter.com/O5Nt1Vlnf6