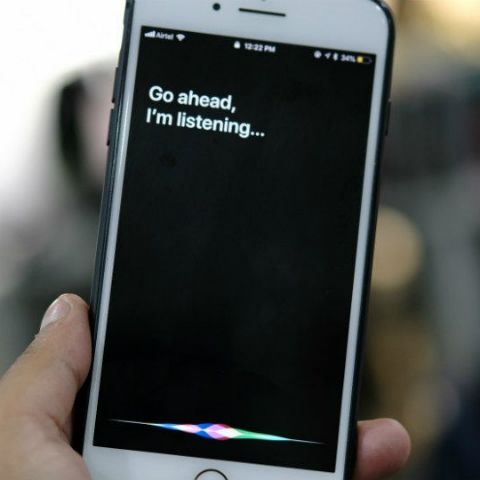 SiriKit has been updated to support third-party audio apps, including music, podcasts, and audiobooks.

This means Siri would soon be able to play music from Spotify, Amazon Music and other third-party apps.

One would be able to ask Siri to play music via Spotify, Gaana, or other services.

Apple made a bunch of announcements during its World Wide Developers Conference 2019 event. It introduced the new iOS 13 operating system for iPhones and introduced iPadOS for iPads. Additionally, multiple new developer features were announced and one of them was about SiriKit supporting third-party audio apps. Apple will now enable SiriKit framework to support third-party audio apps, including support for music, podcasts and audiobooks. This means one would be able to ask Siri to play music via Spotify, Gaana, or other services. Apple, in a blog post, says, "SiriKit adds support for third-party audio apps, including music, podcasts, and audiobooks, so developers can now integrate Siri directly into their iOS, iPadOS, and watchOS apps, giving users the ability to control their audio with a simple voice command."

Siri has also received some additional features and the digital assistant’s dictation is said to get better with iOS 13. This would be thanks to Neural TTS, which Apple claims would also impart a more natural sounding voice to the digital assistant. The Siri Shortcuts app will now be built in and users will be able to create Multistep shortcuts with suggested automations that will be based on a user’s habits. Incoming messages will be read out loud by Siri when one is using AirPods. Siri now also has a new Indian English voice and Apple is adding Live radio to iOS, which is said to feature over 100,000 radio stations from around the world. Siri will be able to tune into a radio station as well.

Alongside Siri, numerous other new features will be made available with iOS 13. Dark Mode will finally be implemented system-wide with iOS 13 and all of Apple’s first-party apps will sport a darker hue. Additionally, there will be a new swiping feature integrated with the Apple keyboard, there will be performance improvements, more privacy-centric options and other new features. You can more about the top 10 iOS13 features here.