Netflix has added a new option to its Android app

You can now remove individual titles from the 'Continue Watching' section

If you’ve ever been annoyed at the titles on the ‘Continue Watching’ tab on the Netflix app? Well, the streaming giant has now given users the ability to remove individual titles from the section. So, if you didn’t like a film or show that you clicked on, you can now wipe it off your screen. The feature has just been rolled out for Android and will hit iOS users by the end of the month.

Here is how you can remove individual titles from the ‘Continue Watching’ tab on your Netflix app. First, make sure you update your app on the Google Play Store. As soon as you’ve updated the Netflix app, open it and you will see a three-dot icon below the individual titles on the “Continue Watching’ tab. You will be prompted by a list with the option to ‘ Remove from row’. Click on the option and the show or film will be removed from the list. It really is that simple. 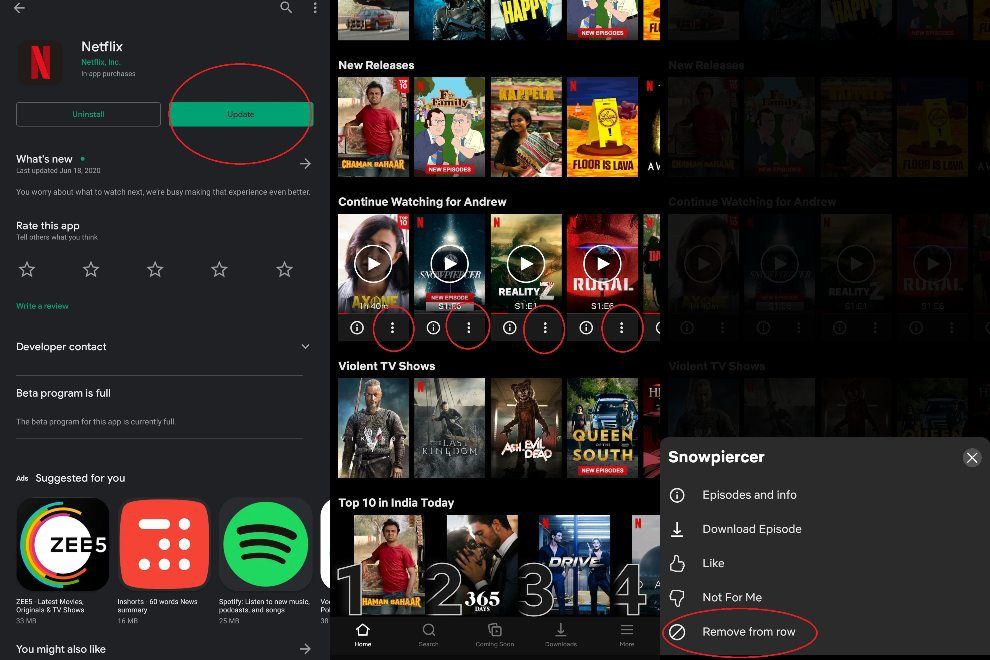 A Netflix spokesperson also shared a comment regarding the feature, “We constantly look to make the Netflix experience more intuitive. The update to the mobile menu groups a few existing options -- downloading a show or movie, rating it, or removing it from Continue Watching -- and makes them more convenient.”.