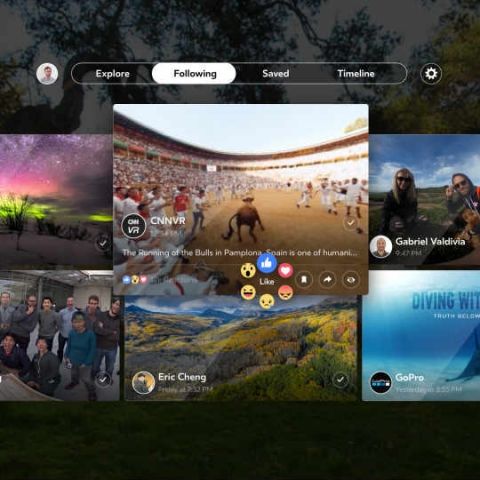 Facebook has announced that it is launching a 360 app for Samsung’s GearVR headset. Called the Facebook 360 app, it is powered by Oculus and lets users view 360 degree photos and videos via the headset. They will also be able to pull up more information about the photo/video, react, save, or share it.

Facebook states, “with more than 25 million 360 photos and more than 1 million 360 videos posted on Facebook to date, there’s plenty of great content to discover in Facebook 360. The app is a one-stop shop for catching up on what you may have missed from your friends and others you follow, diving into the 360 photos and videos you’ve saved, and finding something new to enjoy.”

Facebook gave users the option to upload and view 360 content on their page last year. On phones, 360 photos and videos can be viewed by moving the device around. On the web, 360 images can be viewed clicking and dragging the image.