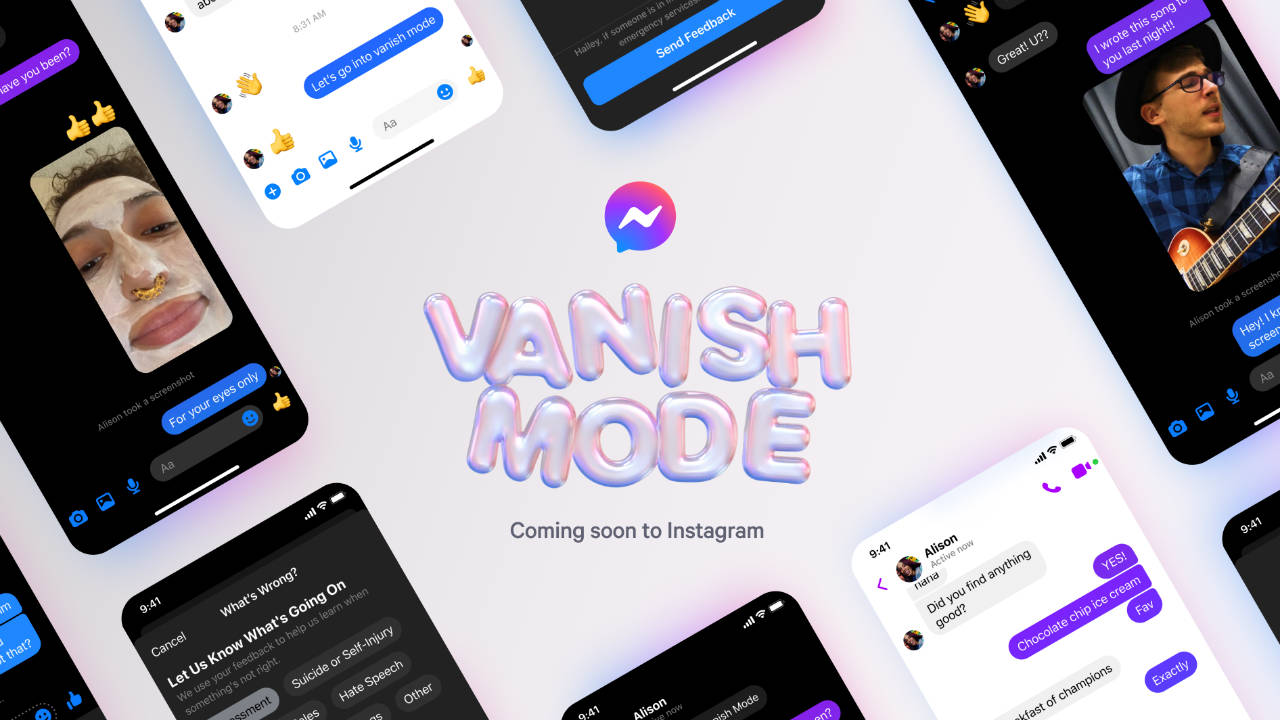 Facebook is adding a new feature to Messenger and Instagram. Called “Vanish Mode” the feature is similar to what we’ve seen on Snapchat. As the name suggests, a message will be deleted once a user has read it and exited the chat window. According to the messenger news blog post, “Sometimes a message is just spontaneous – something you want to say in the moment without worrying about it sticking around. That’s why we’re excited to introduce vanish mode on Messenger, which lets you send messages that disappear automatically. How it works is simple—messages disappear after they’re seen and you leave the chat”.

On Messenger and Instagram, the feature can be enabled by simply swiping up on the smartphone in an existing chat thread. This will bring the user to vanish mode.

According to the blogpost this feature is “Safety by design”. Only people a user is connected to can use vanish mode in a chat. The feature is also opt-in. So, a user can choose whether to enter vanish mode with someone or not. In addition to entering vanish mode with another user, if one of the users takes a screenshot of the chat while using vanish mode, the other will be notified. Users can also block someone and report a conversation if they feel unsafe.

Since vanishing mode is a new feature, users will see a screen explaining the new feature when they use it for the first time. It can be activated by simply swiping up in an active chat window.

Messenger and Instagram are not the only services getting a Vanish mode. Facebook-owned WhatsApp has also seen an inflow of new features one of which is Disappearing Messages. With this new feature, WhatsApp users can choose to erase all messages exchanged in a chat. Once enabled on a chat, all messages exchanged between two users will disappear after seven days. Other new features that have made their way to WhatsApp include the ability to make payments via UPI, better storage management, the addition of a shopping button, and more. You can learn about the new features available on WhatsApp in detail here.