From beer-tending bots to hoverboards - the future is now 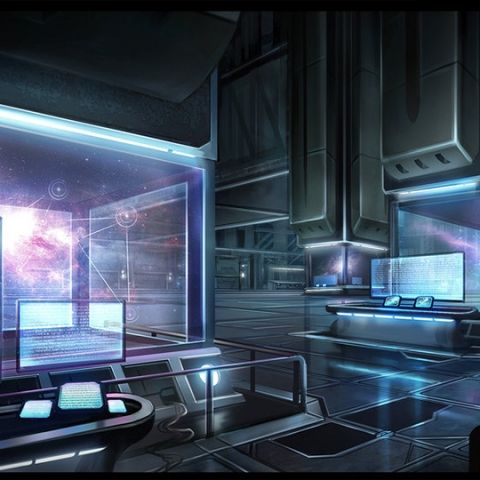 2015 is here, and we are more than halfway through already. For instance, you can receive calls with wristwatches and authenticate bank transactions with your fingerprint - cool, but not Tony Stark or Back to the Future cool. But there is work going on in lab basements, to match up to the predictions that our predecessors had about us. Here’s taking a glimpse at stuff that are real forays into the future - in functioning prototype or funded planning stages.

Lexus Slide
Here’s something that sparked all the 2015 and Back to the Future II parallels - an actual, working hoverboard. Ever since we saw those hovering skateboards in the film, we’ve always wondered when they’ll be for real. Hendo was technically the first company to make a skateboard hover above a metallic platform, a few years back. It was, however, nothing more than a prototype. The Hendo Hover managed to hover a couple of inches above the metallic surface, without any scope of being controlled in any way. Added to that, the device looked more like an in-lab scientist’s toy, not something that might be real some day. 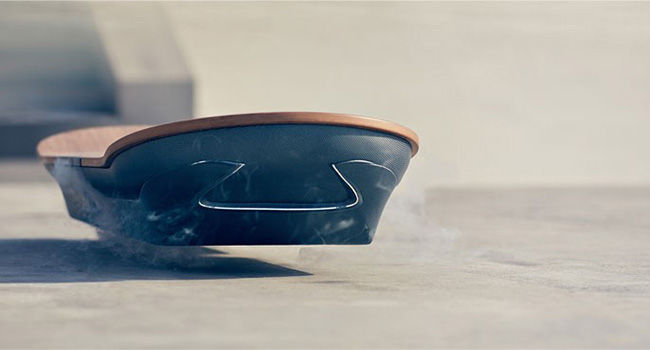 In comes esteemed car makers, Lexus. The Lexus Slide does not only look more like a skateboard, it has all the finesse of a fine piece of luxury that Lexus produces regularly, with its cars. Featuring a wooden footboard supplemented by a carbon fibre chassis and sides, the Lexus Slide works on the principles of electromagnetic induction. It is powered by battery cells, and the heat generated on account of the induction is kept cool by liquid nitrogen. Not content with just making the board, the folks at Lexus built an entire metal strip-embedded skating facility for the hoverboard to function, and then released videos of expert skateboarders riding the hoverboard.

The Lexus Slide has come the closest, to matching the hoverboards on sci-fi movies. It is, however, not feasible commercially. It costs millions of dollars to make, and then another few millions, and a lot of space to build a rink for it. But no one can deny the sheer awesomeness of watching skateboarders gliding around inches above the ground. Hoverboard technology still needs a lot of refinement to become viable for public: find a way to make it work outside metal-only tracks, and reduce the immense cost of manufacturing. As of now, it remains a uber-cool laboratory gadget.

Hyperloop
Elon Musk has been pushing boundaries to bring the future closer, and Hyperloop is the fastest way forward. Hyperloop is SpaceX’s idea for high speed ground transport, and by high speed, they mean really high speed. Hyperloop’s idea is building tube tracks connecting numerous cities, and making specialised pods that will travel with a top speed that matches the speed of sound, at nearly 340m/s. 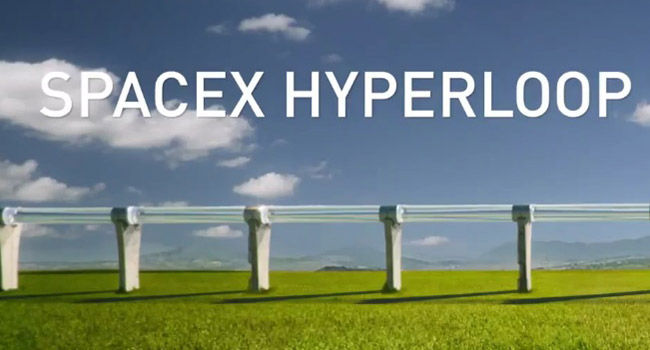 At such speeds, it will take roughly 70 minutes for a person to reach Delhi, from Mumbai. Air travel between these two cities presently takes about double the duration. With Hyperloop, you may possibly make it to your Delhi office on time, if you leave from your Mumbai home by 9am. Comparing that to a Gurgaon-Noida transition during peak office hours, you’d rather prefer the former, wouldn’t you?

Hyperloop, sadly, is not a working prototype like the Lexus Slide. It is still a much-debated concept. There are quite a few barriers to this project, but there are a lot of positives too. Immunity to natural catastrophes, and uber-fast transportation are a few of them. SpaceX is presently accepting ideas for a Hyperloop pod, and anyone willing to take a shot at it is welcome to present his or her own design.

No, it is not short-term fiction. Hyperloop is real, and in about five years, you may just reach New York from London in… a little more than four hours and 30 minutes.

Holographic displays
What’s sci-fi movies without those blue-tinted displays, suspended in mid-air? We’ve all grown up seeing them, hoping for a day when we will simply wave our hands in the air, and see the world change around us. Holographic displays have been becoming reality for about two years now. And it is not a prototype any more. 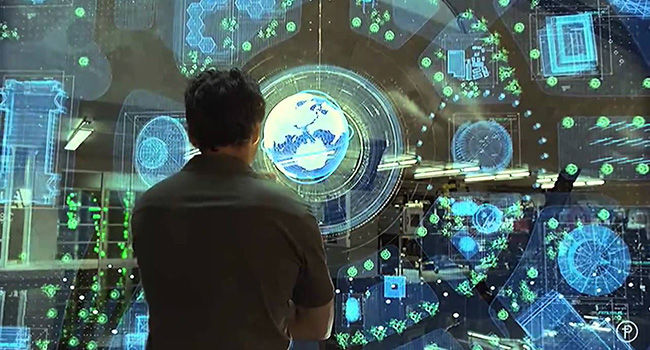 Realfiction’s Dreamoc Scandinavia 360 XXL is a four-sided holographic display that has become quite popular. You can see movie characters literally ‘walking around’ in a video - sheer novelty. Holoxica also has working prototypes that feature air drawing on holographic displays with gesture recognition. These displays are not only closer to becoming reality in (maybe) near future, they are also at much higher stages of advancement than hoverboards and traveling at the speed of sound.

The Iron Man suit, though, still remains a dream. 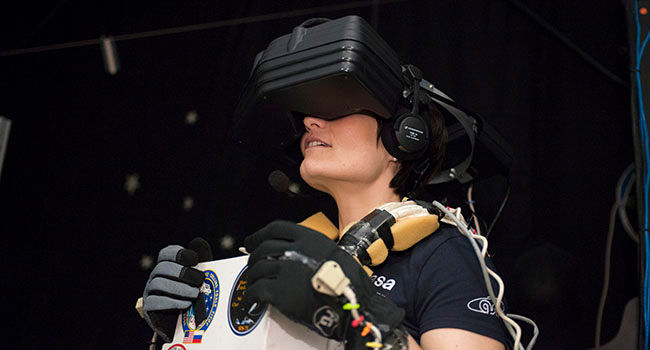 To promote this, OnePlus distributed Cardboard-powered VR headsets at a throwaway price. This showed how affordable virtual reality is becoming. Ventures into three dimensional entertainment experience has now turned into four-dimensional VR headset-powered clips, where you literally stand in the centre of the stage, and Paul McCartney is performing all around you. You move your head to look around the arena, do exactly what you do when you’re at a real concert.

From a time when 3D display panels on televisions and motion sensors on cellphones were a big deal, to now, reality has come a long way. We might not  have just reached the future as of yet, but we are surely getting there fast.

Self-driving cars, beer-delivering robots, intelligent personal assistants, drones…
The list goes on. Google’s self-driving car project is soon becoming reality. Armed with sensors all around, SUVs are driving themselves all around Google’s home, Mountain View, CA. They are even being bumped into while trying to halt suddenly at traffic signals, emulating real drivers in every possible way.

Robots are becoming skilful bartenders too. Popular Science recently reported about beer-tending robots at the Massachusetts Institute of Technologym while robots have been known to be cocktail mixers since 2006. How the cocktails taste, though, is a topic for another end-of-day drink.

These aren't all. Virtual assistants are presently at war to prove their own intelligence above the other. The likes of Siri and Cortana can speak to you, although they cannot feel you yet, not as much as Samantha in Her. They can, however, order your meal, remind you to leave early for your flight, curate music by your mood, and make lives easier.

The future may be tomorrow - with all of these and a lot more going on in laboratories across the world. Drones are fast becoming commonplace, replacing the remote-controlled car races we used to indulge in as kids, while e-commerce giants are looking to carry out automated product deliveries with them. if that wasn't enough, giant robots are challenging each other to fights, the list is endless. A team of Belgian engineers at Ikea have even controlled magnetic repulsion fields to make bungee jumping possible without wires. Yes, it’s hellish freaky, but there can be no greater thrill than being suspended in air after flying down eighty feet. With so much going around, by tomorrow you might just see your Chevrolet Camaro transform into Bumblebee.

Thrilling, but slightly scary too.

Realme to launch the realme Watch 2, Watch 2 Pro, Buds Wireless 2: How to watch the live stream
Samsung Odyssey Neo G9 could be the industry's first curved-display Mini-LED gaming monitor
Apple's 11-inch iPad Pro is reportedly getting Mini LED display next year
What if a botched Google search card says you are a serial killer?
Vishal Dhupar of NVidia on how technology will improve gaming performance
Advertisements