A look at which PS4 accessories will work with the PS5

You may have invested in a gaming headset or some third party controllers, so on and so forth. So if you are wondering whether all these accessories will work with the PS5, then we say, worry not. We are here to tell you which of your accessories will work with the PS5. All this information is also listed on the official PlayStation Blog. So let’s start with the most important one.

Will the PS4 DualShock 4 work with PS5 games?

According to the PlayStation Blog, “No, we believe that PS5 games should take advantage of the new capabilities and features we’re bringing to the platform, including the features of DualSense wireless controller”. Even though the PS5 DualSense controller has a touchpad and the same traditional button layout we are used to on a PlayStation controller, the PS4 controller will not work with PS5 games. The new DualSense controller is slightly chunkier than the PS4 controller, but that’s not the only change. It brings with it haptic feedback and adaptive triggers giving you a unique gameplay experience. So when you pull the triggers, the feeling of shooting a bow and arrow in a game will be a lot different than shooting a gun adding to a new level of immersion. This is the reason the PS4 Dualshock controller will not be compatible with PS5 games.

So, will the DualShock 4 work with PS4 backwards compatible games on the PS5?

Yes. According to Sony, “The DualShock 4 wireless controller and PlayStation officially licensed third-party gamepad controllers will work with supported PS4 games.” So if you plan on playing the PS4 backwards compatible library of games on the PS5, then know that not only the DualShock 4 but also other compatible “officially licensed third-party” controllers will also work with the upcoming PS5 console. 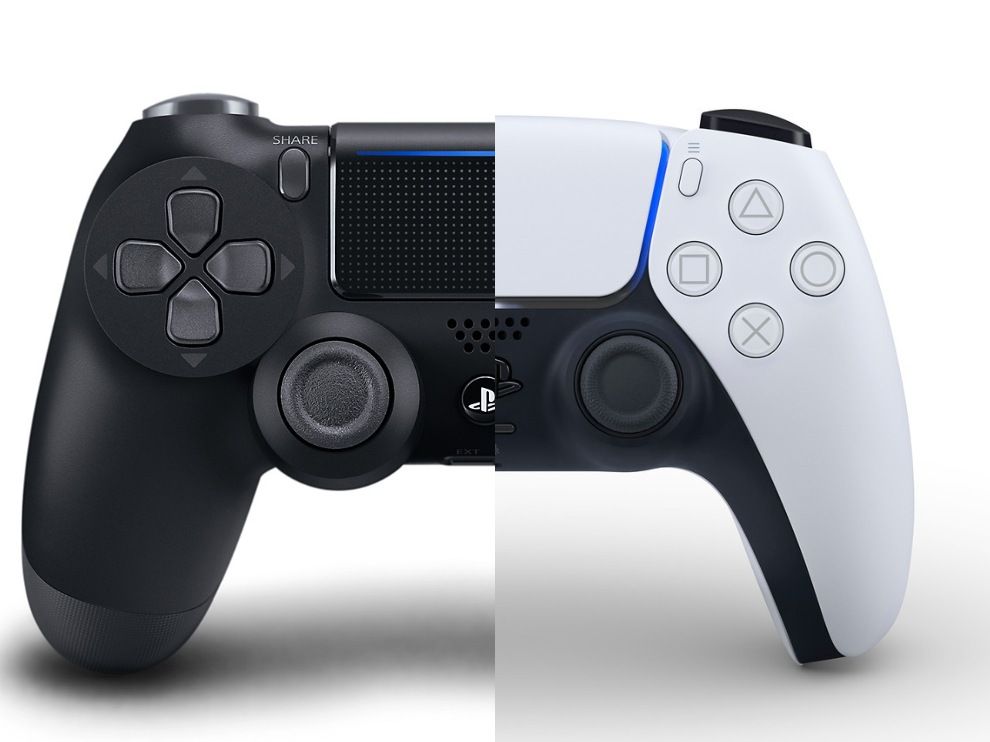 Is the PlayStation Camera for PS4 compatible with PS5?

According to Sony, “Yes, PlayStation Camera will work with PS5 for playing supported PS VR games. It will require a PlayStation Camera adaptor that will be provided at no additional cost to PS VR users. More details on how to get the adaptor will be announced at a later date”. The fact that the adapter to connect the PSVR camera will be provided at no additional cost is a big deal and how this will play out in the future remains to be seen. So it is confirmed that the PSVR will work with the PS5. But what about the accessories?

Will the PSVR and PSVR accessories be compatible with the PS5?

As mentioned above, the PSVR and the camera will work with the PS5. Sony has also said that “both the PS Move Motion Controllers and the PlayStation VR Aim Controller will work with supported PS VR games on PS5”. So you will be able to enjoy your PSVR games (the ones that are supported) on the PS5.

Which existing PS4 peripherals/accessories will work on PS5?

So if you are someone that has a favourite controller to play games like Mortal Kombat or Street Fighter or a flight stick to play aerial combat games, then your peripherals will work with the upcoming console.

Even your headsets will work with the upcoming console. Microsoft removed the optical port from the upcoming Xbox Series X so any audio peripheral that requires that connection will not work with the console. We still do not know the port layout at the back of the PS5, so we will have to wait to know if the same is the case with Sony’s console as well.

If you have a headset that connects to the console's USB port, then that will work with the PS5 as well. So will the headsets that connect to the 3.5mm port on the controller. However, it remains to be seen how these devices will work with Sony’s upcoming 3D audio technology.

On the Xbox front, know that Microsoft has said that its Xbox One controllers will work with the series X. The new Series X controller features a slight redesign of the grip to suit smaller hands as well as large hands. It also comes with a new “share” button that’s missing from the Xbox One controller. Microsoft says that they have implemented something called Dynamic Latency Input (DLI) which helps reduce the latency between an action performed on the controller and its resulting action on the screen. This feature will make its way to Xbox One controllers as well via an update. You can read more about it here.

Both Sony and Microsoft may have homogenous hardware under the hood with some key differences, however, the approach to the next-gen philosophy is different for both the console makers. Where Sony clearly believes in a generation shift from the get-go, Microsoft is ensuring that Xbox Series X games are available for the Xbox One for a year or 2 to ease the shift in generation. How this affects the next-gen console wars is something only time will tell.