Is Garena Free Fire a viable alternative to PUBG Mobile?

Before I start with this piece, I would ask anyone wielding pitchforks in anger to put them down. This piece is not about Garena Free Fire being better than PUBG Mobile or vice versa. In this piece, we will be seeing if Garena Free Fire can be a viable alternative to PUBG Mobile players, now that the latter has announced its departure from Indian shores (at least for now).

For this, we will be looking at a few things that PUBG Mobile players might be looking for in a new game and see if Free Fire will be able to provide that to them.

Gameplay is what keeps players hooked to a game. PUBG Mobile for instance, offered a sort of ‘easy to understand, hard to master’ gameplay for players. Add to this multiplayer capabilities and it was little surprising that the game was that popular. Garena Free Fire also offers pretty much the same battle royale formula as PUBG Mobile, albeit with a few changes.

First off, the game is limited to a maximum of 50 players. This combined with the smaller map leads to shorter matches. But that’s not all, Free Fire also features a large collection of characters and pets that offer special abilities, which isn’t exactly present in PUBG Mobile. These unique characters can appeal to certain play styles and can impact strategies. However, the most immediate gameplay difference players will notice is the apparent lack of recoil in weapons. When players fire weapons in Free Fire, the targeting reticle does not move about. Instead, you get bullet spread. This might take PUBG Mobile players a while to get used to.

PUBG Mobile went beyond classic battle royale to offer players a bunch of different game modes. Free Fire also offers the same, but may not offer the same variety. While it does offer its own take on team deathmatch (called Clash Squad), it does not yet offer an alternative to modes like PUBG Mobile’s Payload. However, Free Fire does offer unique modes like Cold Steel Mode that are open for a limited time.

This is where PUBG Mobile takes a clear lead on Free Fire. PUBG Mobile’s environments tend to offer more detail, especially in terms of foliage like grass and bushes. So don’t expect to go prone everywhere in Free Fire. However, this does come with a plus side though. The lower detail means that the game will run well on practically any smartphone and takes up less space as well. However, that being said, Free Fire is definitely more colourful, especially in terms of characters and their outfits. 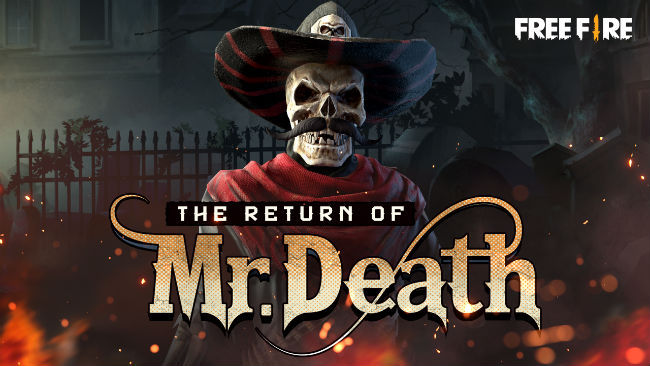 Like PUBG Mobile, Free Fire is also well supported by its developer, Garena. As such, players can expect a range of updates to keep things fresh and exciting. This could include limited time events, outfits, in-game missions and more. It also has its own version of Royale Pass called Elite pass that offers pretty much the same range of benefits. As such, players should not feel bored after switching to Garena Free Fire.

Without any competition, it’s only a matter of time before a game starts to feel stale. Thankfully, like PUBG Mobile, Garena Free Fire offers ranked matches to ensure a fair level of competition among players. Not only that, but Garena is also pretty active in the eSports tournament scene and regularly hosts tournaments in India with hefty prize money to boot. Not only that, but Garena also has its own game streaming platform called BOOYAH! Where players can watch matches and interact with streamers and other players.

All that being said, Garena Free Fire is a pretty decent option for PUBG Mobile players who have no idea where to turn following the ban on the game. However, their lack of different multiplayer modes as well as a graphical downgrade is something they will have to contend with. But, the addition of character and pet abilities, as well as shorter matches should keep things interesting for PUBG Mobile veterans.

14-inch vs 15-inch laptops: Who should buy what Previous Post
Proof that Apple’s Marketing Team is still the Best Next Post