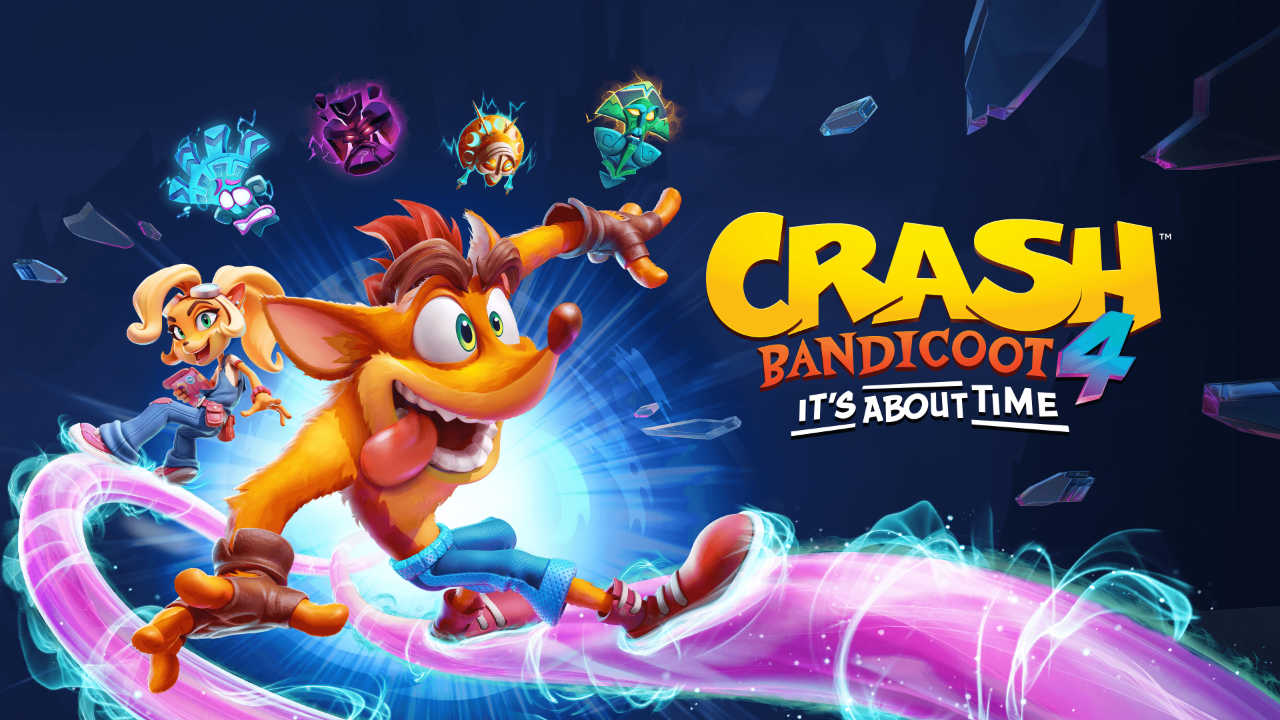 Crash Bandicoot 4: It’s About Time is a game all about nostalgia in 2020. From the opening level where you need to reach N. Sanity Peak to the way the map is laid out, it's a homage to the original trilogy, one I have fond memories of growing up. I also forgot how difficult the original games were or maybe I’m just getting old. If you aren't aware, Crash Bandicoot 4: It’s About Time is a pure platforming game that will test your reflexes and patience. Without wasting any more time, let’s find out if Crash Bandicoot 4 is as good as it's ancestor.

Crash Bandicoot 4 It’s About Time kicks off after the events of Crash bandicoot 3 and even if you are new to the franchise, worry not. It’s not like you’ve missed out on three games with stories as deep as The Last of Us. It’s mostly your light-hearted cartoon story where Wile E Coyote or in this case the evil Doctor Neo Cortex wants to thwart the Road Runner or in this case our hero, Crash Bandicoot. The story is simple, light-hearted and has a surprising amount of emotion from the supporting cast. Unlike the games released in the ’90s, this time around you can play as multiple characters (more about them in the gameplay section) and each of them has his/her own side story. You have Dingodile who has his own diner, Twana who has entered Crash’s dimension from another dimension, so on and so forth. 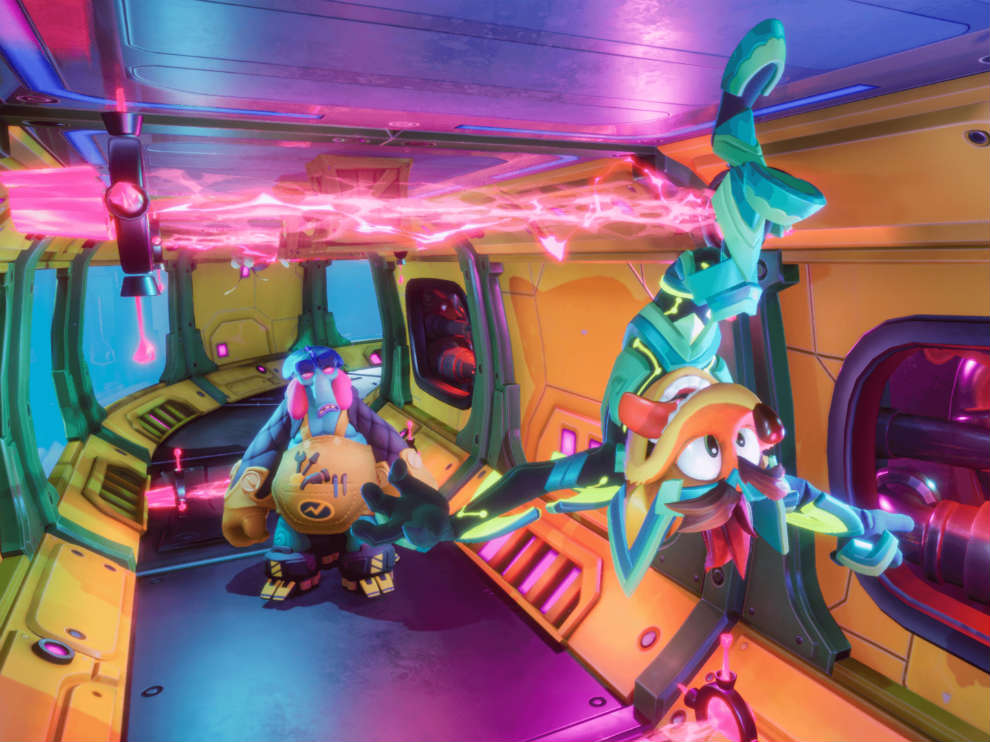 Ok, so let's back up for a second. Doctor Neo Cortex and N. Tropy have created a tear in the space-time continuum when they escape, causing chaos that usually happens when you mess with space and time and it’s up to Crash and his sister Coco along with Aku Aku to save the day. Throughout your journey, you will encounter new masks, in addition to Aku Aku, who will give you special abilities that add to the gameplay. Without spoiling anything about the story, I will tell you this - the plot does throw some interesting twists which I didn’t see coming and is quite interesting, especially if you treat it like a Saturday morning cartoon. I enjoyed the story and I can see a lot of kids getting a good chuckle out of some of the humour.

While the story may be simple, the gameplay is not. It is a challenging game and you will die a lot. At the beginning of the game, you will be presented with an option to play in either the classic mode (where you have limited lives) or the modern mode where you have infinite lives, but a death counter keeping track of your failed attempts. I’d say go with the latter because even though the game looks simple, it is very challenging. 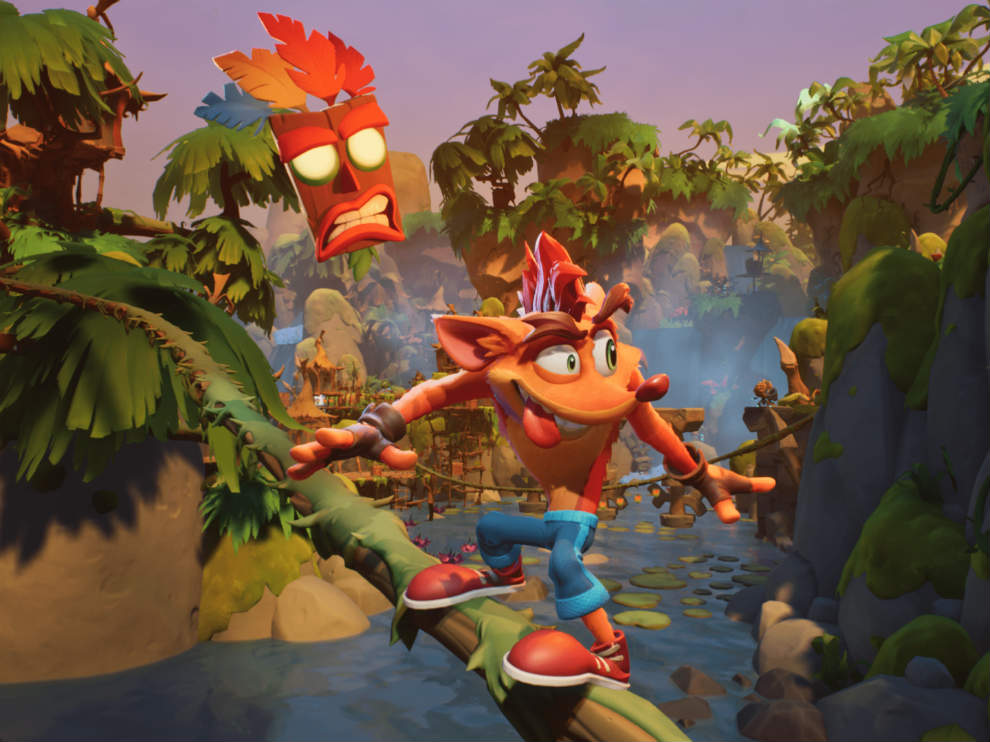 The gameplay structure is the same as the original trilogy with you navigating 3D worlds to get from point “A” to point “B”. There are interesting new elements thrown into the mix. For starters, you can rail grind in some levels and jump over obstacles, much like we’ve seen in Ratchet and Clank.  You have the standard running away from the camera, running towards the camera and side-scrolling platforming spread across what I can say are some of the most beautiful vibrant colourful levels. From prehistoric jungles to theme park inspired cities and even some futuristic cities with flying cars, the diversity in levels is amazing. The wide colour pallet used is beautiful and I’m a little sad the game isn’t in HDR.

The 4 quantum masks you find in the game add a level of diversity to the gameplay. One of the masks lets you phase objects in and out of existence, adding a level of challenge to the platforming. Another one lets you shift gravity and one lets you slow down time and finally, you have one that lets you spin uncontrollably like a small helicopter and yes while spinning, you can jump higher and further. Each of these elements brings something new to each level, adding a new set of challenges and keeping the gameplay fresh across various levels. You also have the ability to wall run like the Prince of Persia but Crash does this with a hint of clumsiness, which I adore. 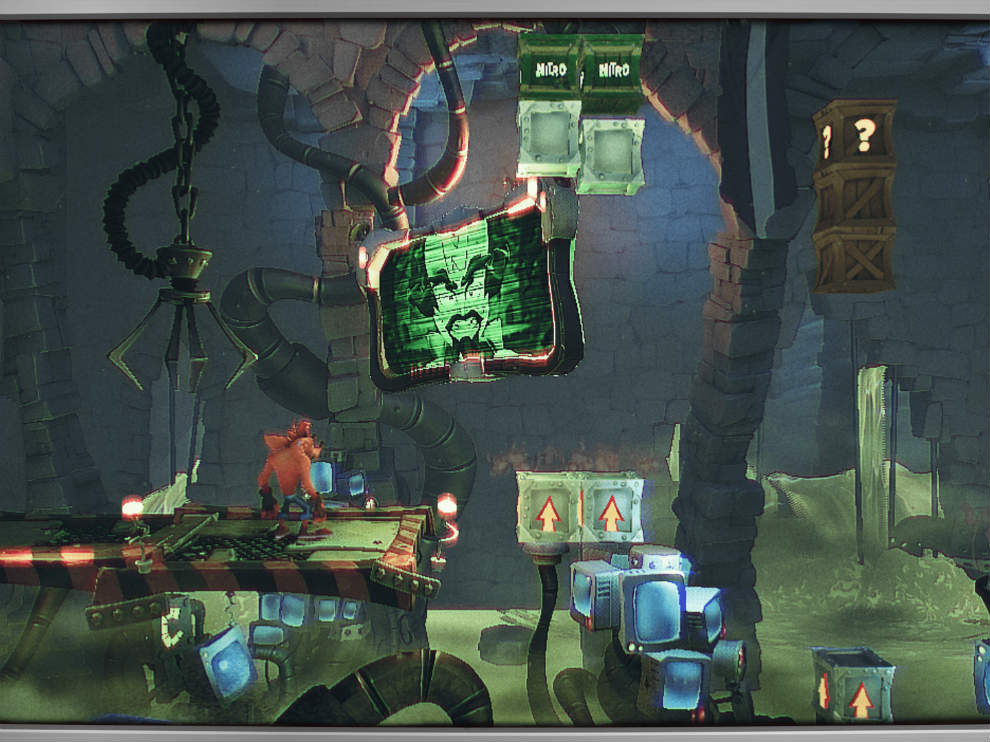 You can switch between Crash and Coco at any time in the game as they possess the same abilities. Like I said above, while Crash performs his moves with some comical clumsiness, Coco brings more elegance to her traversal.

In addition to Crash and Coco, there are levels where one can play as Tawna, Neo Cortex and Dingodile. Each of these characters mixes up the gameplay with new elements. Tawna has a grappling hook and can jump from wall to wall, Dingodile has a vacuum cleaner like contraption to help him suck boxes in and helps him hover over gaps too. Neo Cortex has his sci-fi ray gun that turns enemies into platforms and a second shot makes them jumping platforms to reach higher heights. The only thing I recommend is playing all the levels of a particular character together as navigating some levels requires a certain degree of muscle memory which can get interrupted if you switch from Crash to Dingo to Tawna and back. Another thing is that once these supporting characters reach a certain point in the level, the perspective changes back to Crash and you continue a level you’ve already played with some replaced challenges. 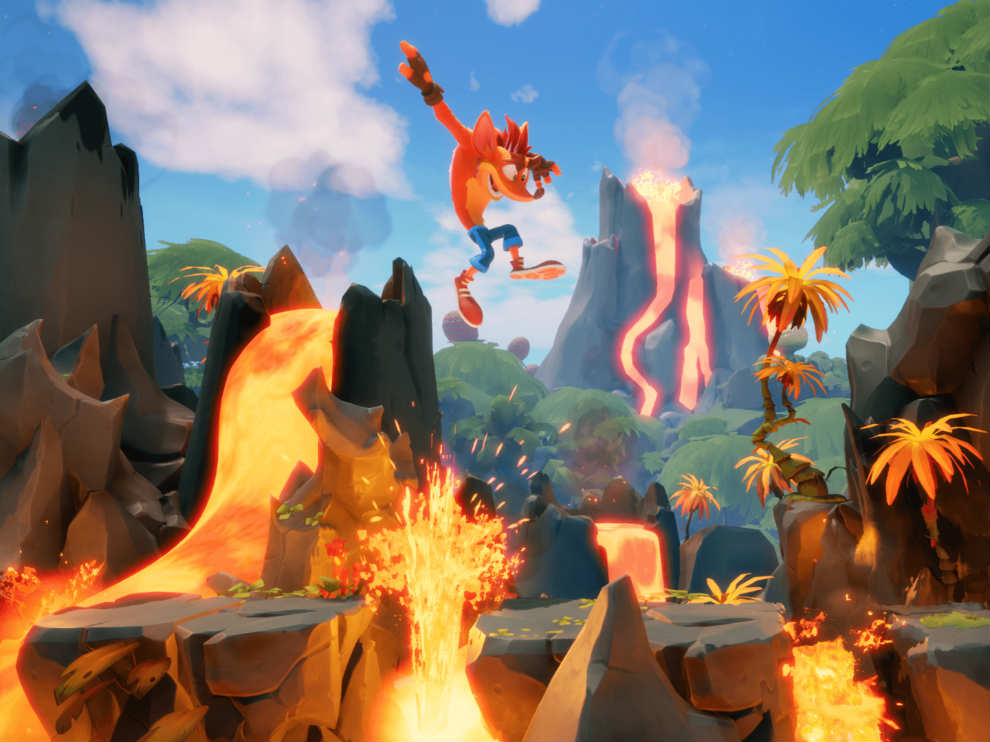 There is also an inverted mode that changes the colour scheme, collectables and more and also a mode where you add colour to the level. There are also tapes to be found throughout the game and these tapes are a retelling of the time when Crash was a lab rat for Neo Cortex. These flashback tapes are some of the hardest levels I have played in a platforming game, and I am still struggling with them.

If you find the game too challenging, you can simply stick to the main path and try to reach the end of the level and in some cases that may work just fine. But to truly beat the game and live up to the challenge, you must try and break all the crates and play the time trials. The difficulty of the game means you could spend hundreds of hours mastering each level. On the flip side, if you just want to sightsee and run through each level as carefully as possible you can do so. In fact, by doing so you can beat the game in one weekend. 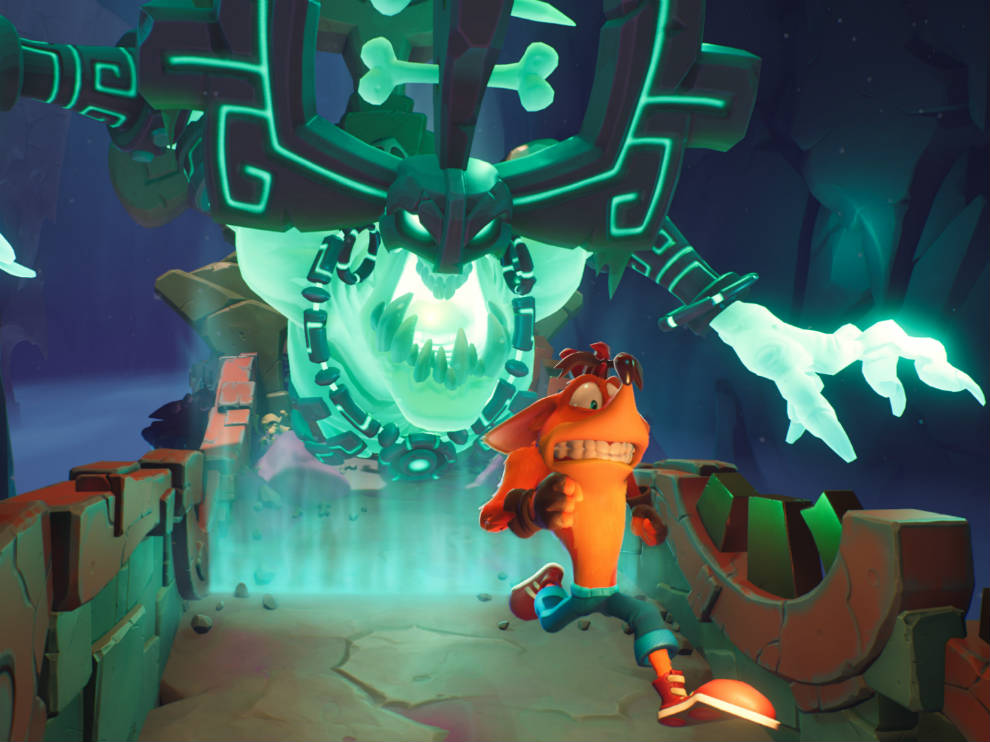 The gameplay in Crash Bandicoot 4: It’s About Time is true to the original trilogy with just the right amount of changes and improvements for the modern age gamer. The difficulty of the game may put off some people and I can imagine a few controls breaking in frustration. However, if it is a challenge of reflexes you are looking for then this is one you will enjoy.

Crash Bandicoot 4: It's About Time Graphics

Like we’ve said above the diversity in the themes of the levels from a futuristic city, to a prehistoric jungle and everything in between, the game has a rich vibrant colour pallet. It also has very cartoony graphics, something I love. Crash has some impressive animations and conveys his intent without words. From the opening sequence where he is lazily sleeping to the first time, he lays his eye on Tawna; his expressions are adorable. Even the quantum masks have a unique design and personality of their own. 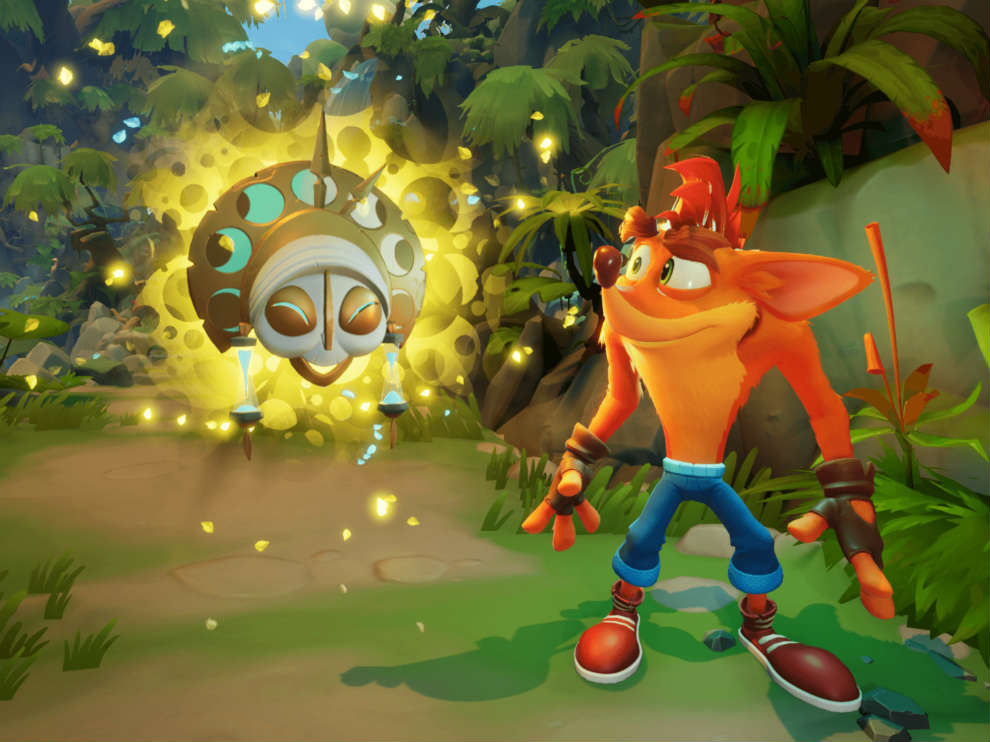 The game looks lush and as with every Crash Bandicoot game, expect a number of death animations. From the standard Crash blowing up if he touches a nitro box to him transforming into an angel upon death, getting burnt to a pile of ash, eaten by a dinosaur, the death animations are a mix of old and new.

Graphically the game is quite stunning. I did encounter some frame hiccups here and there but nothing that hampered my experience.

Crash Bandicoot 4: It's About Time Sound

The sound design in Crash Bandicoot 4 stays true to the original in many ways. From the opening level in the game which has a soundtrack which sounds almost exactly like the one in the first level of the first Crash Bandicoot game to the standard “wow” when you die and even the sound when you break open a box, it's pure nostalgia. Not to say the sound hasn’t evolved. You have a host of new background scores for the diverse new levels and each new quantum mask has a signature sound when you pick it up. 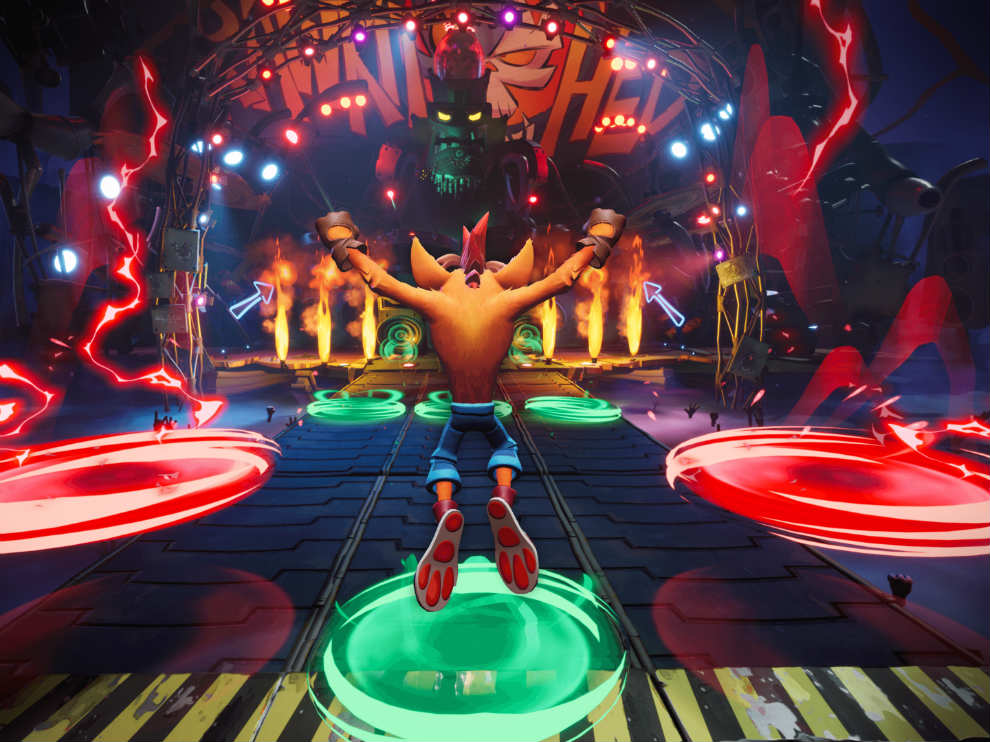 Overall the sound design in Crash Bandicoot is fun, enjoyable and full of nostalgia.

In addition to the single-player game, there is also couch multiplayer. The multiplayer in Crash 4 is simple and a lot of fun if you have a few friends over. It is 2 to 4 player multiplayer, played by passing the controller. There are 2 modes in multiplayer - Checkpoint Race and Crate Combo.

As the name suggests, in Checkpoint Race you race through a level as fast as you can till you hit a checkpoint and then pass the controller to your friend who tries to beat your time. In Crate Combo you have to destroy as many crates as you can and the one with the highest score wins. 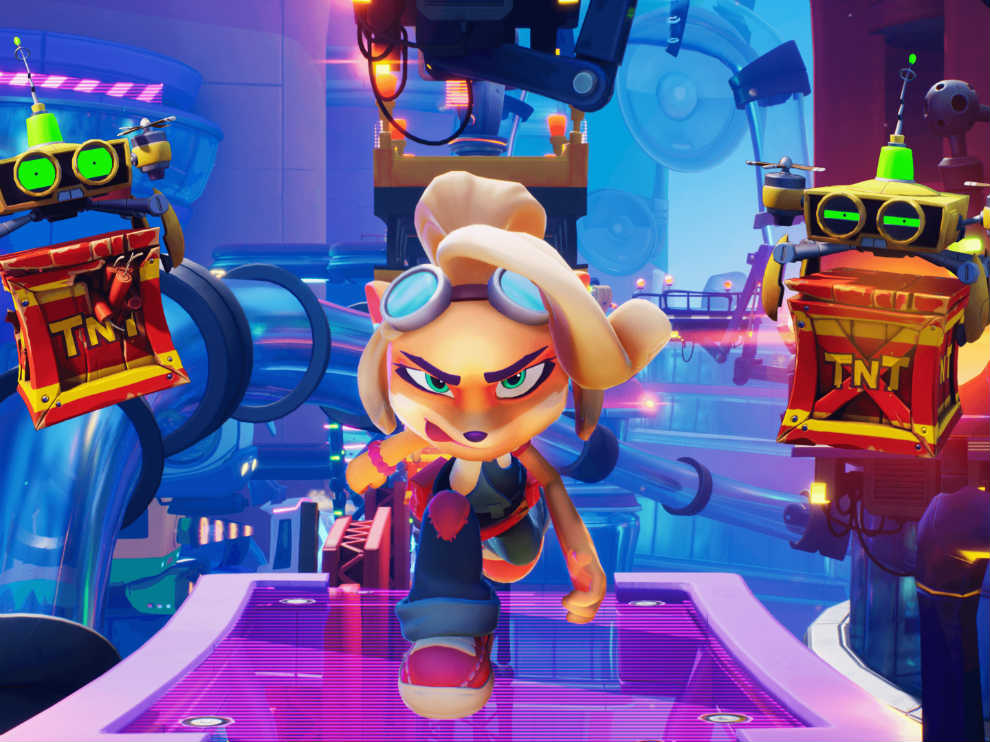 I can see this becoming an interesting party game even for novice players as the first couple of levels in the game aren't super hard. It is an interesting take on multiplayer in an otherwise dedicated single-player game.

It would be easy for you to mistake Crash Bandicoot 4: It's About Time as a game for kids. Sure, they will enjoy it but it will test their reflexes too. The game is challenging, there is no question about that. But those that want to run through it for nostalgia’s sake will be able to do so as well. As an ageing gamer, I found the game to be challenging but it is no Sekiro by any means. Completionists will enjoy this game for a really long time in an attempt to 100% it while casual gamers may be done with it over a weekend. The couch co-op makes this game fun for parties and if you played Crash as a kid and now have a child of your own you’d like to introduce to gaming, Crash Bandicoot 4 is a good place to start.

We played a review copy of Crash Bandicoot 4: It’s About Time.