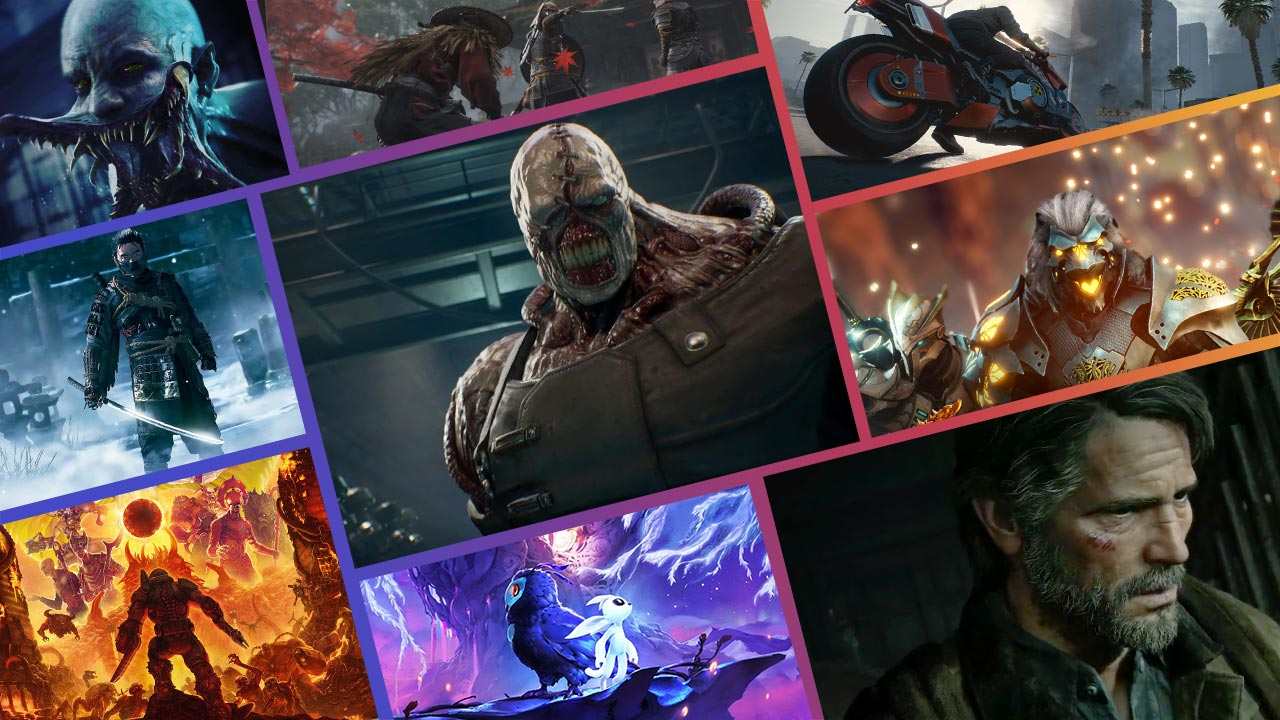 2019 was a great year for gaming. We got some incredible experiences whereas others left us wanting more. Now that 2019 is behind us, it's time to look forward to 2020. Both Sony and Microsoft have confirmed that their next generation consoles will launch in 2020. You can read everything we know about the PS5 here and the Xbox Series X here. Even though the PS4 and Xbox One are at the end of their life cycle, there are still some great games to look forward to on the platforms. The beautiful thing about the end of a console generation is that the developers have spent enough time to squeeze out every ounce of power from the console giving us some visually stunning games. Here we will look at some of the most anticipated games of 2020. This list is in no particular order.

Last of Us Part II

Naughty Dog redefined storytelling in games with the release of the Last of Us back in 2013 and since then the studio has been releasing one Uncharted game after another. After much hype, anticipation and a preview that left journalista wanting more, the hype for the Last of Us Part II is higher than ever. The developers of the game have said that they’d only make a sequel to the Last of Us if they thought it would make for a compelling story. The fact that a sequel is just around the corner is proof that we may get a breathtaking story once again in this post apocalyptic world filled with zombies.

Developer CD Projekt Red is one of the worlds best developers with the action RPG franchise, The Witcher under its belt. One look at the gameplay revealed of Cyberpunk 2077 and you know this is an FPS RPG game you will loose months in. The game is said to have an organic mission structure, choices that have deep consequences and an origin story for your character that will open up different paths based on the origin you choose.

Final Fantasy VIII remake has been teasing us for a really long time and the wait for the game is nearly over. In 2020, we will be able to play a PS1 classic on the PS4 remade to take advantage of the current console generation.

2016’s Doom was a fantastic game taking players back to the roots that defined the first person shooter genre. In 2020, we will be able to play the sequel titled Doom Eternal. The game brings with it new gameplay mechanics like a retractable blade, shoulder mounted flamethrower and more. The game will also bring with it large environments to traverse and kill demons.

Halo Infinite will be an Xbox Series X launch title and will showcase all the power the Xbox Series X touts. The game is being developed using the Slipspace Engine. Little is known about the game and we look forward to seeing it in action at E3 2020.

We’ve been waiting for a new Half Life game for a long time now and even though it isn't Half Life 3, it is still a Half-Life game. Half Life Alyx is a VR game and the developers have said that the game will be a full length game almost as long as Half Life 2. One trailer of the game has been revealed and it has us excited. Half Life redefined storytelling in a first person shooting game and Half Life 2 redefined interactive FPS gameplay. We can't wait to see the mark Half Life Alyx leaves on VR gaming.

We finally have a release window for Ghost of Tsushima - Summer 2020. The game looks like it will squeeze every last ounce of power from the PS4 and brings with it a vast open world, slick gameplay and a story that looks to have a pretty dark tone.

Nioh was a fast paced action game for those that wanted the difficulty of a Dark Souls game but the speed of a Ninja Gaiden game. Nioh delivered on that promise and then some. With Nioh 2, we have a new story, new weapons and hopefully more fighting mechanics to keep the hard core ninja fans happy.

Even though the initial impressions for the upcoming Avengers game left us wanting more, we think the developers have saved the best for players to experience. In the past few months, more has been revealed about the game including its single and multiplayer elements and the more we know about the game, the more excited we get. From the playable characters to the unique story the game will bring, we hope this one can live up to the legacy of superhero games set by the Arkham franchise.

Ori and the Blind Forest wowed us with it breath taking visuals, fast paced platformer and combat and an emotional soundtrack. It is one of the best Metroidvania games out there. The sequel has been in development for some time now and we can't wait to get our hands on it.

Developer, Ninja Theory is now a part of the Microsoft first party studios family and the first game they will publish for Microsoft's console is a multiplayer game. If this fact disappoints you, then know that a sequel to Hellblade is in the works. Ninja Theory has a reputation of making some fantastic games and based on that reputation alone, we are excited to see Bleeding Edge in action!

An open world filled with zombies and humans where every decision you make has an impact on those surviving. The game also has Mirror's Edge like parkour for traversal in an open world environment and you have one game we are truly excited to experience.

If you ever wondered what a tactical turn based Gears of War game would look like, you don't need to think any longer. We have the first trailer for Gears Tactics. It is a prequel to the main franchise that launched on the Xbox 360. The game will be released on April 28 for the PC and Xbox One. It will be interesting to see a turn based strategy game based in the Gears universe.

The first PS5 game to be officially announced is Godfall. The game is a third-person fantasy looter-slasher with a focus on melee combat. The game will launch of the PS5 and PC as well and is slated to launch in 2020.

Resident Evil 2 was a grand success in 2019 and with the launch of Resident Evil 3 around the corner, we are excited to see how the developer has reimagined a classic game for the current generation. The RE engine used in Resident Evil 2 has shown us the capabilities of impressive lighting, detailed character models and impressive environments. With the trailer of RE3 looking impressive, we can't wait to get our hands on it.