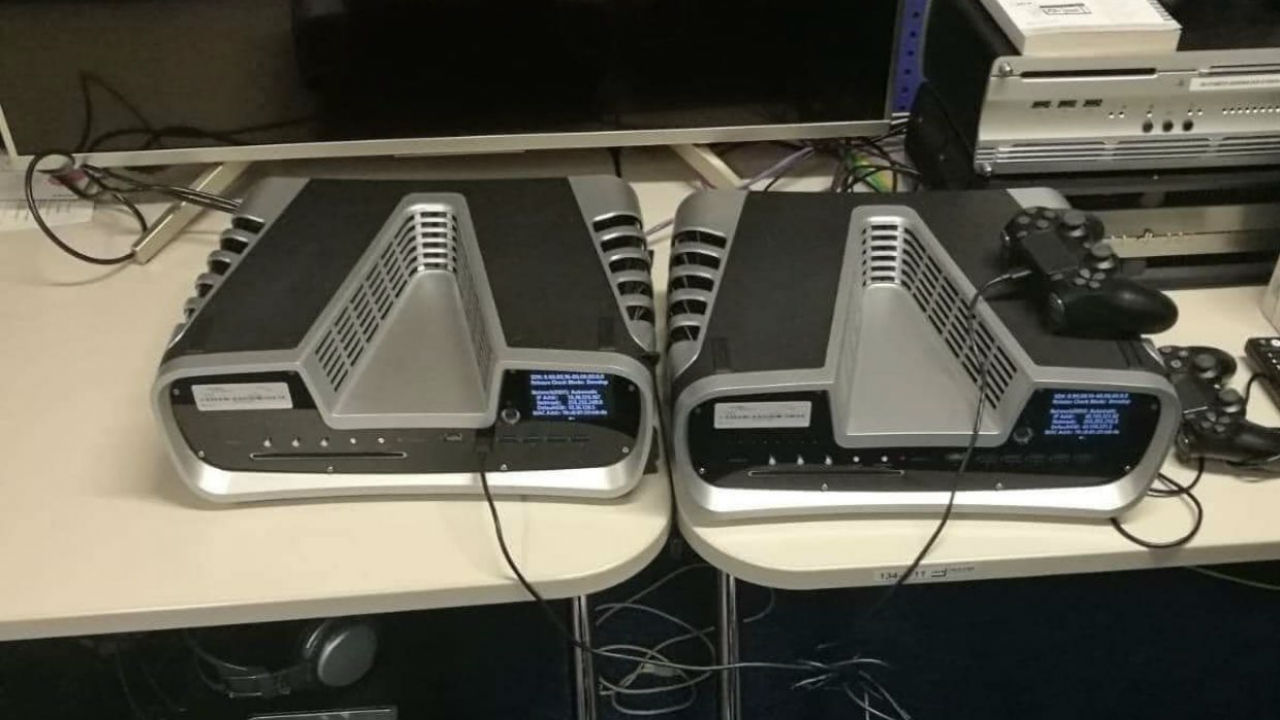 Image of two PS5 devkits makes an appearance on Twitter

The PS5 launch is one year away and we have more information about the devkit of the upcoming console. Twitter user The Drunk Cat (@Alcoholikaust) has tweeted an image of two PS5 devkits placed side by side. One of the dev kits has a controller connected via a cable. It isn't confirmed whether this is the new controller, but there is no glowing light bar in the front which leads us to believe that it probably is the new PS5 controller. A recent patent revealed a PlayStation controller with a DualShock 4 like design but without the lightbar. The patent also showcased slightly chunkier grips and USB-C charging. You can read more about the controller here.

Coming to the images revealed on Twitter, it looks a lot like a patent that was filed by Sony. The devkit looks chunky, big and has a big V-shaped gap in the middle. Before you freak out and think that this is the final version of the console, we’d say hold your horses. Sony’s PlayStation devkit has always been different from the final unit released to the consumer. Besides, with how 'hush hush' Sony is being, releasing only tidbits via Exclusive Wired interviews, we think Sony has something grand planned for its next console.

Tom Warren, Senior Editor at the Verge took to Twitter and said, “Yes, this is the PlayStation 5 devkit. The reason it's large and v-shaped is to make them more easily stackable for devs who are running multiple stress tests. The cooling is optimized to push air out of the sides and center.” All of a sudden, the design makes sense, doesn't it? With vents that blow air and enough space for the air to circulate, developers can conveniently stack the devkit one on top of the other without worrying about overheating. How this practically works is something we will only know when more information about it is officially released.

While images of the PS5 devkit are making its way around the internet, there is little information on what the devkit for the Xbox Scarlett looks like. Some specs of both the consoles have been confirmed and you can check them out here. Both the PS5 and Xbox Scarlett are targeting a Holiday 2020 release date.