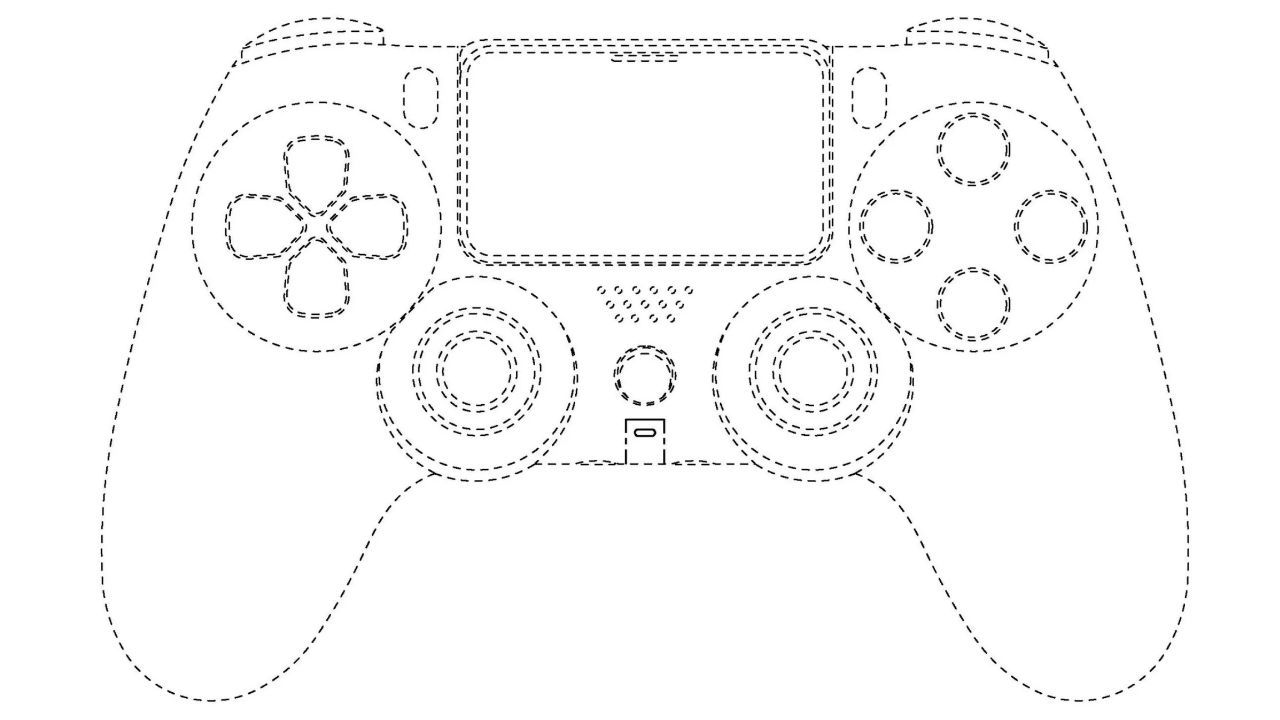 A new patent has revealed what could be the latest design of the PS5 controller. One look at the patent and you will have a familiar feeling yet know that some things have changed. One of the most important changes is that the microUSB port has now been replaced with a USB-C port. The light bar, which was at the front of the DualShock 4 controller is now absent from the PS5 controller. The purpose of the lightbar was for PSVR compatibility. The absence of the bar means that the next-gen PSVR will not use the lightbar to track the controller. Could we see some form of inside-out tracking found on the new HTC Cosmos or the Mixed Reality headsets?

Another change is that the grips of the controller seem to be a bit thicker and more rounded than the DualShock 4. It looks a lot like the Xbox One controller grip and that may be a good change as the Xbox One controller grip is quite ergonomic. As revealed earlier this year, the PS5 controller will come with haptic feedback instead of traditional vibration motors giving players a more immersive experience. A version of haptic feedback is found in the Nintendo Switch Joycons where the feature is called HD rumble. The triggers in the controller also appear to be slightly different in shape. As reported earlier this year, the triggers in the PS5 will be able to simulate different pressure points when gaming. The pull of the trigger will be different when firing an arrow vs firing a shotgun in-game.

Lastly, the analogue sticks appear to be shorter than the DualShock 4 controller. This theoretically could help with better precision but that is something we will know when we get our hands on it. The controller still retains the touch bar.

The DualShock 1 which launched after the launch of the PS1 and the DualShock 2 which launched with the PS2 were nearly identical. With the PS3, Sony launched the first wireless Bluetooth controller that boasted of six-axis motion controls. The controller lacked rumble functionality, and the triggers were redesigned when compared to the DualShock 2. However, Sony soon launched the DualShock 3 which brought back the rumble feature. With the PS4, Sony brought the first true redesign to the PlayStation controller. The grips were slightly longer, analogue sticks redesigned, the light bar and touch bar made their debut and the controller looked cool. Throughout the PlayStation console version, Sony has maintained the symmetric design for the analogue sticks (which I personally prefer) and it is nice to see that hasn't changed. One improvement I really look forward to is improving the battery life of the controller as the DualShock 4 doesn't have the best battery life.