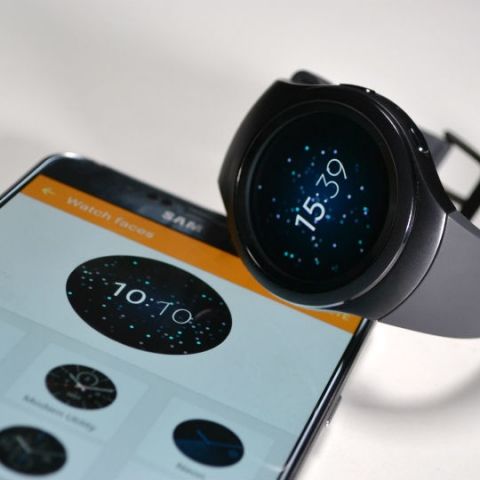 While having the best smartwatch in the market right now may not mean much, Samsung’s Gear S2 is definitely it. The fact that it’s cheaper than an Apple Watch or LG Watch Urbane just adds points in its favour. The Moto 360 (2nd Gen) does come at a lower price, but can’t match the ease of use and performance of the Gear S2. If you’re in the market for a smartwatch, the Samsung Gear S2 is definitely worth considering.

If you’ve opened this page, you’re probably like me, hoping smartwatches will one day be useful enough to justify buying them. Well, the Samsung Gear S2 isn’t the one to do that, but it takes a giant leap towards it. There’s a long way to go for Samsung, in terms of apps for the Gear S2, but as far as navigating around a smartwatch goes, the rotating bezel trumps the 'crown', or pure touch-based systems.

Build and Design
It’s made of metal and has a leather strap, which makes the Samsung Gear S2 feel more premium than the LG Watch Urbane, but it still lacks the really premium look when compared to an Apple Watch, or those by Huawei and Motorola. Of course, looks are subjective and you may like it still, but to me, the Gear S2 looks better in pictures than in person. It’s got a toy-ish feel about it, which gets in the way of the premiumness, even though it is made of metal and has a seamless design. Perhaps, other colours will make it look better, but as far as my black variant goes, there’s still some work to be done. 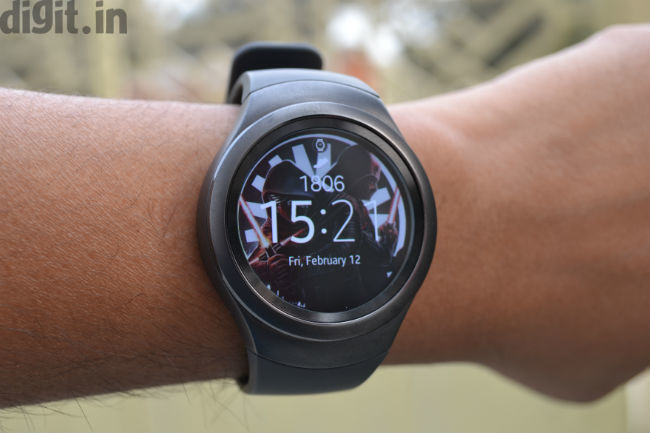 The rotating bezel
This is where the Samsung Gear S2 surpasses all others in the market right now. The rotating bezel on the watch is really the most intuitive way to operate a smartwatch. When you place your index finger on the display, your thumb and middle finger almost always rest on the bezel, making it really simple to navigate around the watch. Perhaps a good way to make it even more intuitive would be to allow the user to press down on the bezel to select a particular app or perform other actions. 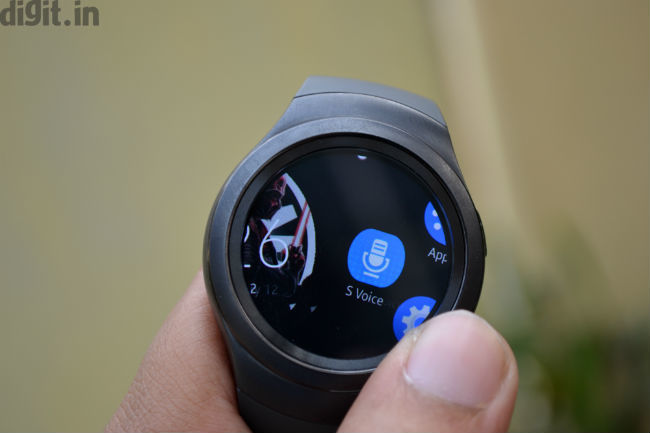 Why is it better than Apple’s Crown? Because watch crowns were never really intuitive any way. While the Crown on the Apple Watch was a step up from the touch-screen operation on watches like the Moto 360 and others, the bezel is perhaps the next step. The Crown on the Apple Watch offered a way to operate a watch that we’re already familiar with, and while the Gear S2 may bring something new, it’s better, simply because it’s more intuitive. When you’re wearing the watch, rotating a bezel is simpler than rotating a crown. You can go the entire 360 degrees with the bezel, which you can’t do very easily when you’re wearing the Apple Watch.

Tizen runs the show
Samsung has made a conscious choice to run the Gear S2 on its in-house Tizen operating system. While the OS leaves little room for questioning in terms of UI and fluidity of operation, it leaves a big gap when it comes to app support. Considering the fact that neither Apple’s Watch OS, nor Google’s Android Wear, really have a lot of truly useful apps for smartwatches, it’s a big issue that Samsung will need to overcome as soon as possible.

Apart from the app support, though, Tizen is quite fluid on the Gear S2, and over the two weeks that I’ve been using the watch, it has been a treat to use. In fact, while I never really felt the need to use a smartwatch, the Gear S2 made me want to look at emails on the watch and reply to messages quickly from it. The alphanumeric touch keypad on the Gear S2 takes little time to get used to, and for short messages, it was quite functional. The voice-operated responses though weren’t as intuitive as everything else, just like they aren’t on Android Wear or Apple Watch. There’s also a small hiccup in answering emails — whenever I reply to one, whether through voice or the keypad, the reply is sent, but the watch buzzes again to show me the same email. 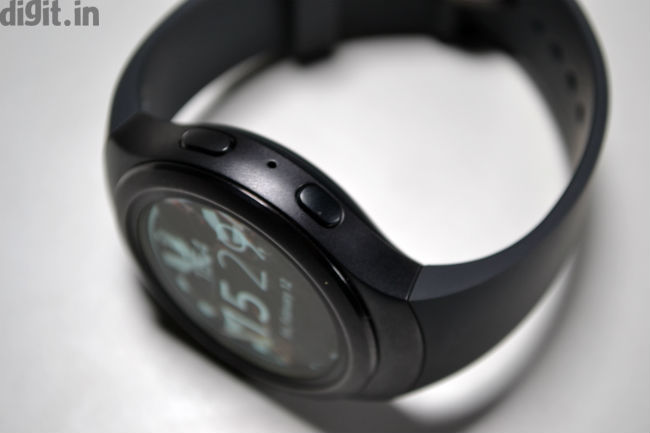 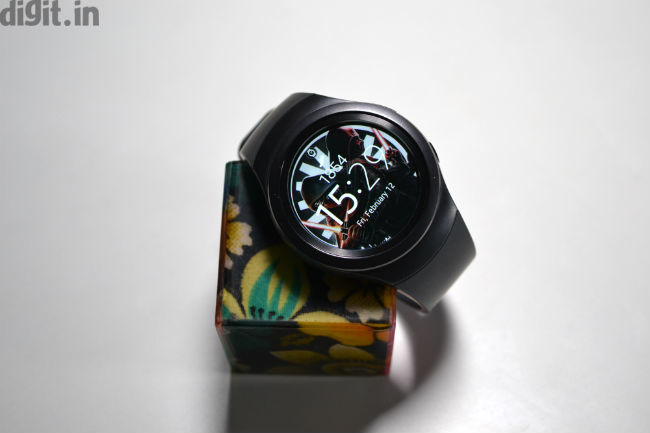 Display
The rotating bezel on the Gear S2 is accompanied by what is the best display on a smartwatch today. The 1.2 inch 360x360p Super AMOLED display is warm and incredibly sharp. It’s so bright that I kept the watch on less than 5 on the brightness meter at most times. For someone like me, who keeps all his phones on full brightness, it’s saying something. 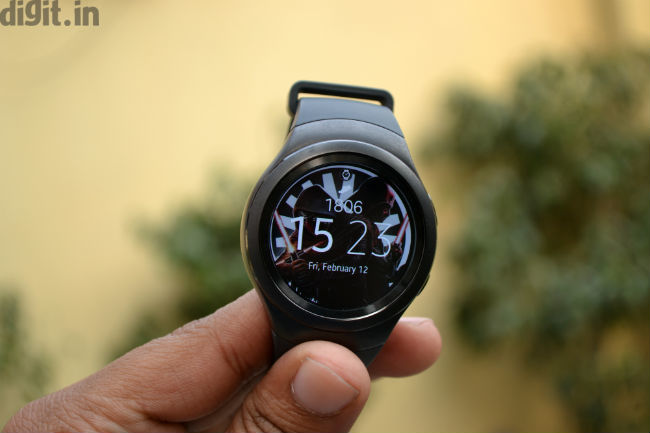 Battery Life
Like most smartwatches today, the Gear S2 also lasts for just about a full day. I was able to pull through to a day and a half on occasion, but never more. In fact, when I forgot to take the charger back home over the weekend, the watch spent one full day out of battery. No matter how hard you try, that’s as much as the 250mAh battery can run.

Bottomline
While having the best smartwatch in the market right now may not mean much, Samsung’s Gear S2 is definitely it. The fact that it’s cheaper than an Apple Watch or LG Watch Urbane just adds points in its favour. The Moto 360 (2nd Gen) does come at a lower price, but can’t match the ease of use and performance of the Gear S2. If you’re in the market for a smartwatch, the Samsung Gear S2 is definitely worth considering.