The only reason to buy the GOQii Band is because you get a human coach to help you with your fitness activities. This makes it a really good option for someone starting off on a fitness regime. The company needs to work on elements like waterproofing and adding more sensors though, to make this into a real fitness feak's wearable.

Health is the new black for the tech world right now. After all, Apple is into it, so it must have massive potential right? Well that’s a debate for another day because right now we have the GOQii Smartband, an activity tracker by the California-based fitness technology firm by the same name. Unlike other fitness bands though, GOQii’s model is different and its trackers are meant for the really serious fitness enthusiasts. Needless to say, if you’re looking to actually use a fitness tracker, this band makes much more sense than a Xiaomi Mi Band, despite the difference in pricing.

With the GOQii smartband, you can’t simply buy the activity tracker. Instead, you pay Rs. 3,999, Rs. 6,999 or Rs. 11,999 respectively, for 3, 6 or 12 month subscriptions. You then enter the GOQii ecosystem, which includes the activity tracker itself and a coach who will help you with your fitness regime. You won’t actually meet this coach, rather you will chat with them over the GOQii app and via phone calls.

Essentially, you’re paying for both the band and the coach. The coach will give you diet patterns based on your daily routine, and will help you set goals based on what you want to achieve through this band. 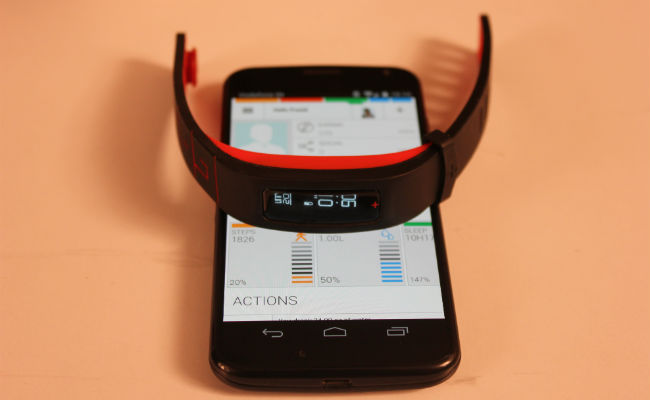 Like other fitness trackers, the GOQii band is complemented by an app, which is where you will log all your data. The app has provisions for you to log your food and water intake, sleep, weight and other activities like cycling, sports, weights, stairs etc. The app shows you the calorie intake based on what you log and calories burnt, based on your other activities. The sleep quality is also shown in the app. 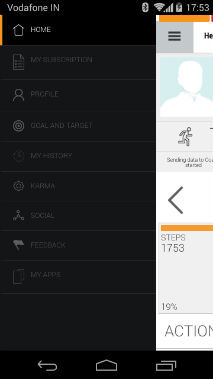 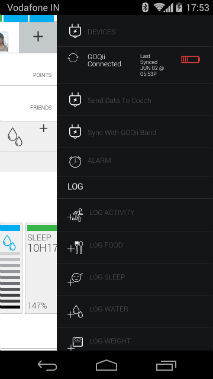 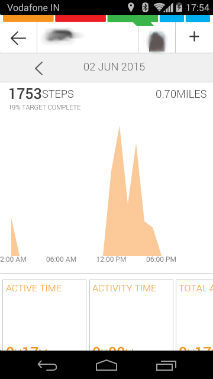 The GOQii app is pretty well designed, with taskbars available on each side of the screen, accessible with the buttons at the top. A swipe motion for these would have been better, but it’s really not a concern. The app is light enough for most phones to handle easily and doesn’t need to run in the background all the time.

Your coach will be available through the app, with a messaging interface to chat with them and gain their perspective or advice. The app supports Windows, Android and iOS.

On to the band then; the GOQii Smartband is a completely fitness oriented device, which means you will not be using it for notifications, messages or calls. The band has no functionality for that. It pairs with your phone using Bluetooth and has internal memory of its own to store data, so that you can go out for a run without taking your phone along. The data is dumped onto the phone every time you open the app and is also sent to the coach. 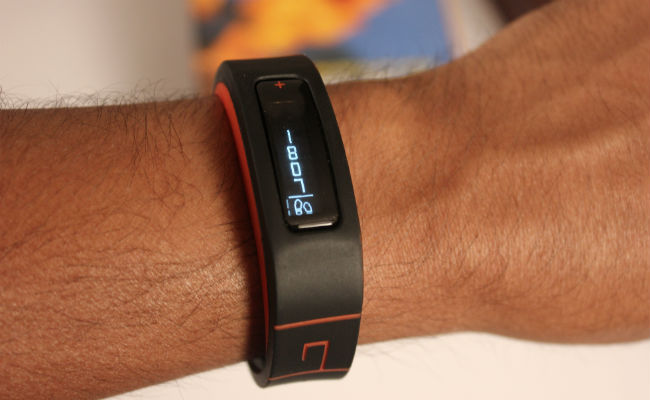 Like the Xiaomi Mi Band, this one also comprises of the core module and the band, which is made out of rubber. The band on this device though is thicker and uses softer rubber. The first real negative for the GOQii Band was in the fact that after a mere two weeks of usage, the band started to lose its colour, revealing a red tinge beneath it. This isn’t good, especially for something that is meant to deal with a lot of exercise and hence, sweat.

The core module on the other hand is pretty solid, and houses an OLED display. It’s easy to drop when you’re taking it out to charge, but the core can take a few drops easily. The OLED display is accompanied by the battery and 360 degree motion sensor, which are fitted inside the module. This sensor measures the number of steps you’re taking throughout the day. 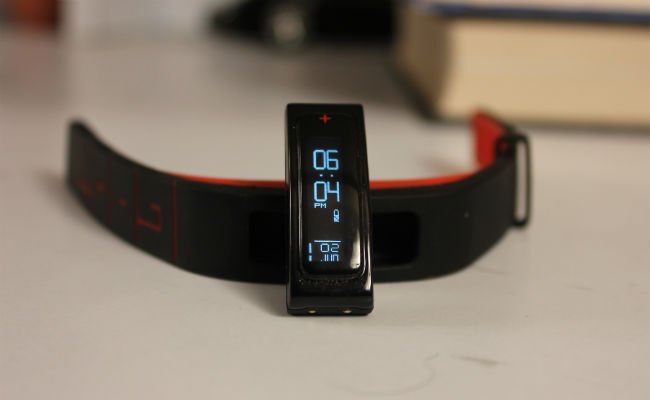 That said, the lack of specialised sensors for other activities is somewhat of a downer. Even though the GOQii Band is largely accurate, and the 500-600 steps that it may be off by is negated by the human presence that is your coach, it’s functionality is limited by the lack of sensors. Even though it is a more advanced fitness band than the Mi Band, it pales in comparison to the likes of the Fitbit Surge.

Of course, we can’t really fault the GOQii Band for this, considering that it costs less than half of what the Fitbit Surge does. What I would say though is that a 12 month subscription does cost over Rs. 10,000, which is closer to the Fitbit Surge, and the human presence on the GOQii Band isn’t enough justify the lack of specialised activity tracking. 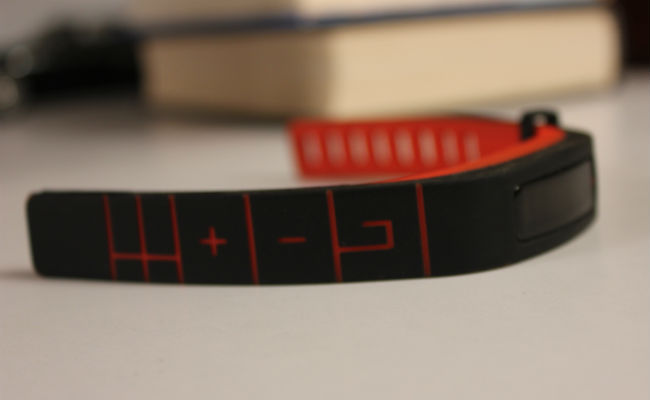 Perhaps the biggest downside of the GOQii Band though is in the fact that it’s not waterproof. The band is water resistant, meaning it can take a few splashes, but that’s about it. You can’t go for a swim or take a shower with this smartband.

Moving on, the OLED display can show you the time, number of steps, calories burned, distance covered and more. You have to hold down the display in order to turn the sleep mode on or off. This tells the band that you’re going to sleep, and it subsequently tracks the same. While the fact that it has to be done manually is a problem, there’s a positive side to it. Since you manually turn on the sleep mode, the GOQii Band doesn’t track your steps during that period. This means that you won’t be waking up with steps that you haven’t taken, added to the counter. 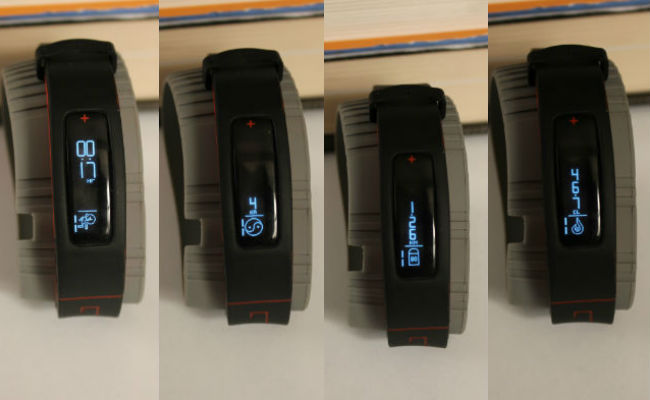 Lastly, the GOQii Band also has an alarm functionality, and can wake you up by vibrating on your wrist at the designated time. You can dismiss the alarm by tapping on the display, and the band can also vibrate again if it detects that you’ve been sedentary for too long after dismissing the alarm.

Along with the lack of waterproofing, the other big downside of the GOQii Band lies in its battery life. The battery on this wearable lasts at most for 3 days, and can go lower based on how often you sync it with the app. For a daily driver, this isn’t good. It charges using a charging pod that comes with the band, and takes about an hour to be fully charged. This means you’ll be losing about an hour’s worth of data every day.

The real reason for recommending the GOQii Band is the human coach that you get. It's the tech equivalent of having a trainer and the human angle makes up for a lot of the product's shortcomings. For example, even if you don't get the time to log your meal, you can always tell your coach what you ate later and they can gauge your activities accordingly.

That said, the lack of specialised sensors and additional features means it is a very basic wearable that makes sense only for those who starting out on a fitness regime. The product has the potential to take on the best fitness accessories out there today and GOQii would do well to buck up for its next product, especially considering the fact that Fitbit and others will eventually make their way to India.