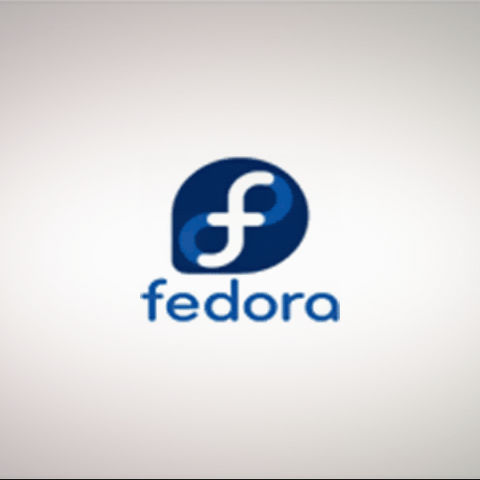 Fedora is one of the most well known and used distributions, and has maintained that mantle for long. It comes from the line of an even better known distribution Red Hat Linux (new Red Hat Enterprise Linux). While Red Hat is now a distribution targeted towards enterprises, and comes with official support at a price. Fedora is a constantly evolving bleeding edge distribution which integrates some of the latest applications when it is released. It forms the base for the more stability oriented Red Hat. It is the source for many of the newest updates which eventually reach other distros.

We downloaded and tested Fedora 13 64-bit DVD-edition, to get the full breadth of software available for the distribution. Fedora uses the Anaconda installer system which provides a powerful, and configurable installation experience, but makes the choices simple and easy to understand. A new user might be overwhelmed by the number of options available but the explanatory text allows one to make informed decisions. This is quite visible when one comes to the partitioning step. This is where many new Linux users can get lost, confused and possibly scared due to either the lack of options or their abundance. Especially as the implications of picking the wrong option can be quite dire. Fedora covers most of the scenarios that a new user might face, and allows users to take over the entire hard disk, replace the currently installed Linux partitions, shrink current partitions to make space, use free space, or create a custom layout. Whichever option you choose you have the option of reviewing and modifying the layout later on. You also have the option to encrypt you system if you are security conscious. By default Fedora creates separate /boot, root and /home ext4 partitions and uses LVM (Logical Volume Management) which will make for a more extensible hard disk configuration. The installer warns you once more before modifying your hard disk layout, so you still have an opportunity to back out.

The DVD version comes with a large selection of popular software, and both KDE (4.4) and Gnome (2.30) are included. However Gnome is the default desktop environment and you need to manually customize your software selection and select KDE if you want to install it. The software installation process lets you select from a list of configurations for your installation. Depending on your intended purpose you can select from “Graphical Desktop”, “Software Development”, “Web Server”, or “Minimal”. You can also select from the repositories to install with your new system. You can also choose to customize the software installed, or do it later on. The software selection customization interface is also quite simplified, oversimplified perhaps. The selection sets are very broad, and don’t allow for too much customization. You can choose to install broad categories of applications such as “Authoring and Publishing” software or “Engineering and Scientific” software, and the installer will automatically select applications from that category to install, you can them select additional optional packages or remove the packages selected by default.

Unfortunately, Fedora does not automatically install the DVD as a repository, so if you need to install any software later on, you need to download them – even if they are present on the DVD. It is possible to add back the DVD as a software repository, however the process if not clearly illustrated. Furthermore, after this step, clicking Next will simply start the installation process without warning, so if you need to change any settings, you need to go back right now. The installation itself doesn’t take too much time, we had default “Graphical Desktop” system up and running in under 20 minutes.

Since we picked the default graphical desktop, we were greeted with a Gnome desktop which looked pretty much standard. Fedora developers push changes and updates to the applications themselves instead of maintaining a separate version for their distro, so you can expect most applications to be unmodified and look like their authentic selves.

Overall the desktops looks very neat, and the icons and theme are refreshing. Fedora 13 ships with the open source Nauveau driver for NVIDIA cards, so if you have one of those, it will be supported out of the box.

Unlike many other distributions which include F-Spot for photo management in Gnome, Fedora has gone for the lesser known Shotwell. Shotwell is a decent photo management applications and a watered down version is also available or Windows for those who want to try it out. It supports all the features you’d expect, importing photos from digital cameras, basic editing (crop, resize, red-eye remove, etc), and can upload your photos to Picasa, Flickr, Facebook etc. Shotwell uses tags, and “Events” to organize photos and has an intuitive workflow for new users.

Fedora 13 has few new features over Fedora 12; considering that it has a 6-month release cycle this is not too unexpected, while 12 to 13 may seem like a big jump; consider this, when Windows Vista came out in November of 2006, Fedora was called Fedora Core, and it was on version 6, and two versions have come out since Windows 7. Even so, Fedora’s UI has not changed much since then. This might come as a blessing for some, and an annoyance for others.

Fedora is, and is meant to a  bleeding edge distro, yet manages to be very stable. While it may have a simple and easy install process and interface, it doesn’t offer too much to the Linux newbie. It feels less like an integrated distribution and more like a generic Linux installation, which it might well be; there are few customizations which are unique to Fedora, although this isn’t necessarily a bad thing.

For those who have worked on Linux for a while, Fedora is a nice way to come back to the basics, but those who are still new to the world of Linux might find themselves fighting with basic operations such as adding repositories – which come easily to other distributions. On the other hand its performs remarkably well.  If you do opt for Fedora be prepared to spend some time on the CLI.

Go the next page for a the gallery.