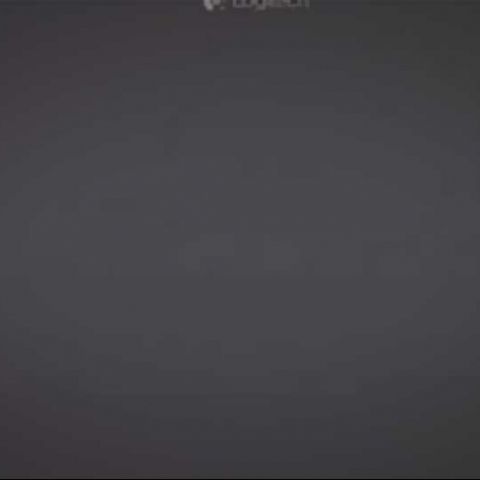 Logitech has brought to the market the Touchpad T650, as a means of providing relief to users of Windows 8 who do not have touchscreens. We got ourselves a unit to see whether it actually does provide any relief or if it falls short like almost every other touchpad found on laptops.

The Logitech T650 is a very nifty little gadget from the company. The Touchpad is designed for use with Windows 8, with the goal to help you maximize on the gestures built into the operating system. However, seeing how many laptops nowadays come with gesture support (and do a somewhat poor job at it), is the Logitech T650 up to the task? Let's find out.

Build and Design
Measuring a generous 5.9 inches in length and an almost similar 5.7 inches in breadth, the Logitech T650 offers an incredibly large area for any kind of gestures you may need to perform. The Touchpad gently tilts to the front, giving it a slightly angled look. We’re not really sure if a totally flat design would have worked better than the angled one, but it works nonetheless.

The bottom of the Touchpad has four rubber feet which prevent the Touchpad from slipping. We placed it on all sorts of surfaces, wooden, marble and even glass and it stayed put where we had placed it. The feet also double up as the right and left click buttons, which is a rather ingenious design concept, one that works well. The left side of the Touchpad has the non-descript on/off switch with a micro USB port at the back to charge the internal battery.

Usability
Setting up the T650 is extremely simple. Once you plug in the nano-receiver and Windows is done installing the drivers, you will be prompted to install a plugin to allow you to scroll smoothly on your preferred browser. We also recommend installing the Touchpad utility from Logitech’s website, as it will help you configure various options and the scroll sensitivity of the Touchpad.

Once installed, the utility shows all the various gestures in a rather nifty video. The introductory videos do a good job of educating the user of not only the gestures that exist in Windows 8, but also shows you how to execute them.

Using the Touchpad is incredibly straight forward. It just works right out of the box (even if you don’t have the utility installed). The most frequently used gestures for us were the “show desktop,” “go to start screen” and switching between apps. Often, we would also use gestures to snap windows, which is a little difficult to maneuver with the Touchpad.

The Touchpad has an “anywhere click” surface, meaning that if you tap your finger anywhere on the left side, it registers as a left click and the right registers the right click. While the left click worked rather well, we often had issues getting it to register our right clicks. The other problem we faced was while using MS Word. In case we had to make a selection which spanned a few words or lines, we found it rather hard to do so. Dragging and selecting was difficult due to the cursor jumping, if our fingers would even slightly lifted off the surface of the Touchpad.

Conclusion
The Logitech T650 is a great little touchpad and would definitely add a lot of flexibility and bring ease of use to those who are using Windows 8. It is responsive, easy to use, and rather unobtrusive on your desk. For what it’s worth, it’s just like a bigger version of the touchpad you find on your laptop, but just a whole lot more effective. However, it does falter at times, being difficult to use when it comes to long text selections. However, the most impressive part about the Touchpad happens to be not its exceptional build and design or its ease of use, but the fact that the built-in battery lasts a really long time. We’re now at two weeks of use with the Touchpad and the battery has only dipped to half. In the event that it does die, it can be plugged into the computer using the supplied USB cable and it will continue to work. The Logitech Touchpad T650 ALMOST manages to make the mouse obsolete with regards to basic functions, but it does allow you to do far more than what a mouse would let you, especially in Windows 8. Just don’t try to use it for gaming.