Nubia N1 Review: Late and not up to the mark 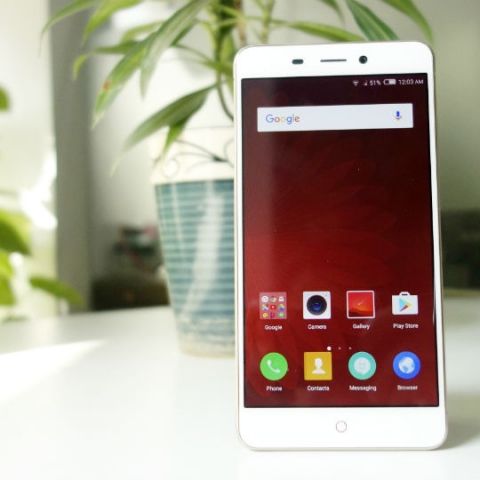 The Nubia N1 is a decent smartphone. It’s better than most other Helio P10 powered smartphones we’ve reviewed so far. However, it doesn’t live up to its promise of three day battery life and has a sub-par camera, making it a less than ideal choice. The Xiaomi Redmi Note 3 and Nubia’s own Z11 Mini are better phones to buy.

Phones that cost between 10K to 15K have come a long way in the last year or so. Smartphones in this category now offer features like fingerprint scanners, big battery packs, 1080p displays, good cameras, and even perform so well that one may rethink buying expensive devices.

Nubia had a go at this category late last year, focusing primarily on the camera with the Z11 Mini. That turned out to be the best budget camera phone you can buy at the moment. Now, the company is taking another shot at the same category and the prime objective here seems to be battery life. The Nubia N1 packs a 5000mAh battery, which the company claims will last at least 1.9 days for heavy users and almost 3 days for normal users. We have already seen the Lenovo P2 live up to such a claim, can the Nubia N1 do it too? 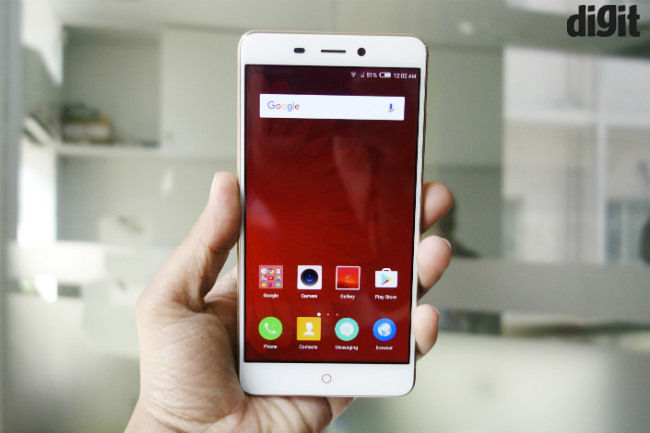 Build and Design
The Nubia N1 follows a tried and tested design that has now become synonymous with this price bracket. It has simple, curved edges, a metal back with fingerprint scanner, and a 5.5-inch display up front. The rear camera is not located at the central position, though, in symmetry with the fingerprint scanner. You might say that the phone looks like a Redmi 3s Prime, but bigger. 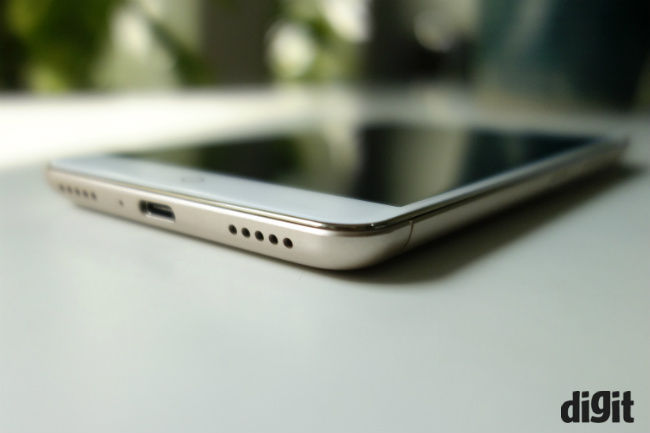 Further, the Nubia N1 is a well built device and feels quite sturdy. It also has some heft to it, which is most likely due to the 5000mAh battery. The 5.5-inch device is as big as the Redmi Note 3 and with added weight, it is not really ergonomic. Adding to the woes, the metal back, which looks and feels quite premium, is also slippery and we had a tough time using the phone with one hand. As far as the tactility of the two physical buttons go, you can’t get anything better in this price bracket.

Display and UI
As on all previous Nubia devices, the display on the N1 is good. It spans over 5.5-inches and since it is an IPS panel, the viewing angles are decent as well. On its default mode, the display is a little warm, and amply sharp. These qualities will be appreciated by most buyers, but the display still feels duller than the one we saw on the Coolpad Cool 1. You can change the hue and saturation settings of the display from the settings menu, but that still doesn’t put this amongst the best displays we have seen lately. It’s close, but not quite there. 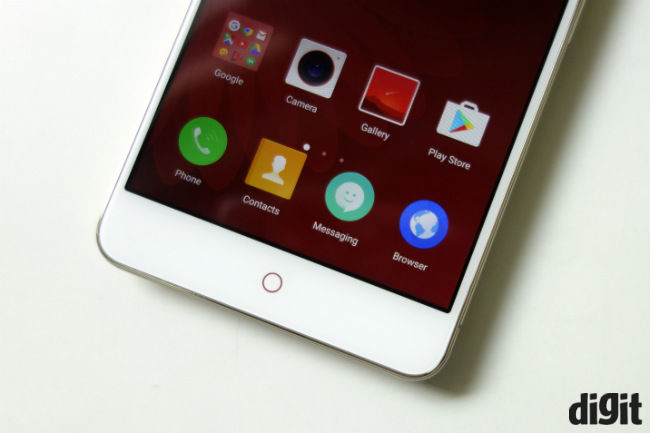 On the other hand, visibility under direct sunlight is better than many devices and you can use it without having to squint or find shade. We recorded a maximum brightness of about 530 lux, which is reasonable, but it could have been better.

Running the show on the Nubia N1 is Android Marshmallow 6.0, which is layered under a rather heavy Nubia UI. There are a ton of gestures and personalisation options, but nothing that we haven't seen on the Nubia Z11 or the Z11 Mini. The screen-based gestures we saw on previous Nubia phones are interesting. Also, it doesn’t have the standard back and recent buttons. Instead you get an Android Ice Cream Sandwich style navigation panel. This is through a button that replaces the recents menu button that most phones have. It opens the Settings menu and you get to the recents menu by long pressing the back button. Now, some of this is quite intuitive and unique, and users will get used to the UI eventually, but overall we don’t feel it is very convenient. 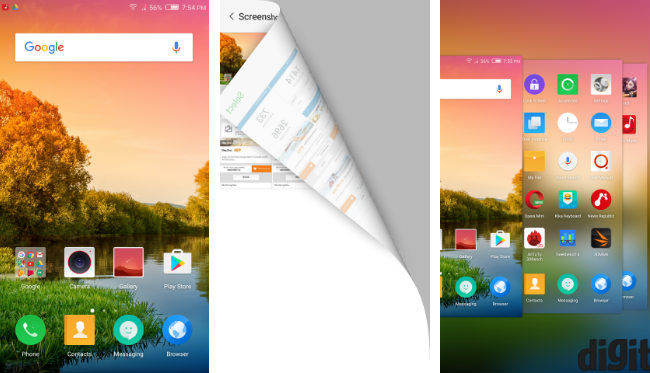 Performance
Under the uninspiring design and the rather heavy metal bodywork lies a MediaTek MT6755 SoC, otherwise known as the Helio P10. This is coupled with 3GB of RAM and the phone has 32GB storage. When we saw this combination once again, we were inadvertently reminded of the Yu Yunicorn, which wasn't a great performer in the first place. That being said, Nubia has done a much better job optimising the SoC.

In day-to-day performance, the phone performs at par with the Honor 6X. This means the phone can work with apps like Facebook, Whatsapp, Calendar, Gmail and more, with occasional lag. It gets a little sluggish while loading heavy gaming apps or just switching between them.

Talking about gaming, the main issue with the Helio P10 SoC has so far been its mediocre graphics performance as seen on the Yu Yunicorn or the Meizu M3 Note. However, the in-game performance on the Nubia N1 is quite fluid and we observed only small stutters on Asphalt 8 and Marvel Contest of Champions and other such games. Temperatures also remain low with a max value of just about 38 degree celsius, which is good enough. 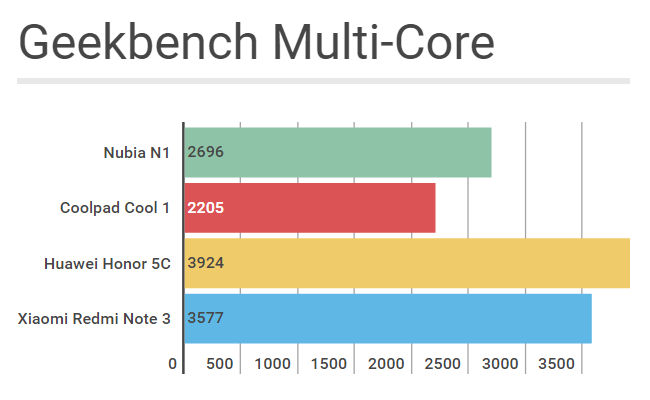 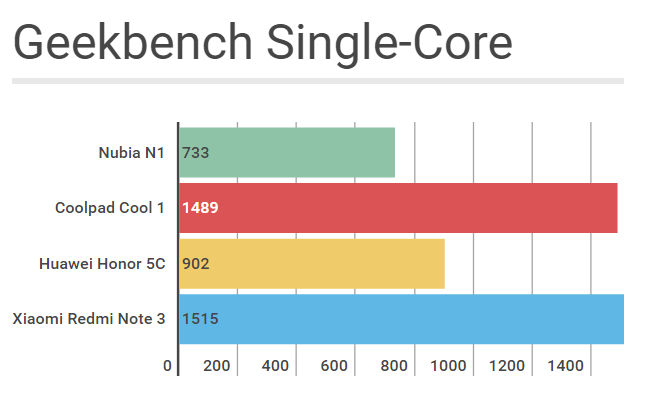 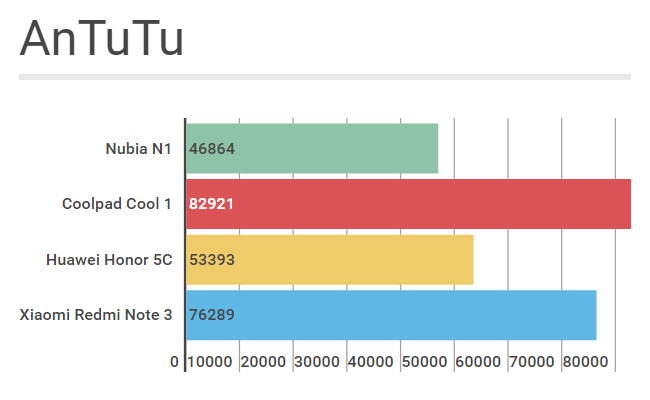 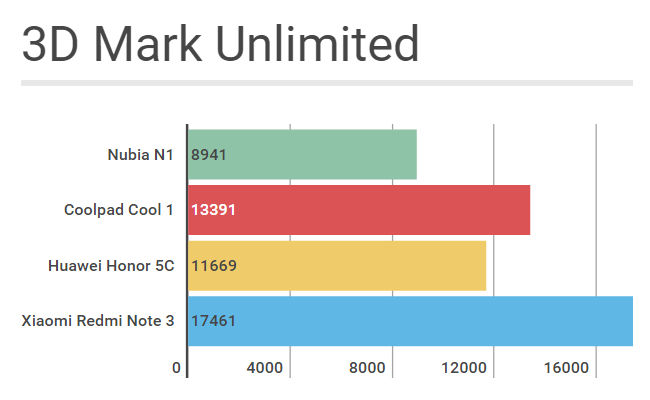 Battery
While the performance is just about good enough, battery life is better than the average. That said, the 5000mAh battery does not last for the claimed 3 days, even on light usage. The best we got was a day and a half.

Using the phone as a daily driver, the Nubia N1 lasted us for a normal work day, which included music streaming, video streaming, half a dozen calls, WhatsApp, Facebook and almost an hour of gaming. In the PC Mark Work 2.0 battery test, the Nubia N1 lasted for 8 hours and 49 minutes, which amongst the higher numbers we’ve seen, but much lower than the 20 hours Lenovo P2 (which has a 5100 mAh battery) lasts on the same benchmark. 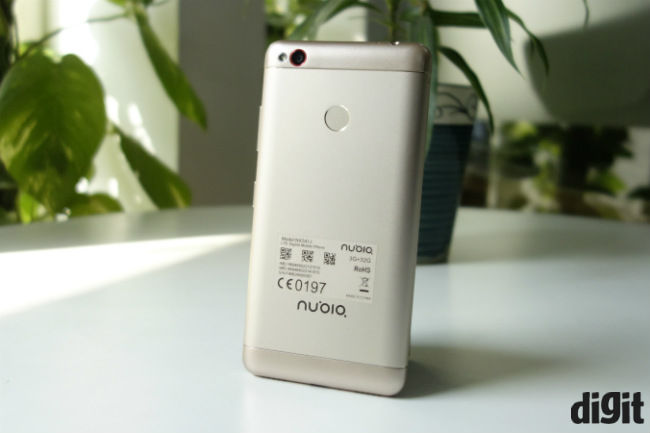 The difference, ideally, should be in overheads and resource management on each of the devices. The Lenovo P2 also has a more battery efficient SoC, in the Snapdragon 625, along with a Super AMOLED display, which consumes less power than the IPS panel on this one.

Camera
While the Nubia Z11 Mini is the best camera phone you can buy in the sub-15K range, the N1 is nowhere close to it. Images taken by the 13MP rear camera had good colour saturation and fast shutter speed. However, clarity is not upto the mark, compared with most competitors.
Further, images taken in low light are just not good and far behind some recent phones, like the Coolpad Cool 1 and Nubia’s own Z11 Mini. Further, the Nubia N1 can’t handle light trail photography in manual mode, even though it has a dedicated light travel filter in the camera app.

In contrast, the 13MP front facing camera does a really good job. The “pretty” feature is simple and easy to use. It’s Nubia’s take on the beautify modes that most front cameras are equipped with today. You simply toggle the level of beautification on a slider.

The front facing camera can also record video in 1080p, which is quite good for video chats or people who like to post selfie videos on social media websites. 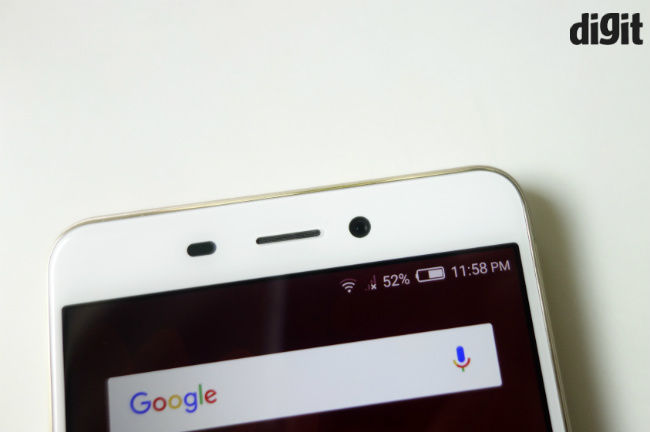 Bottomline
The Nubia N1 is a notable entry in the budget smartphone range with decent performance, a good display, commendable battery life and a not so exciting camera. Its positioning, at Rs. 11,999 makes it much cheaper than the powerful and better Coolpad Cool 1. However, you can’t escape the likes of the Xiaomi Redmi Note 3 and even the company’s own Nubia Z11 Mini. The Nubia N1 than what we’ve seen with the Helio P10 so far. However, we wouldn’t call this the best buy.

6849
New Mobiles
Realme 10 Pro | Oneplus 11 Pro | Vivo X90 Pro Plus | Vivo V27
Latest Post
CBDC vs Cryptocurrency, e-Rupee vs UPI, and other FAQs about Digital Rupee explained | New Airtel Cricket Plans with Amazon Prime Video subscription are here: Know prices and benefits | Voter ID and Aadhaar card linking: Here's how you do that online, but is it mandatory? | Oppo Find N2 Flip renders leaks giving us a clear picture of its design: Here's all we know | Redmi Note 12 Pro 4G rumored to be launching soon in India, but it may not excite you: Here's why
Top-10s
Best Phone under 15000 | Best Phone under 20000 | Best Phone Under 10000 | Best Mobile Phones | Best 5G Mobile Phones