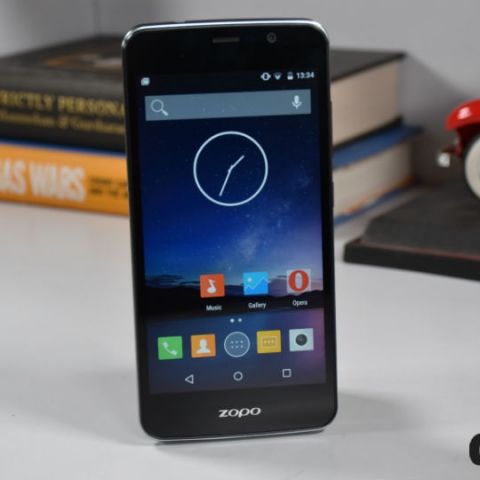 Zopo is a new company in India, and the Speed 7 is its first attempt in a market which is filled with phones offering better value. But guess what? The Zopo Speed 7 comes out to be a good phone and has a good design, display, consistent performance and a decent camera. It is as good as any other phone in the category and thus adds another option for customers in a market packed with budget smartphones.

If you have a budget of Rs. 10,000 to Rs. 15,000 and want to buy a smartphone, you will be spoilt for choices. Currently there are more than a dozen smartphones in that very segment and the number seems to be growing with each passing month. Zopo is the newest manufacturer to join the ranks and has come to India to try it's luck in this very competitive budget segment.

The phone, which takes on the likes of the Xiaomi Mi 4i, Asus Zenfone 2 etc. is Zopo’s Speed 7. It brings best in class 3GB of RAM, but, besides that, the entire spec sheet is quite similar to its competitors. So, what can a new brand like Zopo bring to the table? We took the phone through its paces to find out. 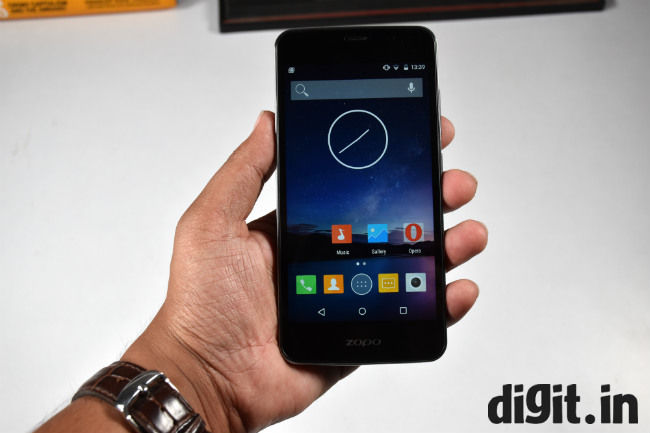 Design and build
The Speed 7 features a very subtle yet good looking design. Rounded edges, curved back and a lighter body makes it one of the best phones in the category in terms of the grip. The slightly chamfered sides with a metal finish make it look premium than it is. Compared to other 5-inch smartphones though, the Speed 7 has broader top and bottom bezels, which result in a slightly taller body, but still not out of place. The volume rocker and the power key both are situated on the right and offer tactile feedback. And to stress on the build quality, the phone does have a plastic exterior but features an alloy frame inside. 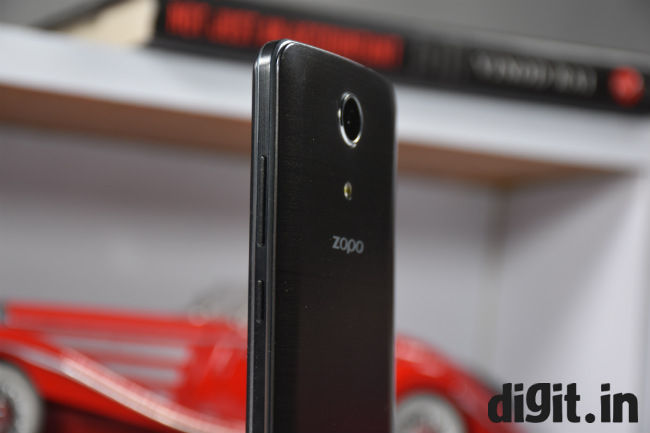 Display and UI
The 5-inch FullHD display on the Zopo Speed 7 is one of its biggest assets. The display is bright in every light condition. In addition, the colours are punchy and the saturation is nearly perfect. The display reminded us of the IGZO panel we saw recently on the Meizu M2 Note. Although the panel comes with an undetermined protective layer, it does acquire fingerprints very easily. And, as mentioned in our first impressions, the phone is a bit reflective at times. 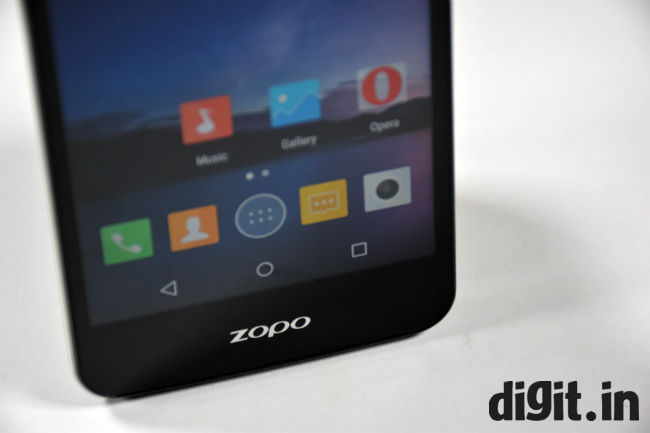 The UI on the phone is a mixed bag. Out of the box, it is running an almost stock interface with simple icon changes. This makes Zopo the second Chinese phone manufacturer besides OnePlus to offer near stock Android experience out of the box. However, the Apus launched is preloaded on the phone. In a short while, we were prompted to update this launcher. Now as soon as we did that, it took over the interface completely. And, since Apus launcher is available on the Play Store, we immediately went into Settings and changed the defaults to the normal launcher. It is worth noting that you can't remove the app, and can only disable it. Even when it's disable, the app pops up from time to time. 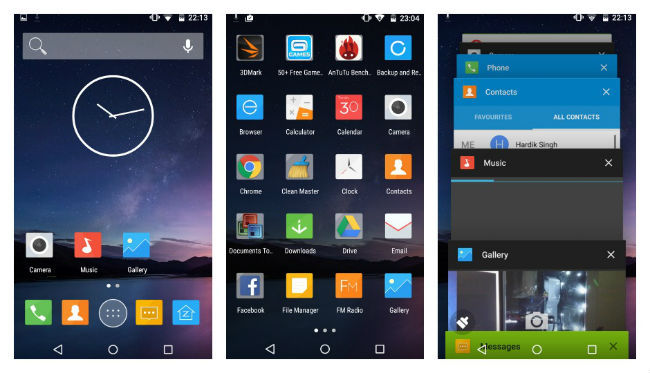 Performance
With a MediaTek MT6753 octa-core SoC inside, the performance of the Speed 7 was reasonably good but it lacks the punch when pushed hard. We used the phone for more than a week and didn't have much troubles with it, although it was a bit stuttery at times. Day to day performance is not a big problem for the processor, but it lacks the power or rather simmers the performance when pushed while gaming. However, on the Speed 7, it didn't feel as throttled as we expected. On top of that, heating issues have been more or less kept in check as it gets just a bit warm under prolonged gaming sessions, which is understandable. The synthetic benchmarks came out to be reasonable as well.

Zopo Speed 7 | Create your own infographics

Calling capabilities are good enough and the earpiece is adequately loud. The same cannot be said about the rear mounted speaker though. On the other hand, audio quality is quite good through the headphones. 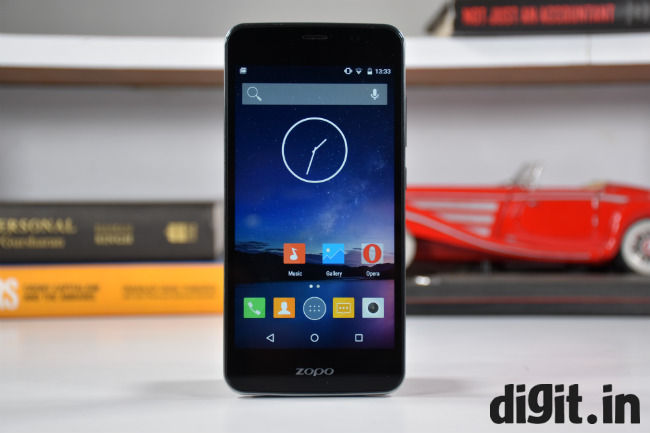 Battery
The phone comes with a 2500 mAh removable battery pack. Now, in this sub-13K price bracket, a 3000 mAh rated battery is the standard and the phone leaves us with no complaints. On our standard battery test, it runs for about eight hours. Using the phone on a day to day basis, it was able to last us an entire day, with the battery still retaining about 18% of charge. We are not really happy with that, but it's as good as most phones get today. Gaming, obviously, eats into the battery and in an hour of gaming, we found the phone lost more than 20% of its charge. 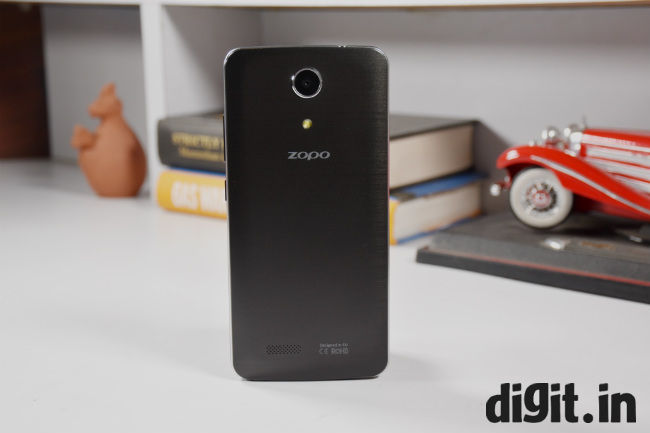 Camera
The 13MP rear camera on the Speed 7 is nothing sensational but it definitely makes its way into top cameras on a smartphone available around this price. Images taken had a very true to life colour tone. Dynamic range and detailing is quite good and low light performance is also good at times. To add, we have two major qualms with the camera though, shutter response is a bit slow and so is the focusing during macro shots.

Bottomline
Zopo is a new company in India, and the Speed 7 is its first attempt in a market that is filled with phones offering better value. But guess what? The Zopo Speed 7 comes out to be a pretty good phone and has a good design, display, reasonably good performance and a decent camera. It is as good as any other phone in the category and thus adds another option for customers in a market packed with budget smartphones.