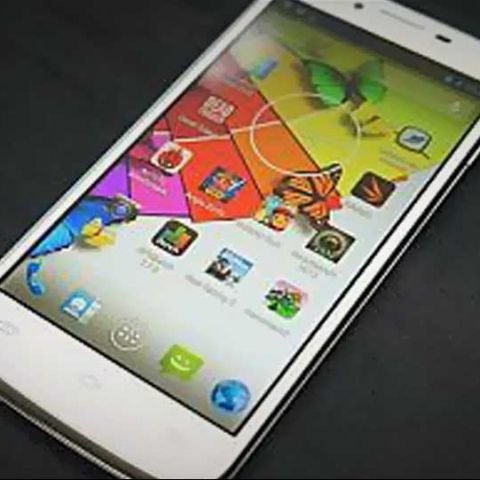 The Q1000 offers a good build, impressive display and a smooth touch experience. Apps and games ran well on the smartphone except Real Racing 3. On the downside, the camera is average and the device is fingerprint magnet and you get a mere 4GB built-in storage. If you are in the market to pick up a 5-inch quad-core budget smartphone such as the Canvas HD, Lava Iris 504q, Spice Stellar Pinnacle Pro along with the Gionee Elife E3 before making your purchase decision.

Xolo as a brand may not be as popular as Micromax or Karbonn but it is definitely making a name for itself in the budget smartphone segment as a company that makes some really good products. In the past we have seen the likes of the Q700, X500 and X1000 launch, all devices that really impressed us. They bring a good mix of features and specifications that gives the user a value for money smartphone.

Today, we have with us the Xolo Q1000. We investigate, if this smartphone has what it takes to live up to the reputation of the Xolo stable thus far.

At a Glance
With a 5-inch 720p IPS display, 1.2GHz MediaTek quad-core CPU, 1GB RAM, 4GB built-in storage and vanilla Android 4.2 Jelly Bean – the smartphone brings a slew of features to the table. Here is a quick look to see how it compares to the competition in terms of specifications.

Design
One good thing that we liked about previous Xolo phones such as the Q700, X500 and more was that those smartphones had a rubberized matte finish giving them a premium look and feel and adding to the grip. The Q1000 on the other hand has opted for a plastic back, which made us feel a little disappointed initially. The plastic body on a smartphone is something that we are used to seeing on Samsung smartphones. The rear panel of the Q1000 is a bit better built than what we have found on Samsung devices and that’s saying a lot. It still is a fingerprint magnet though.

The Xolo Q1000 not only feels well built, though plasticky, but also feels a bit hefty, weighing in at 171.1 grams.

The front of the Xolo Q1000 has the 5-inch display with the standard three capacitive touch controls below it. The display has DragonTrail Glass protecting it which is a good thing. The placement of the controls however feels a bit off. The right of the Q1000 has the power button, and the left has the volume rocker (no complaints here). Below the volume rocker you have the shutter button. This button doesn’t act as a shortcut to open the camera app but it does work while clicking photos. We have missed the physical shutter button on the past and its nice to see it make an appearance on this smartphone. Its positioning however is something that will take you some time to get used to.

The top of the Q1000 has the headphones jack and the microUSB port. Below the rear plastic panel you have the slots for the two SIM cards and the microSD card.

Even though Xolo has gone the plastic rout with the Q1000, its design and build is quite impressive. The device feels quite heavy and sturdy in ones hands and is comfortable to hold.

User Interface
We love the vanilla Android experience and that is what you get on the Xolo Q1000. The smartphone runs on Android 4.2 Jelly Bean so you also get access to the lock screen apps on the device. The UI is slightly customized but there is no skin overlaying the OS and that is a very good thing. It not only maintains the fluidity of the UI, but also ensures a snappy smartphone experience.

Performance
Since the Xolo Q1000 boasts of the same hardware that is powering the plethora of other quad-core smartphones out there (MediaTek MT6589), we wonder how much of a difference we will see in performance. Here is a quick look to see how it performs in the benchmark comparisons.

As you can see from the benchmarks scores, the performance of the Q1000 is nearly at par with what the competition has to offer. There are places where the Q1000 has scored the highest whereas in other places, the Canvas HD holds the top position.

The response of the Xolo Q1000’s touchscreen is very good. There are times when budget smartphones touchscreen feels sticky or slightly rough but the Q1000 is really smooth. Not only does the touchscreen feel smooth but the response during navigation is nice too. There is very little lag on the device when compared to the others.

The Xolo Q1000’s keyboard is stock Android and well laid-out. The device is comfortable to type on too. Playing games, watching videos or navigating the browser, the navigation experience on the smartphone is good.

The 5-inch display has a 1280x720 pixel resolution giving it 294ppi pixel density. The IPS panel has good viewing angles and the text images; games all look crisp on the smartphone. Reading books and browsing the Internet was a good experience on the smartphone.

Speaking of games, apart from Real Racing 3, all the other games ran very smoothly on the smartphone. We played a bit of Angry Birds Star wars, Subway Surf, Dead Trigger and more. Real Racing 3 just hangs and the only way to get the smartphone working again is to remove the battery, reinsert it and switch the smartphone on.

Moving to the calling capability of the Q1000, put simply, it is good; no complaints here.

The Q1000 doesn’t come with any preloaded apps or bloatware. For all your app needs you have access to the Google Play store.

The camera on the Xolo Q1000 is average. If the lighting condition is good, the images produced are decent. When you see the image in their actual size, there is some loss of details and sometimes there is even a bit of noise. In low-lit conditions, there is loss of even more details and the images are quite noisy. In the sub 15k price point, one smartphone that has a really impressive camera is the Spice Stellar Pinnacle Pro.

In terms of its battery life, the Xolo Q1000 has enough juice to get through the day average you. In our continuous video playback test, the smartphone lasted for 5 hours with the brightness on full as well as the volume. The Wi-Fi was also on.

Bottom Line
The market is flooded with quite a few good budget quad-core phones leaving the consumer spoiled for choice. What does the Q1000 offer? A good build, impressive display and a smooth touch experience. Apps and games ran well on the smartphone except Real Racing 3. On the downside, the camera is average and the device is fingerprint magnet and you get a mere 4GB built-in storage. If you are in the market to pick up a 5-inch quad-core budget smartphone such as the Canvas HD, Lava Iris 504q, Spice Stellar Pinnacle Pro along with the Gionee Elife E3 before making your purchase decision.