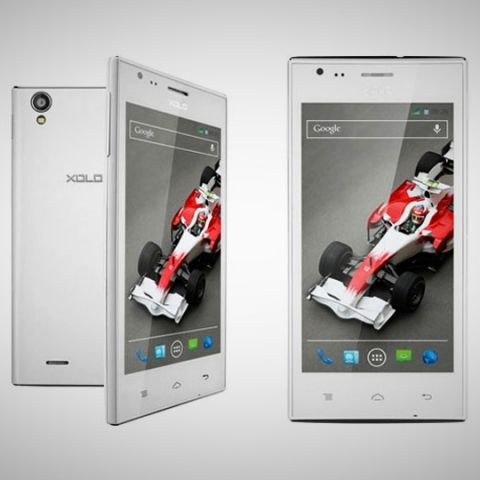 The Xolo A600 is not a bad looking smartphone, however at the price it is being offered, it doesn't impress in the specifications department. If prefer looks over specs and performance, you can go for the A600.

Xolo had kicked off its existence with a collaboration with Intel on the X1000. Since then the handset manufacturer has expanded its scope and launched a number of devices including smartphones and tablets running on Intel, Mediatek and even Snapdragon processors.

So we got to play around with the A600 which is a Mediatek powered smartphone falling in the budget category. On paper, the specifications aren’t fascinating and we have seen smartphones with better specs in the same price bracket.

Let’s check out how the A600 stands up in our in-depth review.

The A600 has a very sleek and slim build and feels pretty sturdy in the hand. Thanks to its soft plastic body, it doesn’t slip away from your hand.  Although, the plastic material used for the body doesn’t seem to be of very good quality, it’s expected for a phone available at a price of Rs. 7,200. 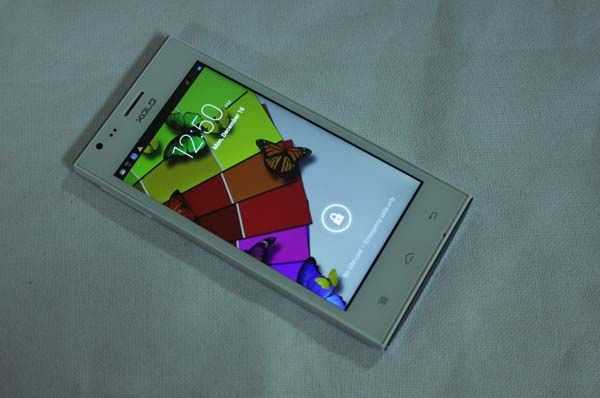 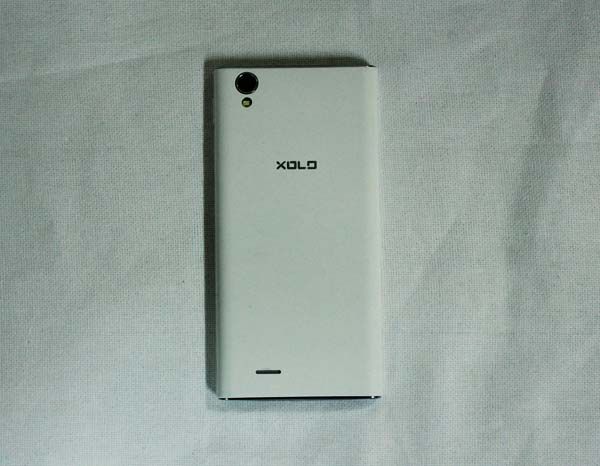 The front of the A600 includes a full glass panel which covers the main display, the front camera and sensors on top, as well as the capacitive touch buttons that are standard on Android. The display is a 4.5 inch IPS touchscreen with a resolution of 960x540 pixels. On the right side there is the lock/power key, the top has chrome like finish and houses the microUSB port and the 3.5mm audio jack and the left side has the volume rocker keys and the bottom is again chromed up but with no ports or buttons. The back is fully plastic and has a smooth finish. There is the 5MP camera with an LED flash, the Xolo logo in chrome in the middle and the speaker grill at the bottom. Under the back cover there is a 1900mAh battery, two SIM card slots and a microSD card slot to expand the memory. 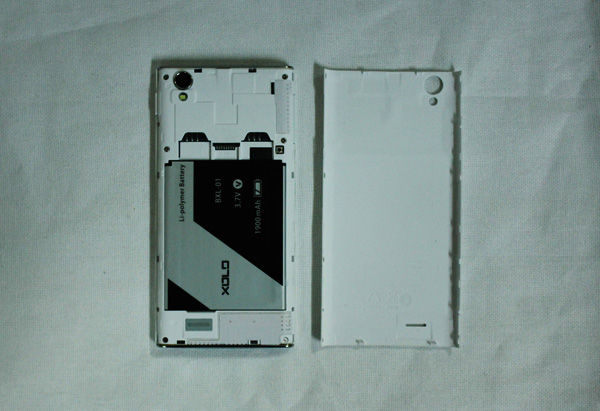 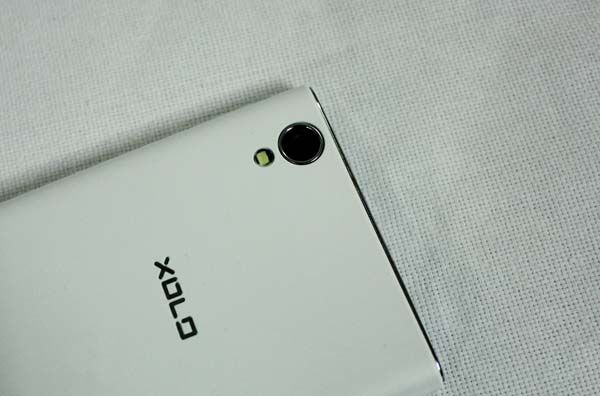 For a low budget smartphone, one cannot expect premium styling and high end build quality. The A600 still manages to impress us despite the non-premium plastic body. In terms of hardware, the smartphone seems to be targeted at those whose focus isn’t a smartphone packed with powerful hardware.

The Xolo A600 runs on stock Android 4.2 Jelly Bean so there isn’t much on the UI front.  The only change we saw was a couple of apps added by Xolo including a power saving app and an app to register your device for warranty, again standard on all Xolo devices.

The smartphone functions smoothly but gets slightly sluggish when you run a number of apps at the same time due to the meagre 512MB RAM. We didn’t notice any prominent lag and the overall performance wasn’t all that bad. The smartphone will totally suffice your needs if you are looking for a device for your emails, Internet browsing and social networking.

A Mediatek SoC powers the device and we expected major power loss in our battery test. However, due to the dual core processor, we saw 22% of battery loss in one hour while running a HD video with the screen on max brightness and the Wi-Fi switched on. This would translate to about 7 to 8 hours of normal use on a single charge.

The synthetic benchmark tests showed that the A600 isn’t one of the most powerful smartphones around, but given the low end specs, the results came out to be quite decent. Check out the benchmark results below:

Gaming performance was fairly good as the smartphone was able to handle Real Racing 3, but not as smoothly as one would expect, and we saw some low frame-rates during gameplay. Games like Angry Birds, Temple Run and Subway Surfer played without any issues.

There is 5MP camera at the back and quite frankly it isn’t the best option if you are looking for a good snapper. Pictures lack punch in terms of colour and are very grainy when it comes to low light performance. The video camera can record 720p videos but again suffers in quality. In outdoor conditions the camera tends to overexpose and when you shoot indoors, the lack of light leads to very grainy videos. In short, the camera performance passes with average results. Check out some of the camera samples below.

If you are looking for a powerful smartphone under the Rs.10,000 budget, then we would suggest that you do not to go for the Xolo A600. The smartphone is not the worst of the lot, but one can easily get a quad-core processor running device at the same price bracket.

You can consider the Xolo Q700, Karbonn Titanium S1 or even the Micromax Canvas Doodle A111 which offer better features and performance than the Xolo A600.