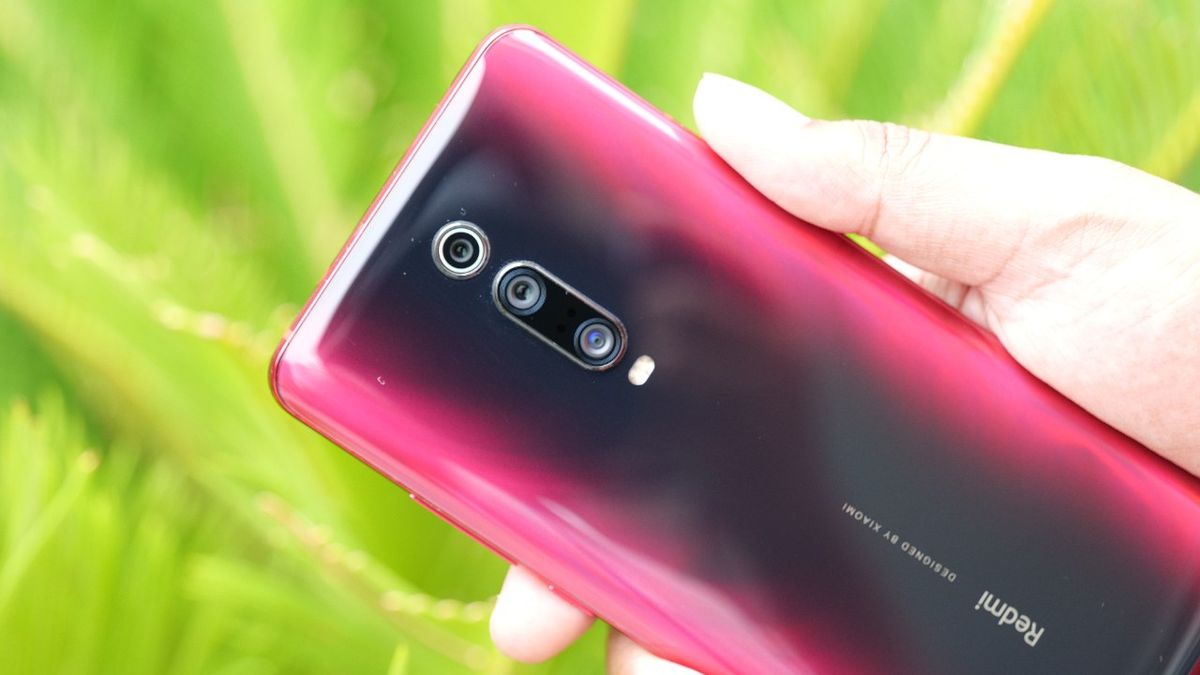 While the price does come close to what other Snapdragon 855-powered flagships ship for, it's still the most affordable flagship you can buy right now that comes with all the bells and whistles that are in vogue this year.

While most of us would normally associate Redmi with mid-range phones offered at a budget, the now independent brand has come out with a flagship that does sound quite convincing. It boasts of most of the flagship features sans a few key things, like water resistance, high refresh rate display and the likes. And then there’s the price that makes the Xiaomi Redmi K20 Pro come off as one of the sweetest deals this year. Then again, a lower price also begs the question whether there are any significant compromises you should know about. More importantly, does cheaper necessarily mean faster? Let’s find out. 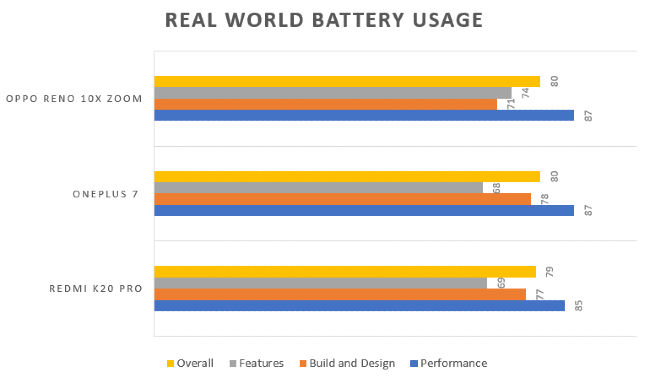 Price-wise, the K20 Pro’s rivals fall far behind in terms of performance, but not so much in the design and camera departments. The real challengers to the phone are all priced above Rs 30,000 and most of them offer the same level of performance. It thus comes down to the software you prefer and the kind of user you are. The K20 Pro will please power users as the battery life, display, and performance are right up there with the best. The camera, however, needs a lot of improvement. It’s not as reliable as the one on the Oppo Reno 10X Zoom or the OnePlus 7 Pro. As for the Zenfone 6z and OnePlus 7, the performance will be similar but each of the two come with their own unique features, and as a result, it will boil down to what you would prefer in a phone.

TL;DR: The K20 Pro is a viable candidate for this year’s flagship killer but it’s not without its flaws and compromises.

First things first, let’s examine the performance of the Redmi K20 Pro. Xiaomi claims it to be the fastest smartphone in the market. It’s a tall statement to make, and honestly, there’s nothing in the real world to either back up the claim or debunk it. Relying on benchmarks, the Redmi K20 Pro is significantly faster on some tests like AnTuTu and Geekbench but slower on some like 3DMark and GFXBench. Based on that, it seems the K20 Pro’s CPU is much more well optimised than the OnePlus 7 Pro but the GPU works better on the latter. 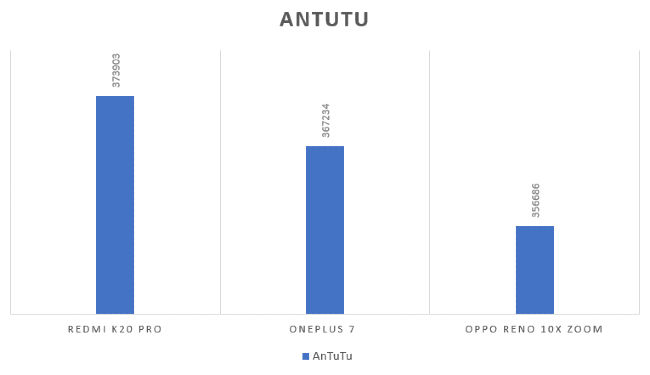 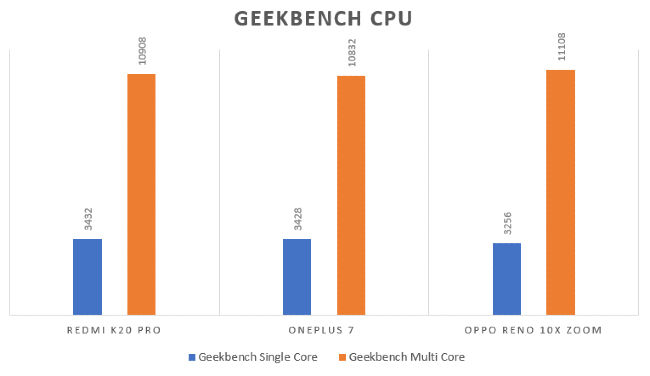 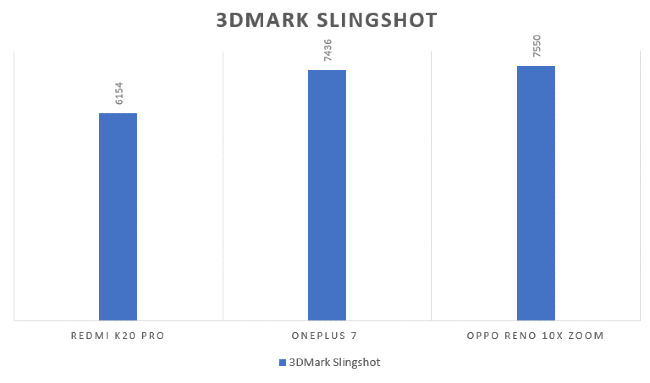 In real world usage, you won’t find any significant difference compared to other Snapdragon 855-powered flagships. The fact that this is the most affordable phone powered by the flagship processor makes it noteworthy, but otherwise, there’s nothing new per se in terms of performance. Daily tasks like shooting photos, browsing the web and launching apps are all blazing fast and happen without a hitch. What was interesting to note was how well Xiaomi manages resources. On the 8GB RAM variant, apps launched hours back resumed right where I had left it. 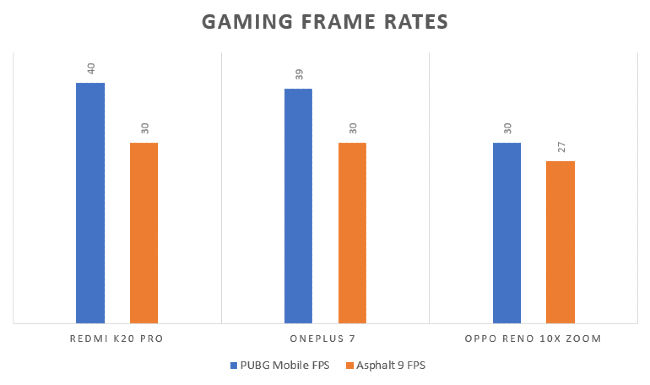 We also tested out the gaming capabilities of the K20 Pro but unfortunately, we couldn't clock the metrics on Gamebench. Using the phone's in-game FPS counter, PUBG Mobile on the K20 Pro ran at maxed out frame rate of 40 FPS while Asphalt 9 also maxed out at 30 FPS. We don't have the stability number, but based on the experience, it mostly should be stable at peak frame rate.

The software on the Redmi K20 Pro is very unlike Xiaomi in one sense. There’s an app drawer! A swipe up from the home screen will bring up the app drawer and it automatically divides apps into different categories which are accessible by swiping right. There are also some other new additions. A Game Turbo mode, which houses all the installed games in a carousel, gives you some granular access to game settings. PUBG Mobile, as in most phones these days, got some special treatment. You can control the touch and repeat touch latency as well as a marked area to prevent accidental touches. 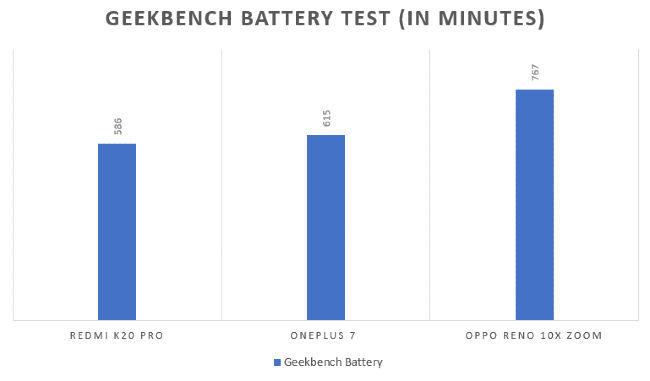 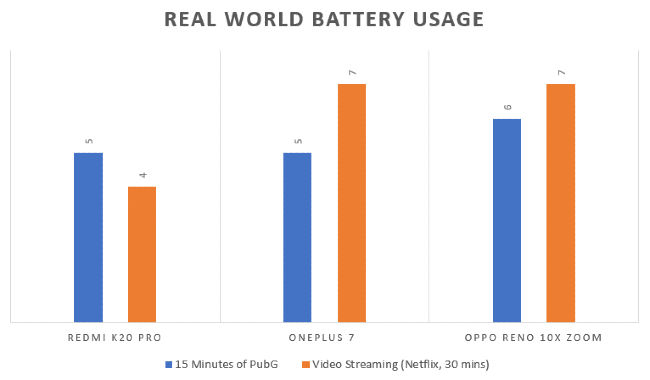 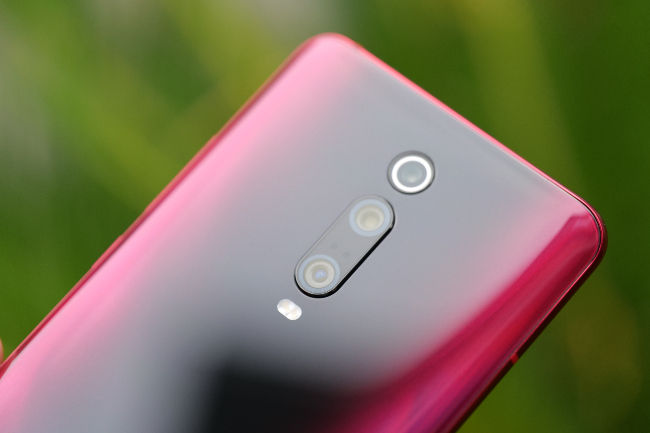 The Redmi K20 Pro boasts of a triple camera setup on the back and a 20MP pop-up shooter up front. While the segment has a few more triple camera phones on offer, no other offers a flagship chipset along with it. As such, the triple camera setup is similar to the likes of the Vivo V15 Pro or the Oppo F11 Pro with one exception. The K20 Pro also packs an 8MP telephoto lens with 2X optical zoom. This is combined with a 13MP wide-angle camera and a 48MP Sony IMX586 primary sensor. It's pretty impressive considering the next phone to offer something similar is priced at Rs 40,000 (Oppo Reno 10X Zoom).

How does it all work? These camera samples can help give the answer — 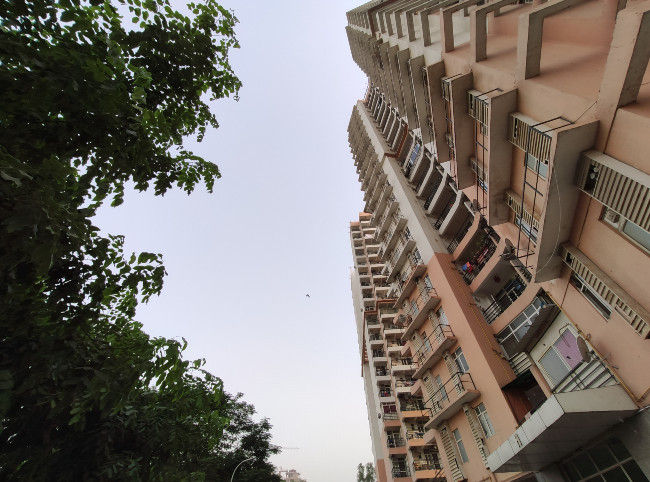 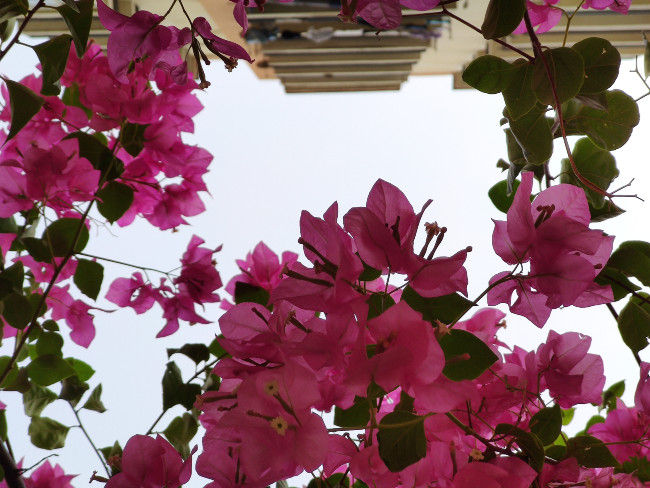 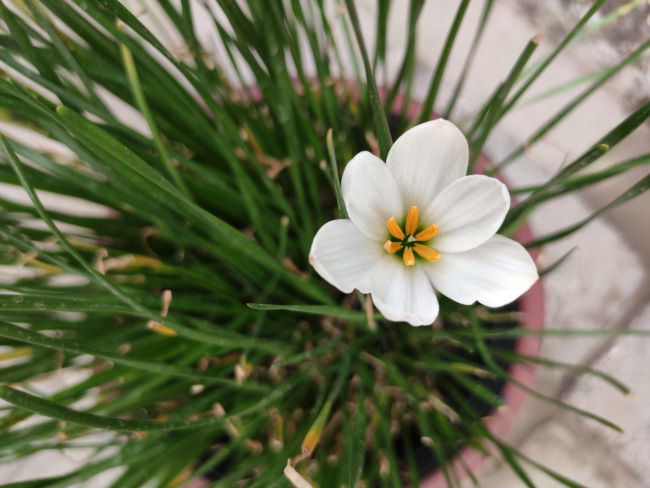 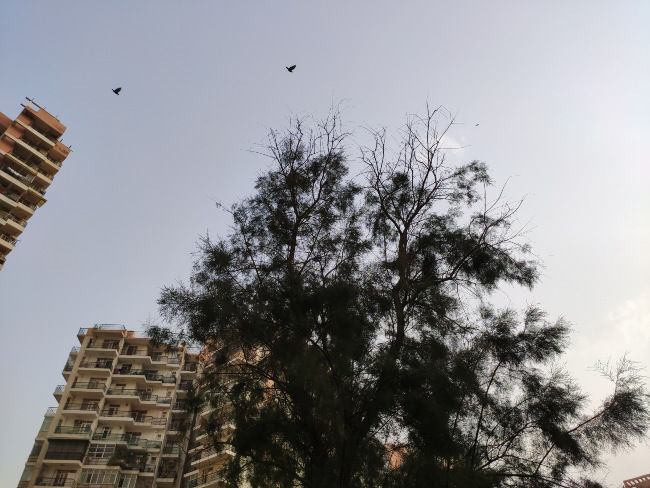 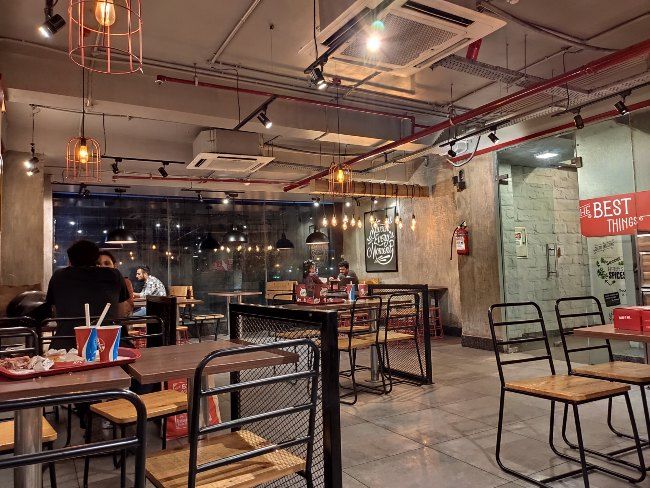 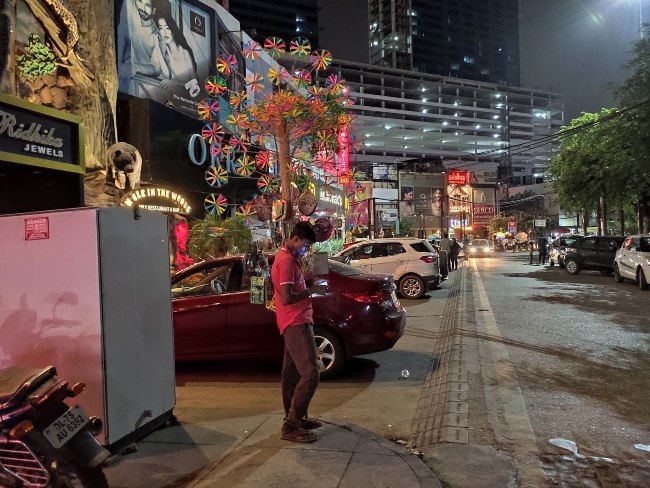 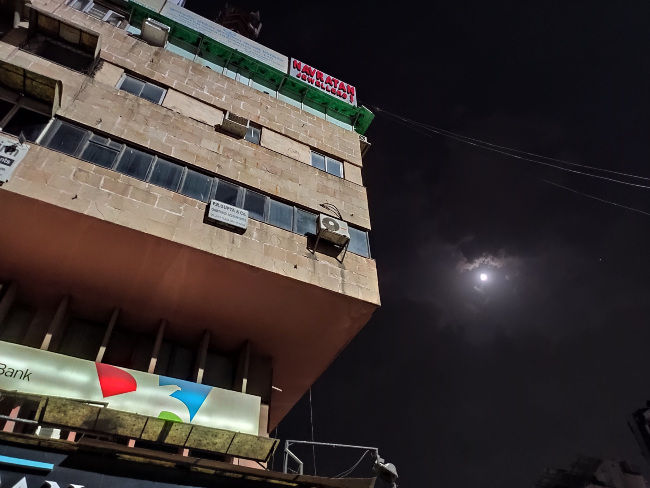 In typical daylight conditions, the Redmi K20 Pro is actually pretty good. The details come out sharp and, while the phone do tend to saturate the colours to an extent, they look quite aesthetic. It’s not all perfect though as the camera tends to clip the highlights and overexpose the shot more often than not. Also, the 48MP mode on the K20 Pro is much better than on the Redmi Note 7 Pro, even though both phones have the same Sony IMX586 sensor. The difference is likely brought upon by the ISP of the Snapdragon 855, which applies Xiaomi’s sharpening and noise-reduction algorithm in the 48MP mode. As a result, the 48MP shots are no longer blurry and lacking in details. They are now much sharper, and when zoomed in at 100 percent, the sharpening algorithm is pretty apparent. Still, it's pretty impressive how the sensor is finally showing some extraordinary results.

The HDR mode, on the other hand, manages to salvage details from the shadows and expose the highlights better, but if we are comparing, the Honor View 20 has done it better in our previous tests.

The Redmi K20 Pro also has one of the better wide-angle cameras in this range. Samsung and Vivo have made the ultra-wide cameras mainstream, but most of the phones that offer the feature suffer from excessive distortion. The Redmi K20 Pro’s ultra-wide angle shot not only gets the exposure and sharpness right, but also corrects the shape in post-processing, which does lead to a narrower field-of-view.

The K20 Pro also comes with a dedicated night mode that does the usual multi-frame processing, and the results are pretty impressive. It gets more light in, and makes things super sharp. But there are also some limitations. The night mode only works with the primary lens and you can’t zoom in. There’s also a small waiting period when the photo is shot and processed.

There’s also 960 FPS slow-motion recording which is nowhere close to what the Galaxy S10 offers since it’s done using software, and the camera stack lacks any sort of stabilisation. 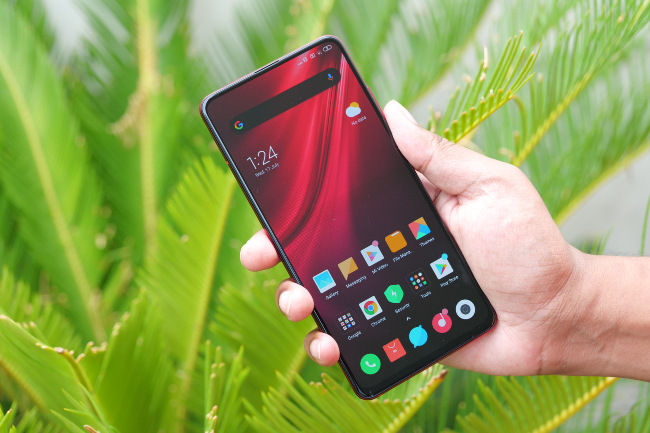 While the performance and camera is pretty impressive for the price it’s offered at, the phone’s design is what will catch your attention first. This is one of Xiaomi’s best designed phones. Period. Aura Prime is what the company calls the design and the dual-tone play of colours look fascinating. We’ll let the photo of the rear panel speak for itself. The front is all screen, with very thin bezels on all sides. Xiaomi is not new to the bezel-less trend. In fact, it was a pioneer in it with the Mi Mix series. The K20 Pro though, achieves the full-screen design by stowing the front camera in a pop-up module. It pops up fairly fast and while unlocking, but not as fast as the OnePlus 7 Pro. 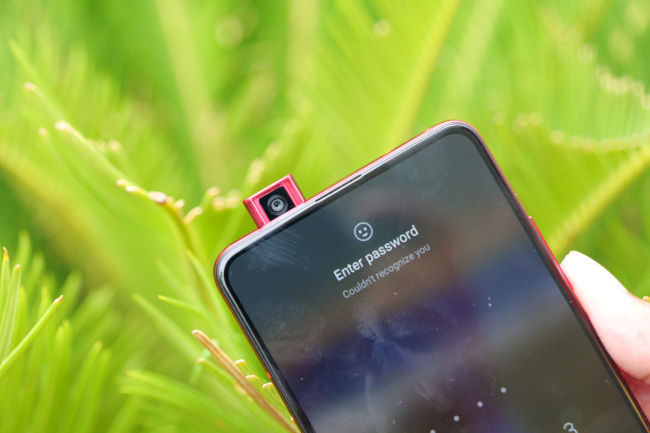 The in-display fingerprint sensor is also pretty accurate. It will unlock four out of five times, and will likely be your default mode of unlocking as the pop-up face unlock only works when you swipe up from the lockscreen. There’s also another annyoing aspect of the design, but this could just be a personal pet peeve. Because there’s no navigation buttons in the gestures mode, the keyboard now starts from the absolute bottom. This led to a lot of mistakes and typos and I had to retrain my hands to grip the phone in a new way. 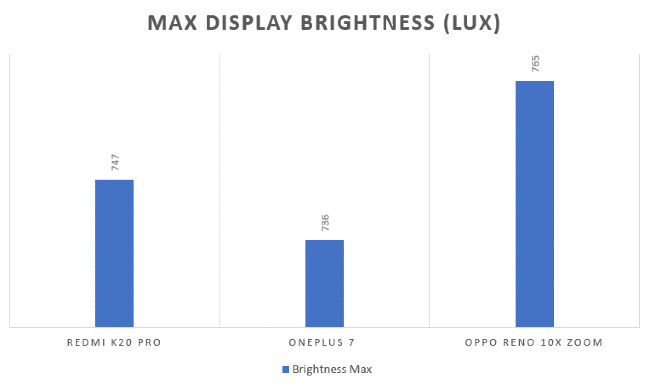 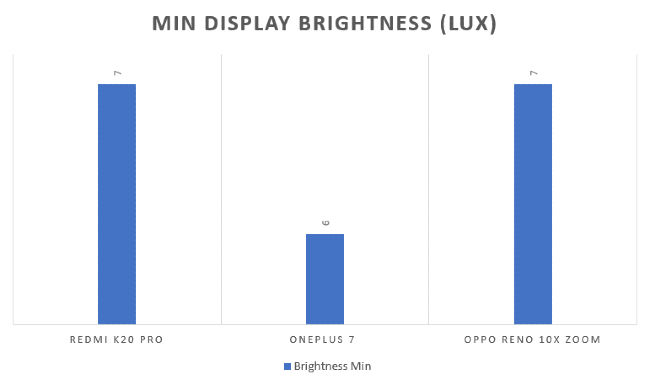 As for the display, the Redmi K20 Pro has an impressive AMOLED panel that stretches to 6.39-inches without any interruptions. This is the first Redmi phone to come with an AMOLED display and that brings the expected boost in contrast levels. It’s also a bright panel with 724 lux registered in our test. On the lower side, the brightness falls down to 7 lux, which is pretty impressive. The display is also HDR rated, but we’re not sure what standard it is. Presently, HDR videos play only on YouTube and not on Netflix, Amazon Prime, but Xiaomi did state they are working with the streaming services to enable HDR playback.

The Redmi K20 Pro has all the bells and whistles of an affordable flagship. We won’t outright call it a premium flagship since there are still some features that are missing that makes a device premium. Yet, the K20 Pro incorporates all the features that are in vogue this year — a bezel-less display, pop-up camera on the front and triple cameras on the back, a gradient design and flagship performance. If you were wondering, the Redmi K20 Pro is also much more than what the Poco F1 offered. The Poco flagship focused only on performance while the K20 Pro is an all-rounder of sorts. While the price does come close to what other Snapdragon 855-powered flagships ship for, it's still the most affordable flagship you can buy right now that comes with all the bells and whistles that are in vogue this year.