With the Redmi 2, Xiaomi has corrected every shortcoming that the Redmi 1S had and made an altogether better smartphone, which is worth its cost. It's the best budget smartphone you can buy right now.

Incremental innovation is fast becoming an issue in the smartphone market. Be it a flagship or the most inexpensive device, you get the same body, with new interiors and if you're lucky, different button placement (think HTC One M9). That doesn’t mean there's no room for improvement though. Look at Motorola and the new Moto X. The device may have retained the basic design elements from its predecessor, but it’s an improvement in every possible way. The same goes for the Xiaomi Redmi 2.

While most smartphone makers have to deal with a stiff consumer demand, Xiaomi has it the worst. The company is not only expected to make a good smartphone with the newest hardware, it has to do so at the lowest possible price point. It’s a risky game for Hugo Barra and gang, but I daresay they’re playing it right. In my reviews of the Redmi Note and Redmi 1S, I mentioned that I expect more from this company. The Redmi 2 is close to what I expect. 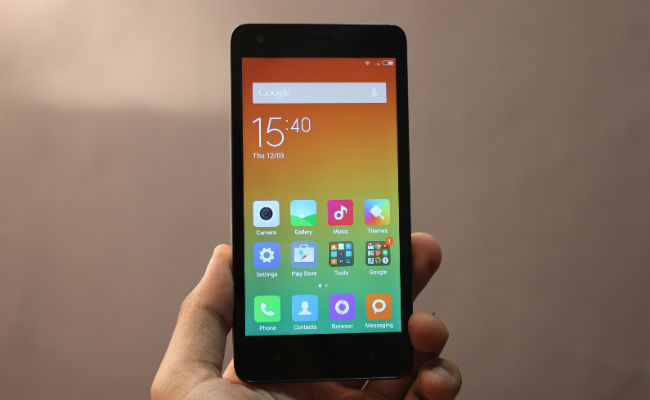 If it ain’t broke, don’t fix it, but if it is broken, you better do so fast. The Redmi 1S was a bulky device, which lacked the ‘above its price grade’ feel that we’ve come to expect with Xiaomi. That’s the first improvement in this new version. The Redmi 2 has a matte-ish finish on the back and is both smaller and lighter than the older device. While the 4.7 inch screen size has been retained, Xiaomi has just made slight changes, which make for a very appealing smartphone. It's not 'above its price grade', but it's close. 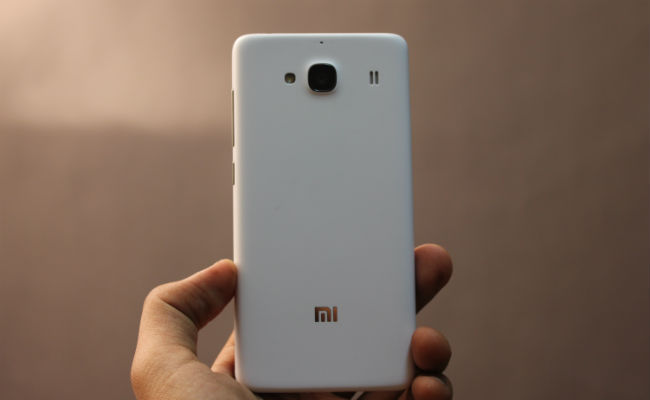 If you’ve seen pictures of the Redmi 2, you would know it looks almost exactly like the Redmi 1S. The design in the Redmi 2 is more refined, correcting everything that the Redmi 1S lacked. It’s not as big as the Lenovo A6000 and isn’t too small, like the Moto E (2nd Gen). It’s a good 15 grams lighter than its predecessor and just sturdy enough to be called a good budget build. 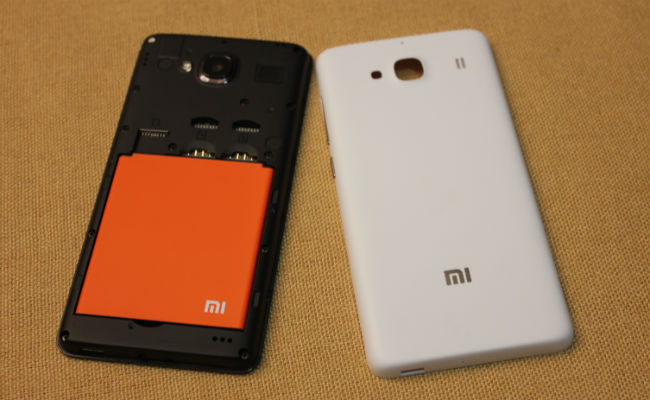 Perhaps the only thing that Xiaomi needs to work on is its display brightness. Users often ask how Xiaomi’s devices are inexpensive when they use the same materials as Samsung and Apple. Well, that’s not quite accurate. Xiaomi has often talked about this in fact. While the company’s displays do come from Sharp, Samsung may be buying the best that Sharp can offer, while Xiaomi goes for the second best. At the prices that the company sells its devices for, it’s more than justified. The display on the Redmi 2 also lacks something by way of viewing angles. They’re decent, but not the best.

What it lacks in brightness and viewing angles though, the Redmi 2 makes up for in sharpness and colour reproduction. Placed next to a Moto E, you can easily see the difference that the higher 720p resolution makes. In addition, the Dragontrail glass provides a premium touch experience that the Lenovo A6000 lacks. Also, it makes the display practically scratchproof. 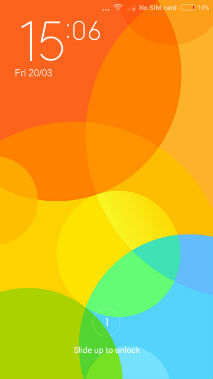 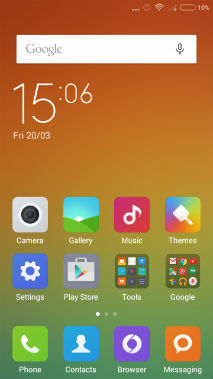 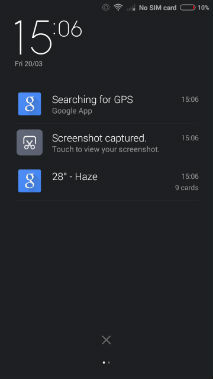 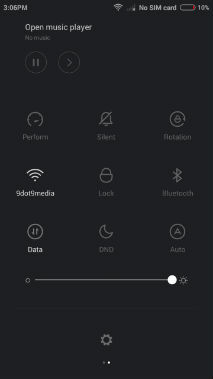 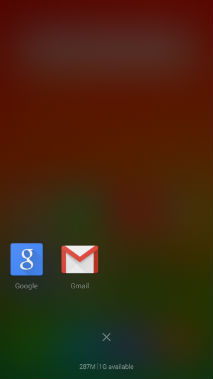 Lastly, MiUI 6 is all about appearance and adds a little more to the overall display.

With 1GB RAM and the Snapdragon 410 SoC, the Redmi 2 offers better performance than the Moto E (2nd Gen) and is the same on benchmark scores with the Lenovo A6000. On regular usage, there’s hardly a difference between the three though. If you place the three side by side, the difference in gaming quickly becomes very apparent.

The A6000 suffers from Lenovo’s Vibe UI and its plethora of bloatware, while the Moto E is just downright weaker. The Redmi 2 on the other hand offers performance that is more than satisfactory for a budget device. In fact, what I was pleasantly surprised to see was that the phone was often left with nearly 500MB of free RAM out of the 1GB that it comes with. Why is this good? Because it offers just a little bit better multi tasking.

I didn’t come across any crashes on the device and the app load times were what I would expect from a phone that costs Rs. 6,999. In a high end game like Asphalt 8 or Marvel: Contest of Champions, the lags and stutters are at a bare minimum. The Marvel game for example uses a lot of data alongside the GPU’s graphics performance. In this, the Redmi 2 sometimes stuttered when running on mobile data. On WiFi, where the connection was more stable, the Redmi 2 performed better. To make it clearer, imagine something between the Micromax Yu Yureka and Asus Zenfone C. That, in my book, is good in this price range.

The benchmarks on this phone don’t show the difference in the performance well. The Lenovo A6000 and Xiaomi Redmi 2 are very close to each other, while the 3G variant of the new Moto E is far behind.

The only area that Xiaomi hasn’t improved upon is the camera. The 8MP camera on the Redmi 2 is same as its predecessor and maintains the stellar image quality that we had appreciated in that device. The only addition is the camera app from MiUI 6. The focus circle doubles as an exposure controller, which would make a lot of sense for camera enthusiasts and is an useful tool in low light conditions.

Apart from the display, another area where the Redmi 2 is still weak is the battery. Yes, Xiaomi put in a bigger 2200 mAh battery and it lasts longer than the Redmi 1S, but it’s still not as good as I would have liked. On our battery test, the phone lasts 6.6 hours, up an hour from the Redmi 1S, but it’s just at par with the 3G variant of the Moto E (2nd Gen) and the Lenovo A6000. It got me through my work day (which is about 12 hours), but in general, I had to charge it at least twice.

At Rs. 6,999, the Xiaomi Redmi 2 is the best performer in its price segment right now. The company has improved almost every aspect of the device and added a few new features. The dual-4G element makes it future ready but till 4G becomes really widespread in India, the dual-3G element also adds a bit to the overall value. Except the brand value and service network, in which Motorola is still the leader, there’s really no reason to not go for the Redmi 2. Lenovo had the first mover’s advantage with its A6000, but it will have to give it up to Xiaomi now. Of course, you’ll have to get past Xiaomi’s flash sales for that.