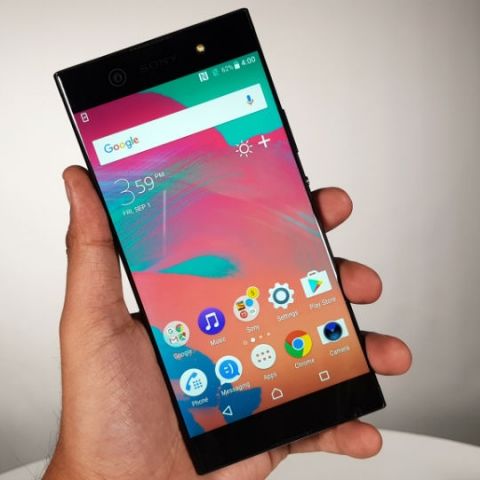 If you can get past the lack of a fingerprint sensor, the Sony Xperia XA1 Ultra is a dependable smartphone for big-screen phone lovers. It's just not the best value for your money at nearly Rs. 30,000.

Bezel-less phones have become the trend lately, and believe it or not Sony has been with it this time. The company’s Xperia XA branded smartphones have followed bezel-less form factors for a while, and this, the Xperia XA1 Ultra is the “biggest” of the lot. It has a 6-inch near bezel-less screen and Sony’s top-end 23 megapixel rear camera. In some ways, the Sony Xperia XA1 Ultra has the specs down right, but then it also has some glaring flaws.

Reviewers, me included, have often questioned Sony’s insistence on sticking to its blocky Xperia designs. But if there’s one phone where that worked, it’s here. The Xperia XA1 Ultra sports a nearly bezel-less screen, which looks quite striking thanks to the large size. The device is sturdily built with no untoward creaks. The sides are slightly curved, while the corners are sharp, giving the device a slab-like look and feel. 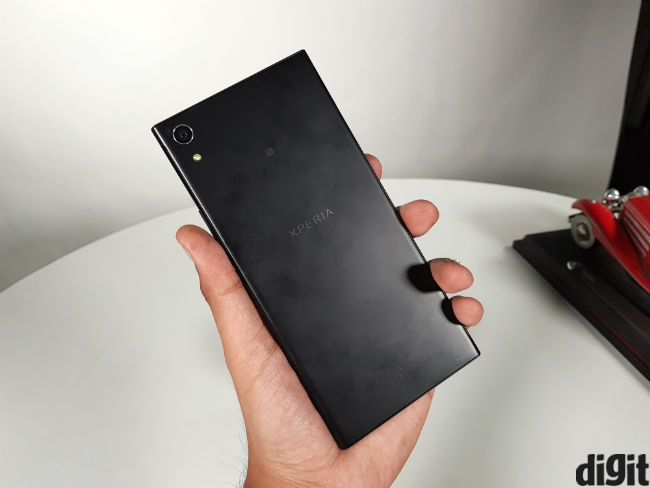 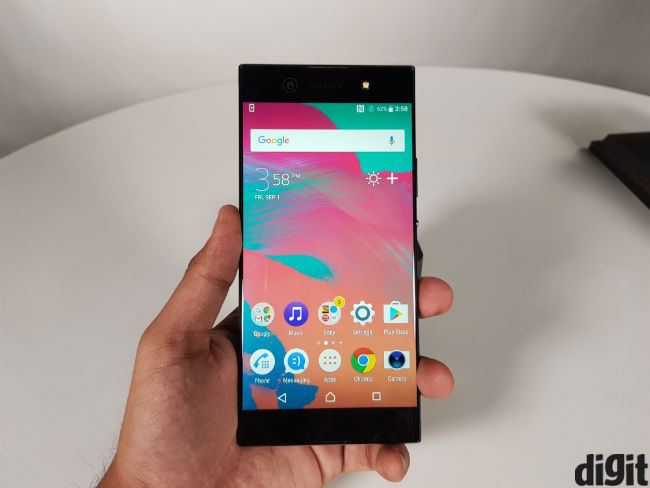 The round power button lies on the right side, with the volume rocker above it. There’s a dedicated camera shutter button below these, while the dual-SIM slot lies on the left of the smartphone. There’s also a dedicated micro-SD slot alongside the SIM slots, while the USB Type-C port and mono-speaker is on the bottom of the device. The headphone jack is on the top.

Also, Sony’s design is seamless and attractive, but the Xperia XA1 Ultra is not ergonomic by any stretch of imagination. The bezel-less design is somewhat wasted because of the two large glossy strips of plastic above and below the screen. Bezel-less displays are usually more immersive, but Sony somewhat kills that with the thick strips on either side. It also makes for a rather large form factor that is uncomfortable in your pocket, or to hold, and you can certainly not use this with one hand. But lack of ergonomics will perhaps be ignored by those looking for big-screen phones. 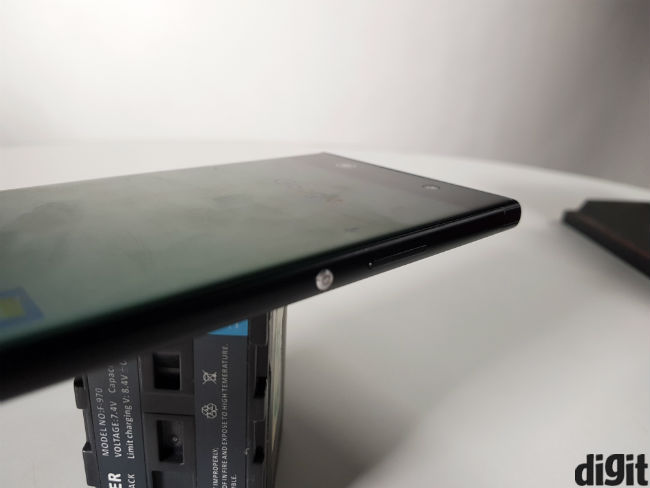 Barring its flagship Xperia XZ Premium, Sony has never really been known to push the boundaries with display resolution. The company thinks 1080p is all you need, even on a 6-inch display, and Sony is probably right. While 367ppi pixel density sounds somewhat low, the 1080p display on this device looks great.

To be clear, Sony’s display isn’t the most colourful and it doesn’t have AMOLED level contrast, but it brings a pleasant mix of everything. Colours are well balanced and contrast is high enough for things to looks good. Barring Samsung’s AMOLED panels, there are a few phones in this price range that can offer a better display.

The screen is also scratch resistant and doesn’t take to fingerprints easily, making it a pleasant experience overall. Auto brightness isn’t totally seamless, but then that’s true for almost every Android phone today.

This is where things start breaking down. The Xperia XA1 Ultra is powered by the Helio P20 chipset from MediaTek. To be clear, Sony provides a decent experience here too, but it’s not the fastest phone out there, and noticeably so.

The Xperia XA1 Ultra is smooth as long as swiping across screens and in-app performance is concerned, but it suffers from occasional stutters and lags that will only increase over time. For instance, gaming performance is mostly smooth, but many in-game transitions and animations tend to be a little choppy. Similarly, most apps will run smoothly, but they’ll take slightly longer to load or the phone feels sticky when transitioning between app to app. If you’re downloading multiple apps on the background, animations may get laggy as well. 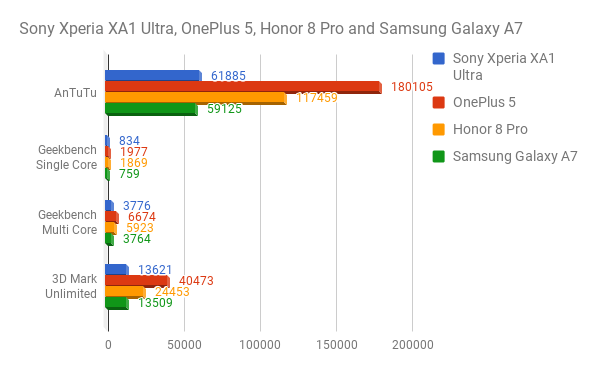 From a performance point of view, the Xperia XA1 Ultra doesn’t qualify as fluid or smooth, which isn’t particularly new for a Sony smartphone. The company has evidently tried its best to optimise things out here, and succeeded to some extent. It’s possible that the MediaTek Helio P20 is more inclined towards thermal and battery efficiency than raw power. That said, we’ve seen more fluid performance even on cheaper phones running the Snapdragon 625.

While Sony’s competitors are touting dual-cameras, the company itself is focused on in-house technology. The Xperia XA1 Ultra sports Sony’s 23MP camera on the back with f/2.0 aperture and the IMX300 sensor. The pixel size lies at 1.1 micron, which again doesn’t push the limits of low light performance. On the front is a 16MP sensor, which is difficult to miss thanks to the rather large module. 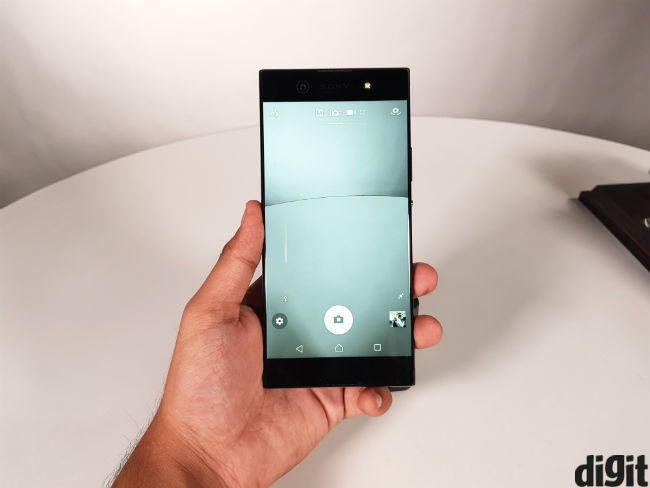 The second unit of the Xperia XA1 Ultra indeed performed better on the camera front. Images taken by the device capture decent amount of details, but colour saturation is slightly higher than usual, which is a surprise coming from Sony. Also, we noticed a greenish tint on some photos, from time to time. Lastly, low light images are decent, but noise levels are higher than ideal, reducing details. 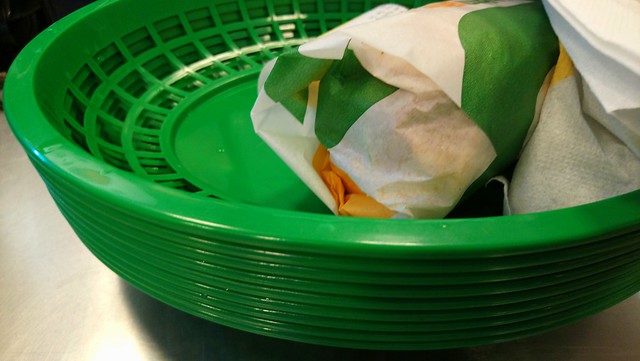 It’s worth noting that the Xperia XA1 Ultra shoots photos in 20MP by default and in 16:9 aspect ratio. You can change this to 4:3 and 23MP from the settings, and there are options for 12MP (in either aspect ratio). There’s a manual mode for deeper control over photos, allowing you to customise white balance, shutter speed, focus and EV settings. The Xperia XA1 Ultra can shoot videos in FHD HDR. 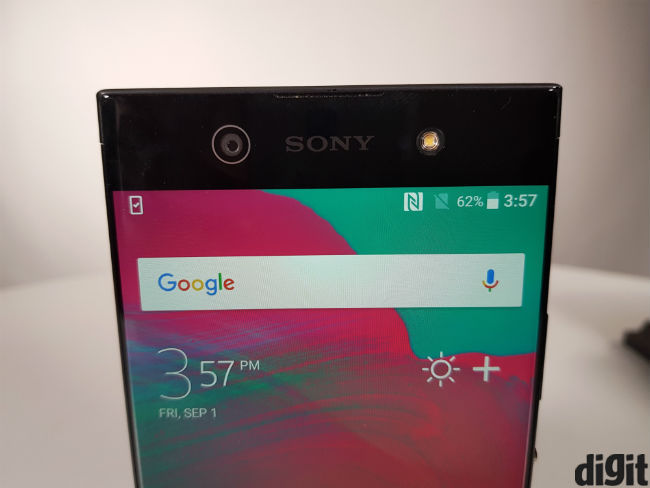 If we were to choose between the two cameras, Sony has done a better job with the front shooter here. Barring a tendency to overexpose the whites, the camera does a decent job. Most importantly, Sony’s front camera keeps photos natural, rather than adding beautify elements that smoothen skin tones and make photos look unnatural.

The big screen does draw a lot of power, so even though the Helio P20 is efficient, overall battery life is not great. The Xperia XA1 Ultra lasted just over 8 hours on the PC Mark Work 2.0 battery test, which translates to about 10 hours of regular usage. That would get you past a work day, but one wonders whether that’s sufficient from such a device. Big-screen phones have so far been known for long battery lives, and with Sony’s form factor, a bigger battery was perhaps warranted.

On the other hand, the company has added its Qnovo Adaptive charging technology to the phone, that tries to preserve the battery’s overall life cycle. MediaTek’s Pump Express 2.0 fast charging technology is also on board, and you can charge the Xperia XA1 Ultra from zero to 100 in under an hour.

The Sony Xperia XA1 Ultra is one of the many big-screen options available on the market today. It’s difficult to get past the fact that it doesn’t have a fingerprint sensor, but even if that doesn’t matter, the value proposition just isn’t enough. The Xperia XA1 Ultra is a dependable smartphone, but at these price points it’s difficult to justify, which brings us to the last aspect of this review.

A Sony fan will perhaps be fine with a dependable smartphone made by Sony. However, with phones like the Samsung Galaxy C9 Pro, Galaxy C7 Pro and the much cheaper Xiaomi Mi Max 2, there’s little to justify this device. The Xperia XA1 Ultra loses out to Samsung’s phones in terms of display quality, performance and battery, while its camera prowess is decent at best. On the other hand, you get a better camera than the Mi Max 2 here, but the latter’s cheaper price tag, better battery life and comparable display quality makes for a better value proposition.

While those phones would suit big-screen lovers, the Honor 8 Pro and slightly more expensive OnePlus 5 are far better smartphones (in all respects) than the Xperia XA1 Ultra.