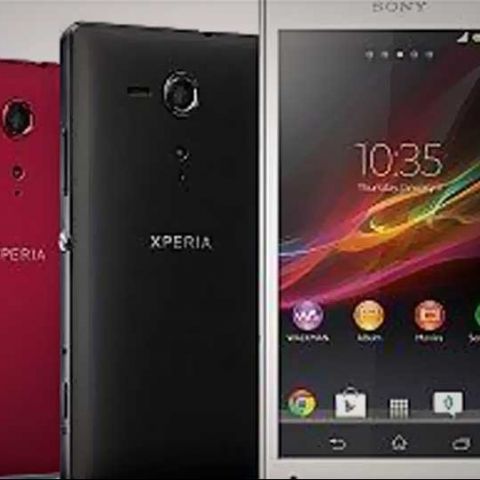 While Sony has focussed all its energies towards the flashier Xperia Z, they could have had gem on their hands with the Xperia SP. It surprised us with the sophistication of its build, and its rather capable hardware. Despite that, its pricing is still too close to more desirable and powerful phones. Wrong pricing will probably be the downfall of what is otherwise a very capable phone.

Without doubt, all of Sony’s energies seem to have been focussed on all things Xperia Z. And why not? It is the flagship smartphone that rocks all the goodness like a water resistant chassis and a 13MP camera among other things. But, what Sony has on their hands here is a real gem, with the Xperia SP. It seems to be ticking all the right boxes, including the most critical one – the price.

Build & Design
This is essentially where the Xperia SP’s journey begins, and it begins on a good note. Take the phone out of the box, and what greets you is a rather impressive persona. The review unit we received had the white colour finish, with a frame of grey around it. It looks very good, but there is a surprise in store – it feels rather heavy. Tipping the scales at 155 grams, it is definitely on the heavier side, but nothing that isn’t manageable. Certain elements ensure a family resemblance – like the thick power key on the right spine. Accompanying this is the volume rocker and the camera key. The left spine has the micro USB port for the charger, and the area around it is slightly thicker than the rest of the spine. The grey colour around this means we would advise caution when plugging this to the mains, otherwise there will be visible scratches.

Coming back to the front of the Xperia SP, we have the 4.6-inch display with a rather thick bezel around it. But no touch sensitive keys below it, something that had become a tradition with Android phones. Those keys, for all purposes, are now integrated in the UI, and are available on screen at all times. At the very bottom though is the translucent strip, which lights up for notifications – rather classy. Above the display lie the front facing camera, the ambient light sensor, and the proximity sensor.

Flip the Xperia SP over, and the matte white colour finish welcomes you. The rear cover can be opened easily, thanks to the smooth mechanism – something that has been a lot worse in quite a few other phones. This is where you get access to the SIM card slot and the micro SD card slot.

All in all, the Xperia SP is a rather well built phone that surprised us with the sheer amount of persona and premium feel. Particularly at the price it is available for. Materials used are of very good quality, and while the thickness and the slightly heavy design may put off some people, those who do persist will get a rather well made phone.

Features
Before we get down with the tests and the benchmarks, let us give you an idea of how the Xperia SP compares with the closest rivals.

Performance
With the 1.7GHz dual-core processor on board, assisted by 1GB of RAM, performance is mostly on the more than acceptable path. In terms of the benchmark tests, we ran into some rather surprising results. In quite a few tests, the Xperia SP was ahead of the likes of the Google Nexus 4 and the LG Optimus G! We verified, and it was even ahead of the Xperia Z in certain tests. However, the Xperia SP does get a beating in terms of the graphics tests. We have some benchmark graphs to illustrate the how the performance compares between some of the big name phones.

Call quality is fairly acceptable, but is a tad behind the Nexus 4 and the LG Optimus G in terms of loudness of the earpiece, though it is at par with most rivals. The Xperia SP holds signal better than the Xperia Z in certain areas, which is a bit of a surprise – considering it is usually the lesser priced products that lag in some aspect!

Battery life of the Xperia SP is quite good. As a primary phone, with 2 hours of voice calls through the day and 3G connected throughout, the SP lasted from one morning 8am till 2.30pm the next day on a single charge. Throughout, the screen brightness was set at 30%. Any variation in the battery backup times that you may experience could be because of a different usage pattern. Among all the phones we have compared here, the Xperia SP has the biggest battery pack, but surprisingly, the phone does not have a clear advantage over the rivals, with the backup times remaining at par.

Sony has retained the plain-Jane display, unlike the rivals who have rather fancy displays. What impresses us with the SP’s display is the text readability. It does fall behind a bit in terms of colour richness, and undoubtedly, the smoothness of the UI and the touchscreen response is slightly better on the Nexus 4 and the HTC One X . Not to say that the Xperia SP is bad, but those two phones just feel a lot smoother and more premium.

The 8MP camera on the Xperia SP is, just like all the Sony phones we have reviewed in the last 12 months – a disappointment. For all the claims of new innards and revolutionary technology, the fact remains simple – low light shots are pretty much useless. We had the same problem with the Xperia Z, and now with the Xperia SP. There is just too much noise in any picture taken in less than perfect lighting. On the opposite end, shots taken outdoors during the day or in good light are crisp and fairly good. The colour richness is fairly generous, and so is the overall crispness of the shot. To top it off, the camera does take a bit of time to actually be ready to take a shot, but the fairly quick shutter speeds make up for that by letting you take shots in quick succession.

Bottom Line
Without doubt, the Sony Xperia SP is a rather competent smartphone. The Xperia SP surprises us with the sophistication of the build and rather capable hardware. But, the wrong pricing could ensure that the SP could fall off the radar quicker than what the overall package deserves.

While the Xperia SP’s dual-core chipset does well, it can’t compete with the performance or the graphics of its quad-core rivals in the same price range. At its price, the Xperia SP compares with the likes of the HTC One X and One X and even the Samsung Galaxy S III - if you happen to get the correct deal, thanks to their recent price rejig. While the One X may not be winning all the benchmark tests, it does deliver a very premium feel making it worth the money, for example.